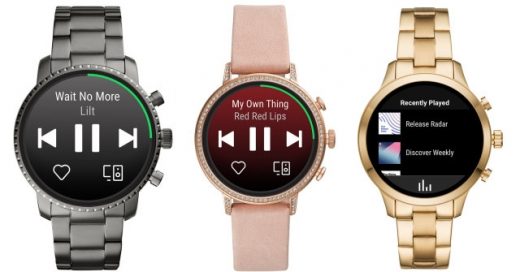 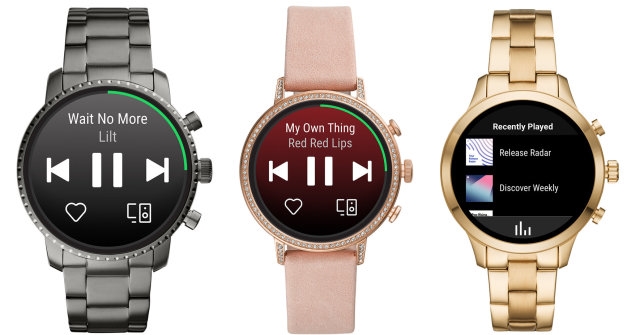 You’ll now be able to bring your music volume down to one percent (when ads start) without having to take out your phone, as Spotify has announced a new app for Google Wear OS. That’s not to say there was never a Spotify app for Android wearables. A Spotify app did launch for Android wear, but wasn’t regularly updated. It got to the point that third-party apps were being released to give Android wear fans a more usable Spotify experience.

The app brings with it most features found in Spotify’s Android app, but in a compact and on-the-go format. Spotify has also partnered with Fossil by preloading its software on all Fossil and Michael Kors devices moving forward. Unfortunately the app still requires your phone to stream music, so do not expect the phone-free experience that Apple Music users have on the Apple Watch.

This is welcome news for Wear OS owners as Android smartwatches have been lagging in features, especially when compared to the recent Apple Watch Series 4. But last month Qualcomm threw a press conference announcing its more efficient Snapdragon Wear 3100 chip. While the chip is largely the same to its predecessor — the Snapdragon Wear 2100 from two years ago — it draws a lot less power, extending battery life. Google has also revamped the operating system to something that feels more like it was meant for smartwatches, rather than a miniaturized version of Android.

While these are noteworthy updates for Wear OS, there’s still only one watch on the market with the Snapdragon 3100 chip, and it’s expensive. But as Samsung and Huawei differentiate with its own wearable operating systems, it’s up to Google and its software partners to bolster Wear OS before the market fragments further.

The app isn’t out yet, but Spotify said it will be out in the coming week.