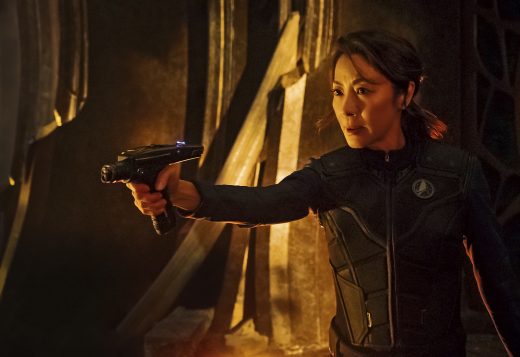 ‘Star Trek Discovery’ failed to do what good sci-fi does

Just repeat to yourself, it’s just a show, I should really just relax.

This article contains mild spoilers for the first season of ‘Star Trek Discovery’.

At its best, science fiction does more than just entertain, or ensure its cliffhanger is strong enough that you come back next week. The cool spaceships and robots are just the framework through which we explore the anxieties and morals of our society at large. And we’re at such a febrile point in history that we need sci-fi to ground us in what’s coming in the not-too-distant future. I’ve been preaching patience for a while now, but I don’t think that I can defend Star Trek Discovery any further. The conclusion of its debut season has shown that, for all the promise of its raw material, it’s been a big disappointment. The show lacked soul, and a theme, to the point where it has devoted its running time to celebrating its own coolness rather than exploring any sort of idea.

Sci-fi is everywhere right now, and the small screen has become a welcoming home for so many great sci-fi shows about so many things. Altered Carbon, which debuted last week, comes with the structural question about if it’s right to use science to achieve immortality. Black Mirror continually asks questions — and preys upon our anxieties — about humanity’s relationship with technology and information.

And there is plenty for a sci-fi series to play around with right now, including the role of truth in a world where information is a weapon, how automation threatens to render huge numbers of us obsolete and how we will cope in a post-work world. Or if humanity can indeed survive given the looming threat that climate changes poses to us all. What about the fact that most of us have the sum total of human knowledge, and yet have become less capable of engaging with the outside world?

Instead, Discovery gave me 15 episodes of serialized storytelling that, as Alex Kurtzman admitted to TrekMovie, was worked out backwards. Now, lots of TV shows are plotted in this manner, but with this series it led to incidents and character development that took place because the storyline demanded it. I doubt even he could explain, in a single sentence, what Discovery’s overarching theme was, or if it had one at all.

If it was about remaining true to your principles in a time of violence, then that didn’t really work, since the Federation only survived in the end by threatening an act of genocide. If it was about respecting other people’s viewpoints, then why didn’t we see any of them play out in the show? There’s a hint of a redemptive arc with Burnham regretting her decision to mutiny, but the show already said that she was, in hindsight, probably right. If it was a warning about meddling with technology you don’t understand, how come the spore drive worked so successfully for much of the war? 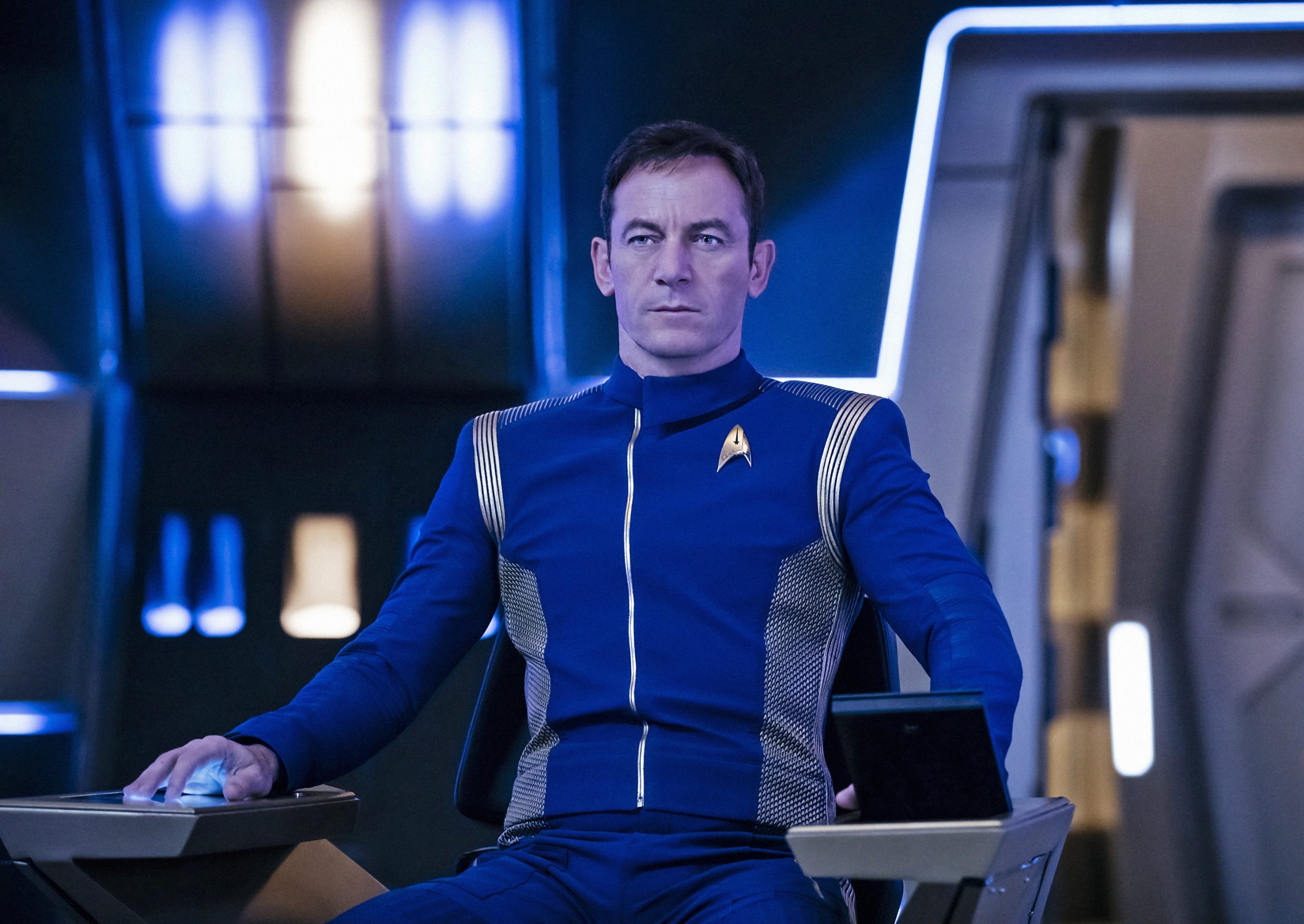 For the better half of a century, the Star Trek franchise was the daddy of wrestling with Big Ideas, even if they’re often tackled melodramatically. In the ’60s, the show examined how the US — because the Federation is always an idealized version of America, no matter the decade — behaves on the world stage. First airing just two years after the Civil Rights Act, it imagined a world where people weren’t judged on their race or religion.

From Next Generation through to Voyager, the theme was this idea that groups of people, no matter how diverse, can put aside their differences and work together. The team would find a problem, and look for an inventive way to solve it that actually sought to make things better, rather than worse. Hell, they were even prepared to put their own comfort at risk to do the right thing for other people.

By comparison, Discovery seemed so enamored with its underwhelming Mystery Box-type surprises that it lost all sense of its soul. One problem with Mystery Box shows — which hinge on hints and twists developing over years — is that they often can’t work in an age of hyperconnectivity. Back in 2015, Rick and Morty co-creator Dan Harmon said that “Payoff-based TV” was dead because “the audience is essentially a render farm.”

It’s one of the reasons that Discovery, like Westworld before it, was a little underwhelming, because its big gosh-reveal twists were no match for Reddit. We were just four episodes in before someone started poking around cast lists to work out that Ash Tyler was secretly Voq. Similarly, the Mirror Universe-Lorca plot was being kicked around as early as November, but Discovery banked on these big twists as the basis for its season.

Speaking of the Mirror Universe, the arc that dogged the final half of Discovery’s first season left me full of gripes. From a storytelling perspective, a show about people’s opposite selves only makes sense when you’re well-acquainted with their OG counterpart. We had barely gotten to know “our” crew before we had to meet their evil, goatee-wearing equivalents. And yet, we spent weeks in the universe of space racists without exploring anything about their, uh, space racism. 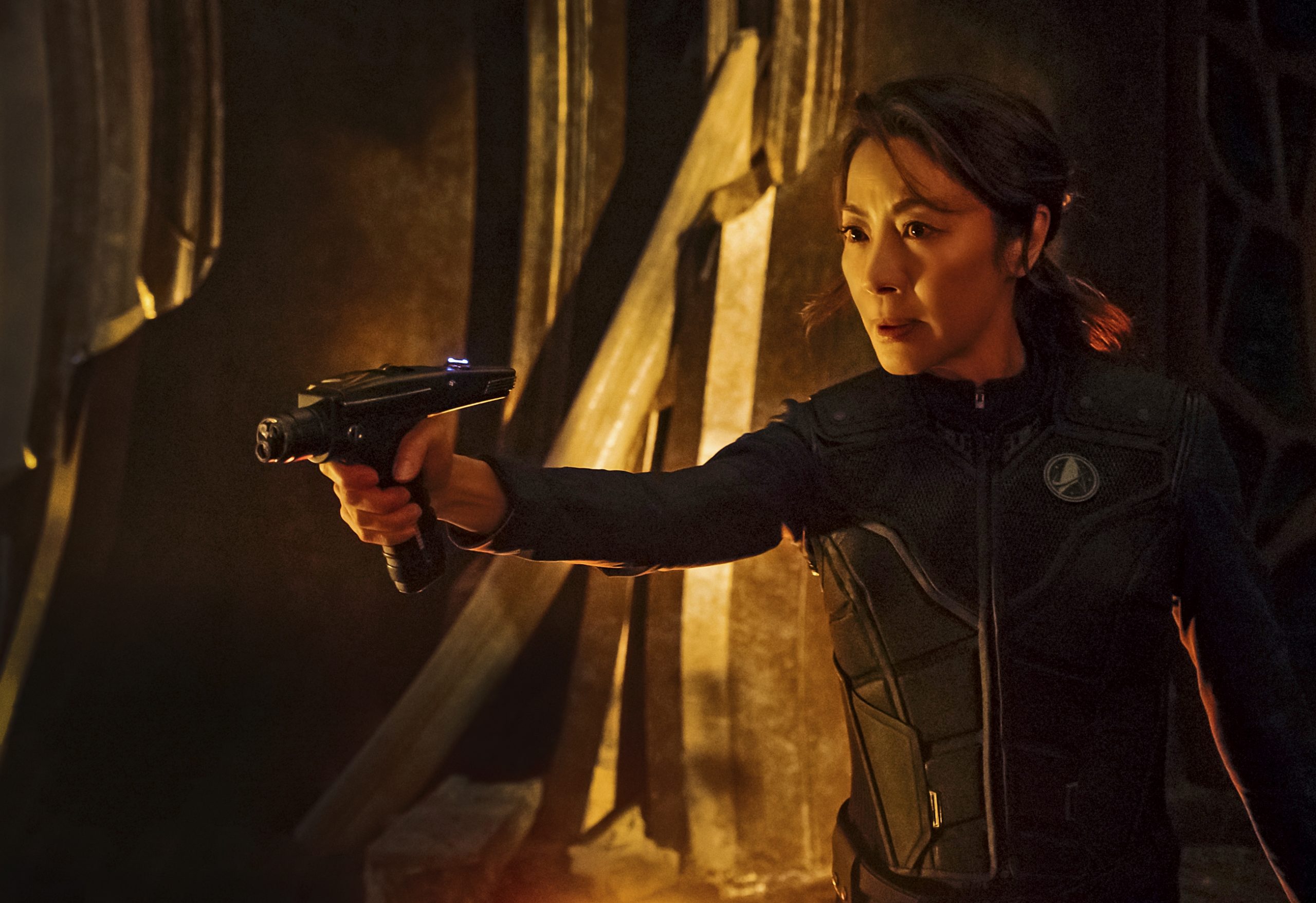 If you wanted to examine the worrying rise in crypto-fascism that appears to be dogging the political sphere, then Star Trek’s Mirror Universe would be an ideal place to start. Are all Mirror-humans born specifically hating other people, or is it drilled into them through education and brainwashing? Was there a charismatic but neglectful leader who sparked this whole philosophy off in the service of furthering their own agenda? Are there good, or otherwise benign Terrans who are coerced into complying with facism out of fear? Here’s one: If space racists are so worried about purity, then why don’t they hate humans from other ethnicities?

Unfortunately, we didn’t get any time for any of that, because we had to watch some prolonged action sequences shot on a TV show budget. When Captain Lorca showed his true colors, he did so by shouting buzzwords about strength and purity into the ISS Charon’s PA system. I would have loved, for instance, some explanation of why the Terran Empire’s technology and spaceship design is identical to the Federation’s*? (Yes, I know, it’s just a show, I should really just relax.)

I mean, there’s actual a historical precedent here: In the 1930s, a number of Jewish scientists fled Germany, fearing for their lives. Albert Einstein, Niels Bohr James Franck, Leo Szilard, Otto Frisch and Hans Bethe were all forced to escape to the UK and US. Later, Einstein’s work was dismissed by German scientists as “Jewish world-bluff;” degenerate physics. Many of these people would work on the Manhattan Project, creating the world’s first atomic weapon. You can bet that, over a longer period of time, the Terran Empire would be leagues behind the Federation in terms of technology.

I didn’t hate Discovery so much as I found the whole thing to be a disappointment, especially since many of its elements were perfect. The main cast are, without fail, universally excellent, and often carried writing that was poor, clunky, or both. I’m sad that fellow brits Jason Isaacs and Shazad Latif are no longer on the show, but carry a torch for standouts like Anthony Rapp, Doug Jones and Mary Wiseman. Discovery looks beautiful, with cinema-quality effects and production design, and it feels almost real in a way that few Star Trek shows ever achieve. You can tell that it was made with love and plenty of money.

It’s just a shame that all of the time, effort and money went into creating a show that’s entirely forgettable.