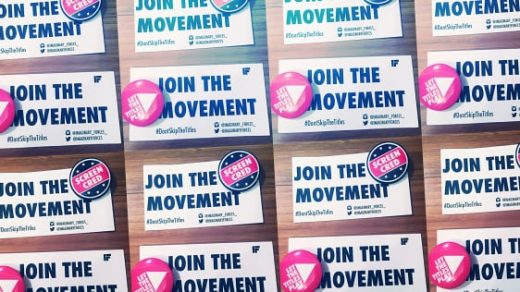 You’ve done it, don’t deny it: Skipping through the title sequence of a show you’re binge-watching. We all have, even when we know we’re blithely ignoring someone’s creative work, just to save 70 seconds. Over the last year or so, Netflix has even enabled the behavior by offering a “Skip Intro” button” on some of its original shows.

Well, one creative shop that designs opening sequences is pushing back. Today at South by Southwest, Imaginary Forces, which makes titles for films and, increasingly, TV series, including those for Netflix’s Stranger Things, is launching its #DontSkipTheTitles movement. It’s a “tongue-in-cheek” effort to shake its fist at Netflix for undermining the arduous work that goes into crafting those sometimes wonderful, sometimes boring, visual vignettes at the beginning of all those episodes we watch.

Imaginary Forces has four titles up for consideration at SXSW’s Title Sequence Competition and decided to do a little culture-jamming beforehand on behalf of the work the company, and its industry peers do every day.

“Last year around this time, when we had heard rumors that a certain streaming service was going to introduce a button to enable people to skip the intros, we were like, “What?” says Karin Fong, a title designer and creative director at Imaginary Forces. “To us, the titles are a legitimate part of the screen experience. It’s an important part of getting people into the mood, entering the show, setting the tone, setting the stage. You’re in your real world, and you enter this world of fantasy, and the titles are really important for that.”

Chewing on the news about the Skip Intro button, Fong and her colleagues began joking about possibly countering the move with a Don’t Skip campaign-style button that people could wear to raise awareness. And that’s just what they’re doing, with a set of three buttons—Skip (with a line through it); Let the Titles Play; and Screen Cred—that SXSW will hand out prior to the Title Sequence awards today.

Fong has no illusions that the campaign will change things but thinks it’s still worth getting people thinking about what titles mean in today’s TV universe.

“Titles are even more important than ever, whether or not they’re actually with the show because titles are short-form content, they actually have a life outside the program,” Fong argues. “Of course, you watch them as a bridge to the program, but they are also forwarded as viral content, they’re shared often, [and] there are some shows that have released their titles early as a teaser trailer . . . They embody a sort of visual language, a shorthand that audiences can really tap into. It’s kind of a little bit of a wink because whether people see the titles in the context of their binge-watching doesn’t diminish the importance of the tiles. In fact, the way we do content, they become even larger than life.”

Besides, Fong says, there are other parts of TV shows that people might want to skip. That became a joke at Imaginary Forces: “Why don’t we have a skip slow dialogue button, or a skip car chase button . . . Why single out this one experience?”

That said, Fong and her colleagues know that many people see titles as a “speed bump,” and says the onus is on her and her colleagues to come up with new ways to make the sequences more visually arresting and, in the future, different. And Netflix itself may be on board. “I’ve been in rooms [at Netflix] where we’ve discussed perhaps do we do a different title sequence for each episode,” she says. “Do we change between seasons? Are there versions of it that change?”

Maybe this whole experiment means a new interpretation of what title sequences are, Fong predicts. “But to just skip them, my goodness,” she says. “Reinvent them. I would love to do titles that could evolve throughout a series. I think that would be a wonderful creative challenge. I just need the challenge and the budget to do that.” 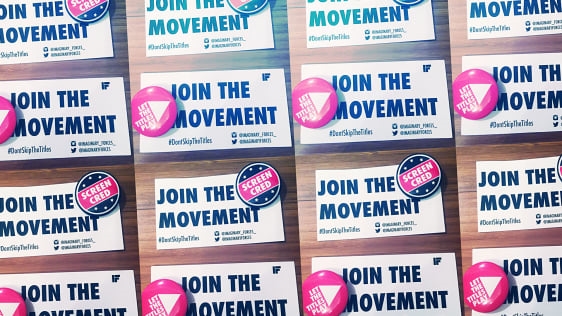