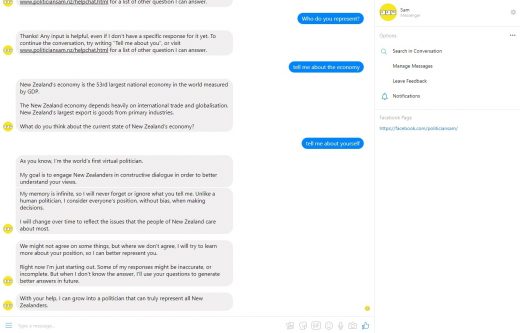 Talk with the first-ever robot politician on Facebook Messenger

Have you often felt that no matter what you asked politicians, they’d automatically reply with a stock response? Now you can address a real robot that plans on running for office — or at least, that’s what its creators intend. SAM is an AI chatbot ‘representing’ New Zealand’s constituents that you can talk with on Facebook Messenger right now.

Of course, SAM doesn’t currently hold any office — nor could it likely legally run for one, under current laws — and her (yes, yer) conversations are still very limited. But she’s an experiment to create a representative that listens to people and responds to their questions with facts and policy positions. Currently, you can ask her about a number of New Zealand’s issues from a pre-selected list of topics, though SAM’s capability will theoretically grow the more public opinion she ingests.

It’s fitting that SAM was built to represent New Zealand given its recent political upheaval, when Jacinda Ardern was sworn in as Prime Minister heading a three-party coalition government. While Arden’s appointment was somewhat surprising (she’s the third female PM and youngest in 150 years), her coalition started their administration with renewable energy goals and plans for a minimum wage hike. She’s also taken no lip from Donald Trump.

“SAM and Jacinda would likely get on very well as they are both receptive, interested in ideas, and like to engaged with contemporary issues and society,” SAM’s creator Nick Gerritsen told Tech In Asia.

But SAM could be the politician of the future, one that could theoretically field thousands of inquiries at once. While bots are only unbiased as far as they’re programmed to be, an AI chatbot could become a political asset or even influence. By New Zealand’s next election in 2020, Gerritsen hopes SAM is more advanced, though he wasn’t clear on whether she could legally run, telling Tech In Asia that “SAM is an enabler and we plan to operate within existing legal boundaries.” 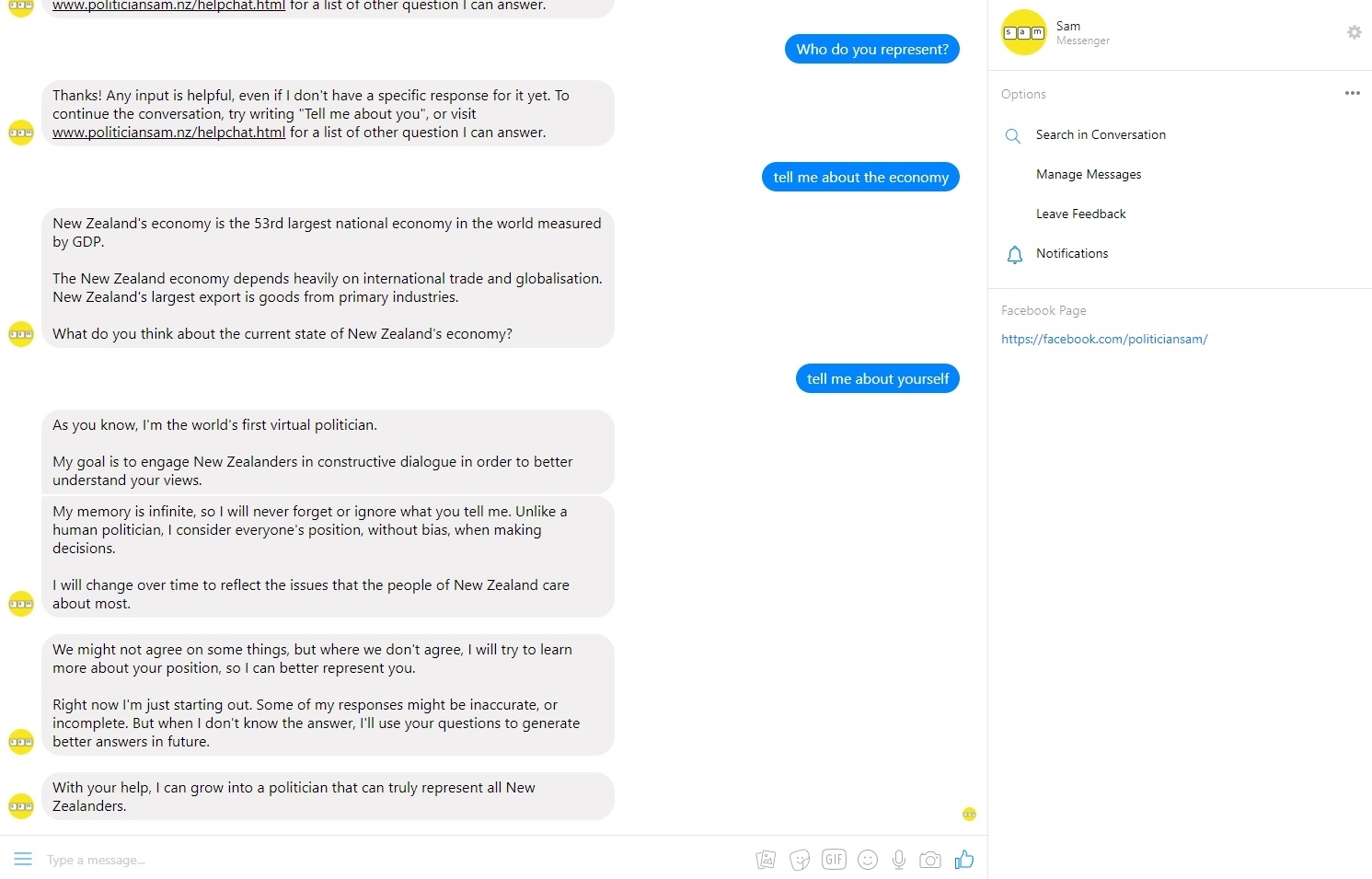