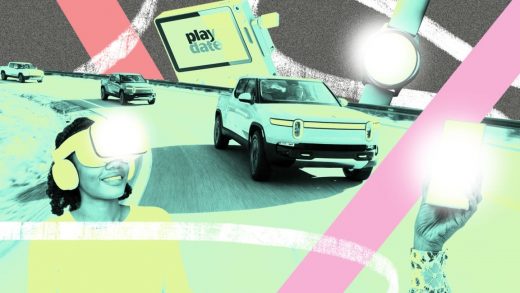 The 12 most anticipated tech products of 2022

Depending on the breaks, 2022 could be a very eventful year for new tech products and even whole new tech categories. From gaming to electric vehicles to mixed reality wearables, next year’s releases could even begin a shift in the way we view tech’s role in personal and business life.

I’ve taken my best shot at rounding up the most significant and anticipated of those releases. It’s admittedly a mixed bag. Some products have already been announced, and—barring disaster—will be delivered next year. Others are still in the rumor stage, but have a reasonable shot of making it to market. Others are straight-up longshots. But some segment of them will indeed show up.

Panic Playdate. Panic’s new Playdate handheld video gaming device should finally see daylight in early 2022 after the company delayed its launch twice. The Playdate, which was originally announced in 2019, has a 1-bit black and white display and the main control is a four-way directional pad. It was designed in collaboration with the eclectic Swedish consumer electronics company and design house Teenage Engineering, which might be the reason for its most intriguing feature: a hand crank on the side of the device that’s used for game control. Panic plans to release games in “seasons,” with new titles every week for twelve weeks.

Valve Steam Deck. Valve and AMD said in July that they’d collaborated to build a new handheld gaming computer called the Steam Deck. The device looks a lot like the Nintendo Switch, but is the first PC-compatible handheld console and can play the full Steam library of Windows PC games. After the Steam Deck was officially announced last July, orders for the device at the Steam website came so fast and furious that they briefly overwhelmed the servers. Then in November Valve notified people who had placed orders that delivery would be pushed back to February 2022 because of the chip supply shortage.

Rivian R1T and R1S. Rivian Automotive recently held an IPO that yielded it almost $12 billion dollars and valued the EV upstart at more than $65 billion—more than some of the world’s best-known auto makers. The company is working on delivering a fleet of local delivery vans to Amazon, which owns 20% of Rivian. But its marquee products are an electric pickup truck and an electric SUV. The company is now beginning production on the truck, the R1T, which it expects to begin shipping in higher volumes in 2022 for a $67,500 starting price. The SUV, the R1S, will start at $70,000.

Apple Universal Control. Universal Control isn’t an actual product, but it might as well be considering the high level of anticipation for it among the Apple faithful. At its WWDC conference in June 2021, the company announced that the next versions of its iOS and MacOS operating systems would let users control a Mac and an iPad from one keyboard and one mouse or touchpad. For example, you might use a Mac keyboard to type text on the screen of the iPad, or use the mouse to drag content from the iPad over to the Mac. Apple originally announced the new feature along with iOS 15 and MacOS Monterey and that that it would arrive “in the fall.” But as Jason Snell at Six Colors points out, Apple has now updated its website to say that the Universal Control feature will arrive next spring.

Magic Leap 2. Magic Leap says it will release its Magic Leap 2 mixed reality headset next year. It will be smaller and lighter than its predecessor, the Magic Leap 1, and will have a faster processor and better battery life. It also has a decidedly more svelte, and less steampunk, design language. Notably, the field of view of the in-lens displays (where the digital imagery is intermingled with the view of the real world) is also significantly taller. The company has pivoted toward selling its AR goggles to enterprises–especially the healthcare, manufacturing, and defense industries, where they’ll be used for everything from worker training to remote surgery.

Meta Quest 3. Meta (née Facebook) said in its big metaverse presentation in October that it was working on a new virtual reality device that is meant to introduce people to metaverse-like experiences. The codename for that device is Project Cambria. That left some people wondering about the fate of the follow up to Meta’s already popular Oculus Quest 2 headset, the Quest 3. (The company is phasing out the Oculus name.) Meta CEO Mark Zuckerberg confirmed that his company is still working on the device, but gave no firm timeframe for its release. It’ll likely arrive in 2022, if the current release cadence for the product holds. The Quest 3 will feature a more powerful processor and possibly a better battery, and it could sell for even less than the $299 price of the Quest 2. It’s also possible that Meta will introduce the Project Cambria device under a brand name of its choosing during 2022.

Apple iPhone 14. As usual, Apple isn’t talking about next year’s iPhones. But if it sticks with tradition, it will release a new line of iPhones called the iPhone 14 in the fall of 2022. MacRumors believes the line up will consist of a 6.1-inch iPhone 14, a 6.1-inch iPhone 14 Pro, a 6.7-inch iPhone 14 Max, and a 6.7-inch iPhone 14 Pro Max. The major design themes of the iPhone 13 (mainly the flat metallic edges) will likely remain. But some reports say that the new phones will have either a smaller “notch” (for cameras and sensors) on the front, and others say the notch will disappear altogether. Some also believe the camera lenses will no longer protrude from the back surface of the phones, but will be flush.

Rumor has it that the 120Hz screen refresh rate (120 times a second) that was supported in this year’s iPhone 13 Pro and Pro Max models will be added to a lower-priced non-Pro iPhone 14 model next year. All iPhone 14 models will probably get processor speed boosts and camera upgrades (one report says the Pro models will get a 48-megapixel camera). It’s not a given that there will be an iPhone 14 Mini to follow this year’s iPhone 13 Mini; sales were reportedly soft for the 5.4-inch screened device.

Google Pixel watch. Google’s main role in smartwatches so far has been to supply the operating system that powers many of them–Wear OS, which it merged with Samsung’s Tizen operating system. But the company’s purchase of the fitness wearable maker Fitbit in 2019 suggested to some that Google might soon release its own smartwatch in the same way it has developed its own Pixel smartphones. The smartwatch is expected to use the Pixel brand name, too. Google hasn’t confirmed any of this, but the chatter level around the product is increasing.

Apple AR glasses. Apple has long been rumored to be working on a pair of mixed reality glasses. The release date was a mystery for a long time but the analyst Ming-Chi Kuo, who is often right about Apple releases, says the product could launch as early as late 2022. Kuo says the device will be powered by a couple of Apple home-grown chips–one for the OLED displays built into the lenses, and another less powerful one for processing information collected by the cameras and sensors on the device. Kuo says Apple is looking at the device as the eventual replacement of the iPhone as people’s central personal computing device. The glasses will also be able to display VR experiences, Kuo says. Color me skeptical about it showing up in 2022, but we’ll see.

Microsoft Surface Neo. Way back in October 2019, Microsoft said it was going to release a dual-screen tablet called the Surface Neo. It was supposed to run Windows 10X, but then Microsoft discontinued the OS. It was going to be powered by an Intel Lakefield processor, which Intel then discontinued amid all of its troubles. Now the Neo has been delayed until 2022. Microsoft has now released a first and second generation of its first dual-screen phone/tablet, the Surface Duo, but the devices have reportedly not sold well. So it’s possible the Neo will never see daylight at all.

Chevy Silverado E. GM CEO Mary Barra is expected to unveil her company’s latest all-electric vehicle, the Chevrolet Silverado E truck, during a (virtual) keynote address at CES on January 4. The truck features the a fixed-glass roof (the first on any Chevy vehicle), which creates a fishbowl-like effect in the cabin with maximum view of the outside world. The absence of a combustion engine paves the way for lots of space for front-seat and back-seat passengers, Chevy says. The vehicle, which can steer with all four wheels, can go 400 miles on a single charge using the GM-developed Ultium modular battery system. Production of the new EV truck isn’t likely to start until 2023.

Google AR glasses. Google began playing around with augmented reality long ago with Project Tango. In 2018 it released its AR development framework ARCor. And, of course, in the 2010s it gained notoriety with its pioneering-yet-despised Google Glass smart glasses. But the company has never admitted to working on its own pair of true AR glasses. Now, new job listings strongly suggest that it is. One of the job listings states: “Our team is building the software components that control and manage the hardware on our Augmented Reality (AR) products.” What the listings do not suggest is when Google might finally release its AR glasses (if they truly exist) to the market. There’s a slim chance that it could do so next year. 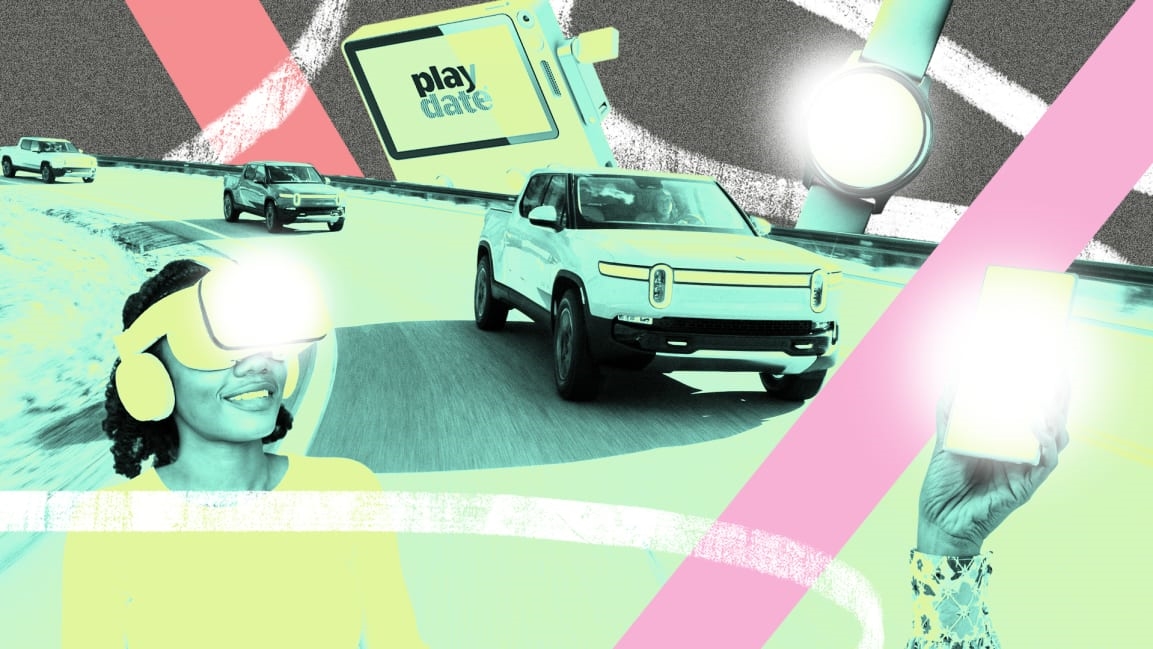