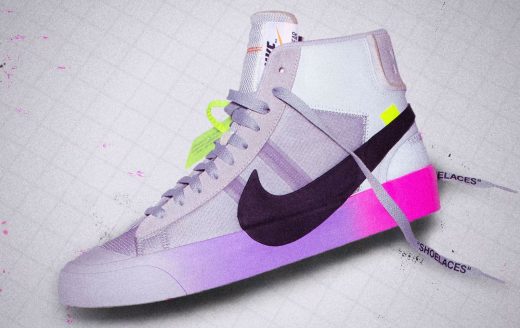 The best apps for buying sneakers 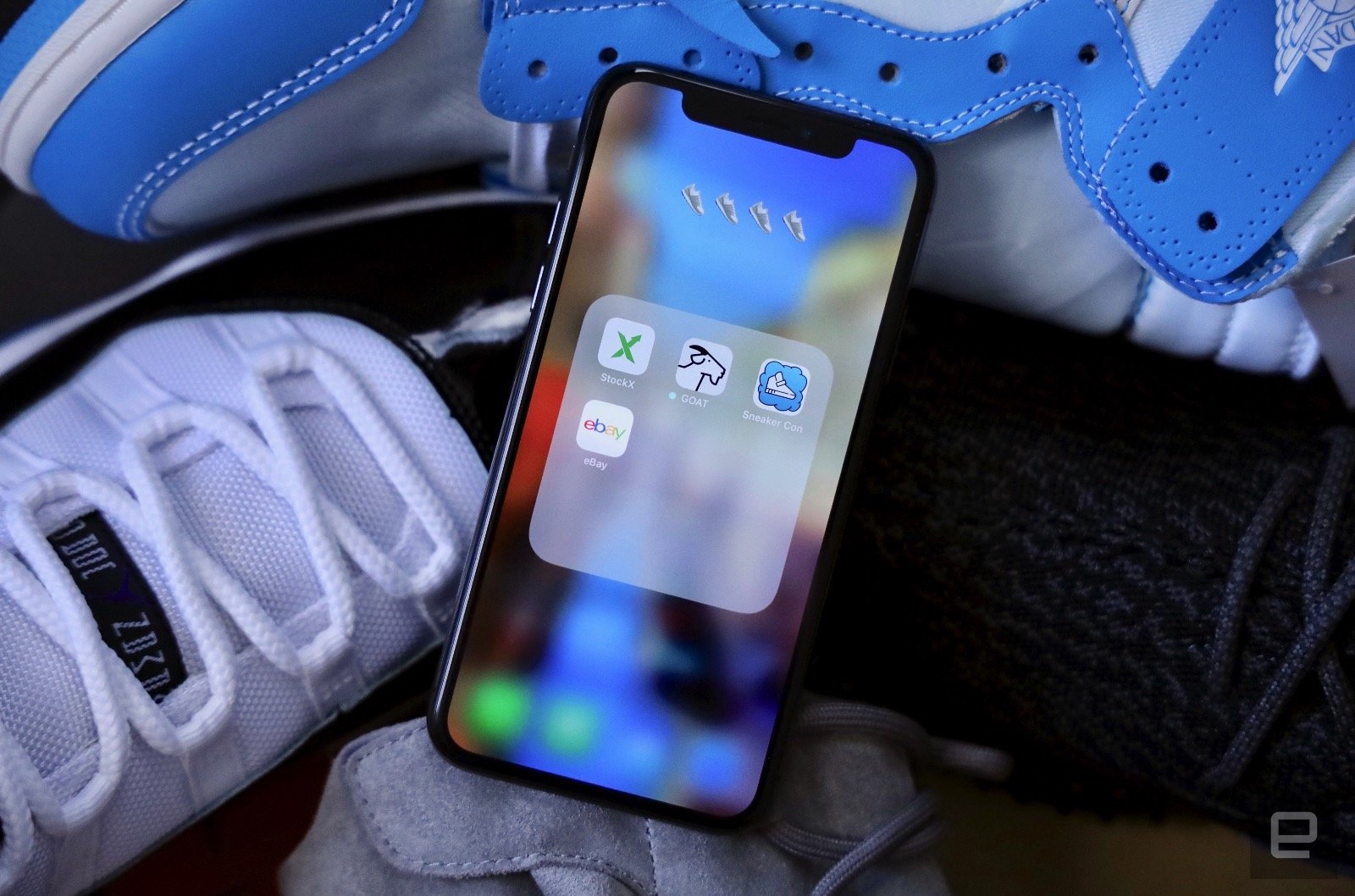 I can’t even remember how many times I’ve had to get in line at a FootLocker to buy the latest pair of Air Jordans. But that was years ago, long before websites and apps became the main way I shop for sneakers. Nowadays, if I do end up at a FootLocker, it’s because I won a raffle through its app and just have to go pick up a pair of shoes — no waiting on long lines necessary. With the rise of smartphones and the internet as a whole, retailers along with brands like Nike and Adidas have turned to technology to sell sneakers, especially limited-edition ones that have the potential to cause physical fights. If I want a pair of Jordans in 2019, I just use Nike’s SNKRS app, and I don’t have to worry about someone jumping me for them as I leave a store.

Ultimately, choosing between any of these services comes down to whether you want to buy new or used. StockX, GOAT and Sneaker Con all have reliable authentication systems in place, and although the shipping process could take a little long, I’d rather have piece of mind that my shoes legit. And while eBay claims there aren’t many fakes on its site, until it gets an authentication system like these other apps, I’ll always be worried about buying pairs from its independent sellers.

Whether you want to go with StockX, GOAT, Sneaker Con or eBay, one thing is for sure: It’s never been easier to buy sneakers on the internet. The sneaker-reselling app boom is so real that even traditional retailers are noticing. Why do you think FootLocker recently invested $100 million in GOAT? These apps must be doing something right.

While sites and apps have made sneaker shopping safer, this digital shift has presented an entirely new challenge for companies: bots, automated computer scripts that can buy items faster than a human can. Bots, which are mostly used by resellers looking to profit off highly coveted shoes are now what people blame every time they can’t get the sneakers they want. To address that problem, Nike and Adidas have started using augmented reality to launch shoes, but that’s only an experiment at this point and it’s still too early to know if it’ll help with the cat-and-mouse game against bots.

Naturally, those limited-edition sneakers (that bots may or may not be buying) often end up on third-party marketplaces such as StockX, GOAT, SneakerCon or eBay. And while many pairs are sold for more than their original retail price, you could also find some below market cost on these services. It just depends on how hyped the shoes you’re looking for are. It wasn’t long ago that eBay was basically the only site sneakerheads could turn to if they missed out on a particular shoe, but today there are so many options on the internet.

Let’s take a look at the best of them. 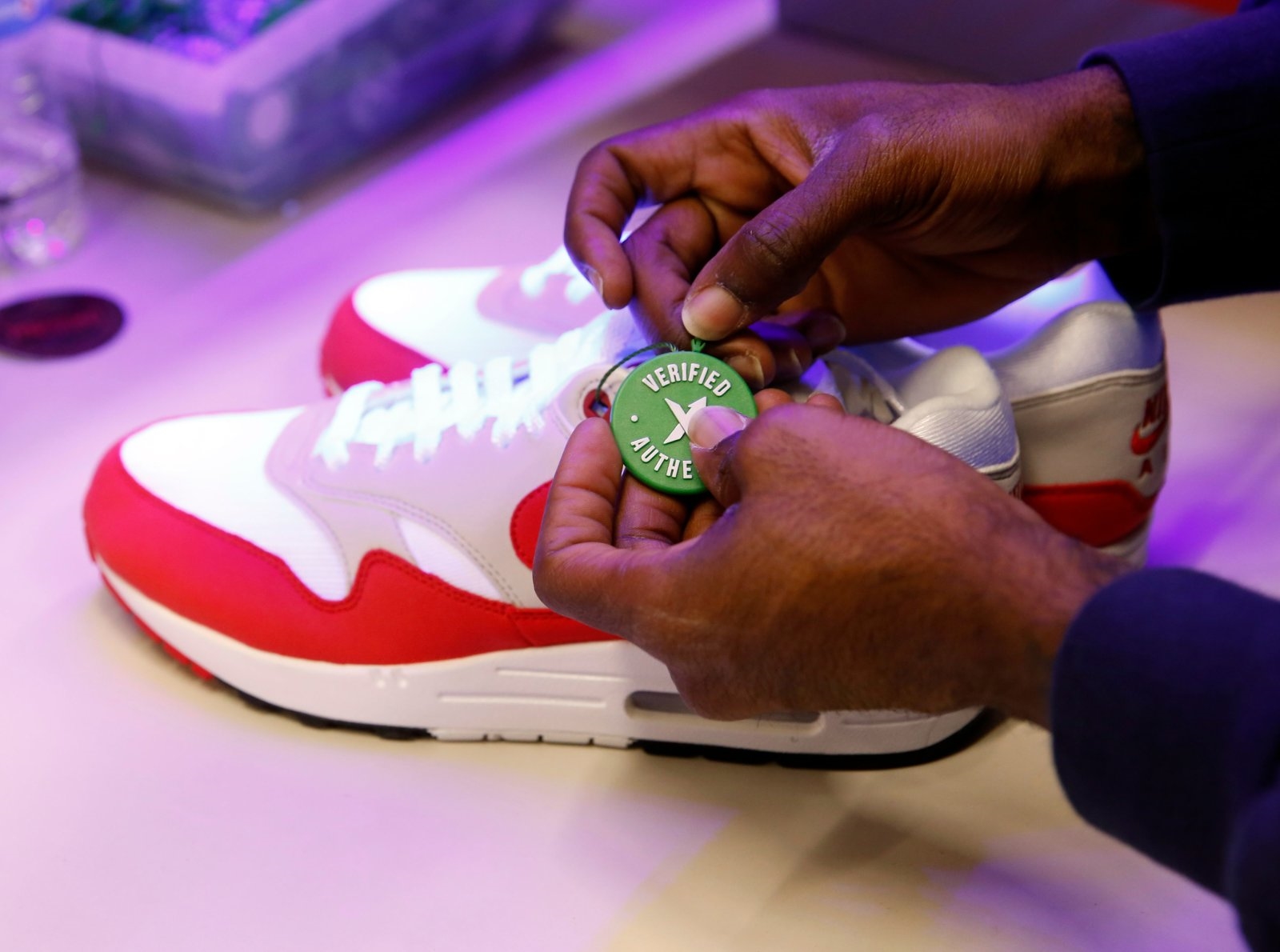 StockX was founded in 2015 as a sneaker-reselling platform, but now it offers anything from streetwear to luxury watches and handbags. The service, which you can use on the web or iOS and Android apps, prides itself on its authentication system. Because if you’re going to spend hundreds or thousands of dollars on kicks, the last thing you want is for them to be fake. StockX has humans who inspect every shoe it sells before they’re sent to buyers, minimizing the chances of you getting ripped off — that’s usually a big concern when buying goods from strangers on the internet.

The way StockX works is simple: A seller posts a shoe and interested buyers can either bid on it or pay a fixed price to purchase it immediately, which saves you from getting into a bidding war with other users. If you’re in the US, you’ll pay $13.95 for shipping, or between $30 and $40 if you live in Canada or other parts of the world. Once you buy an item, the seller sends it to StockX for authentication and, if it passes, it’ll be on its way to you within a couple of days.

If the shoes, bag or garment you bought happen to be a counterfeit, StockX ships them back to the seller and you get your money back. The downside is that the entire process can take up to two weeks, from the moment you pay for your shoes to when you actually get them. That said, StockX has said it is working to speed up the process, that way customers don’t have to wait so long before they can start rocking their new wears. 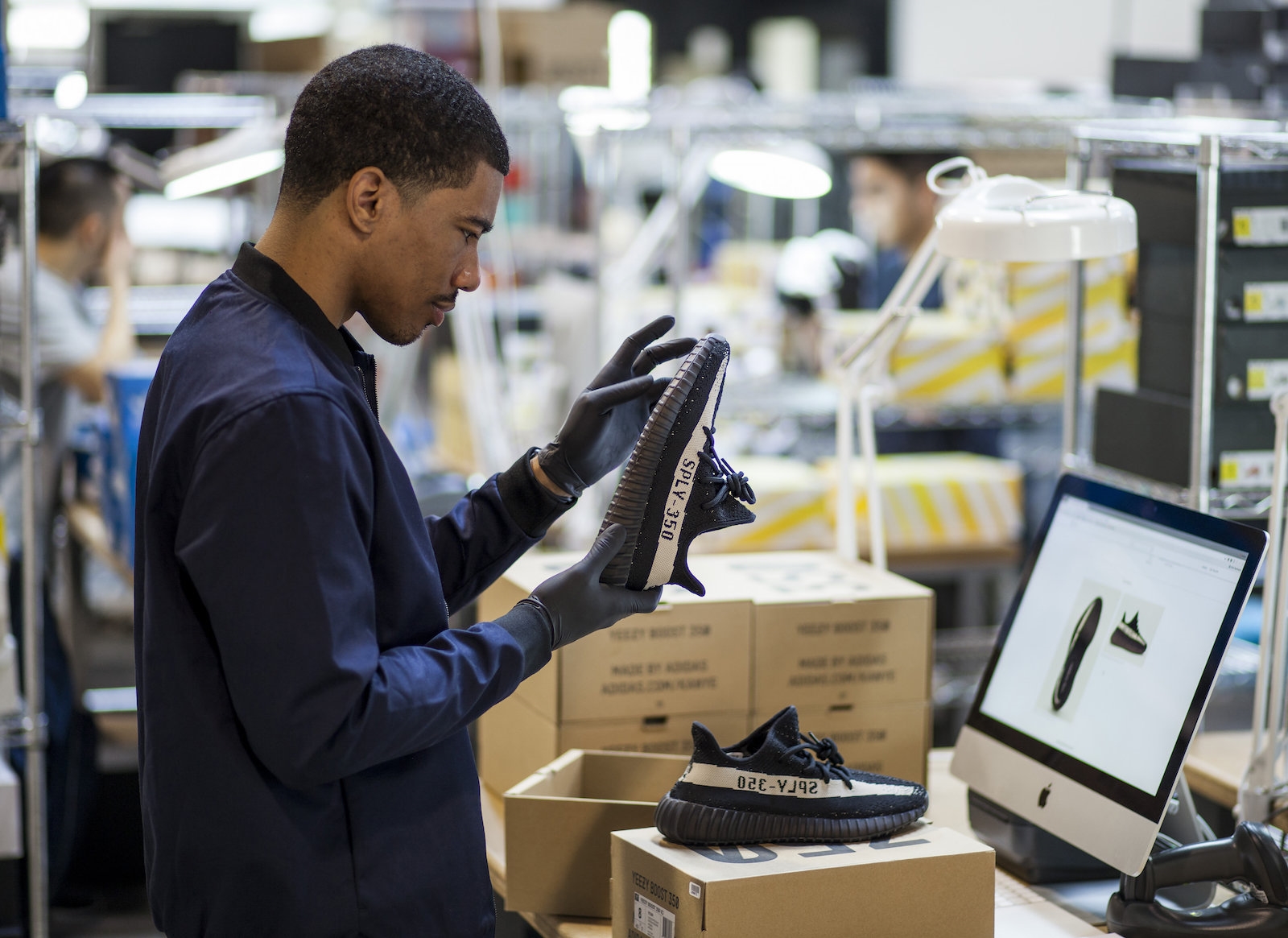 GOAT is similar to StockX. You can use it on the web, iOS and Android, as well. The main difference between the two is that on GOAT you can buy used sneakers, where as StockX only sells pairs that are brand-new. But the service works the same as StockX: You can bid on shoes or buy them instantly, and GOAT will also authenticate them before they’re shipped to you. GOAT says that it will typically take seven to 10 business days for orders to be completed, though in my experience it’s sometimes faster. And unlike StockX, GOAT has a feature called “Instant Ship,” which includes pairs that it has already authenticated and can be shipped right after you place an order.

On top of whatever amount you pay for the shoes, GOAT charges a $10 shipping fee if you’re in the US or between $30 and $40 to send them internationally. What I like the most about GOAT is that its app does a great job at keeping you updated on the status of your purchase. The “Order Progress” lets you see when the seller has confirmed your order, when your shoes have been shipped to GOAT for authentication and when they’ve been verified, all the way to when they’ve been shipped to you.

StockX offers a similar order progress feature, but it’s not as detailed as GOAT’s, which goes as far as to let you know when the seller is packing your shoes and when they’ve been delivered to its warehouse. It’s a nice touch that sneakerheads will appreciate. 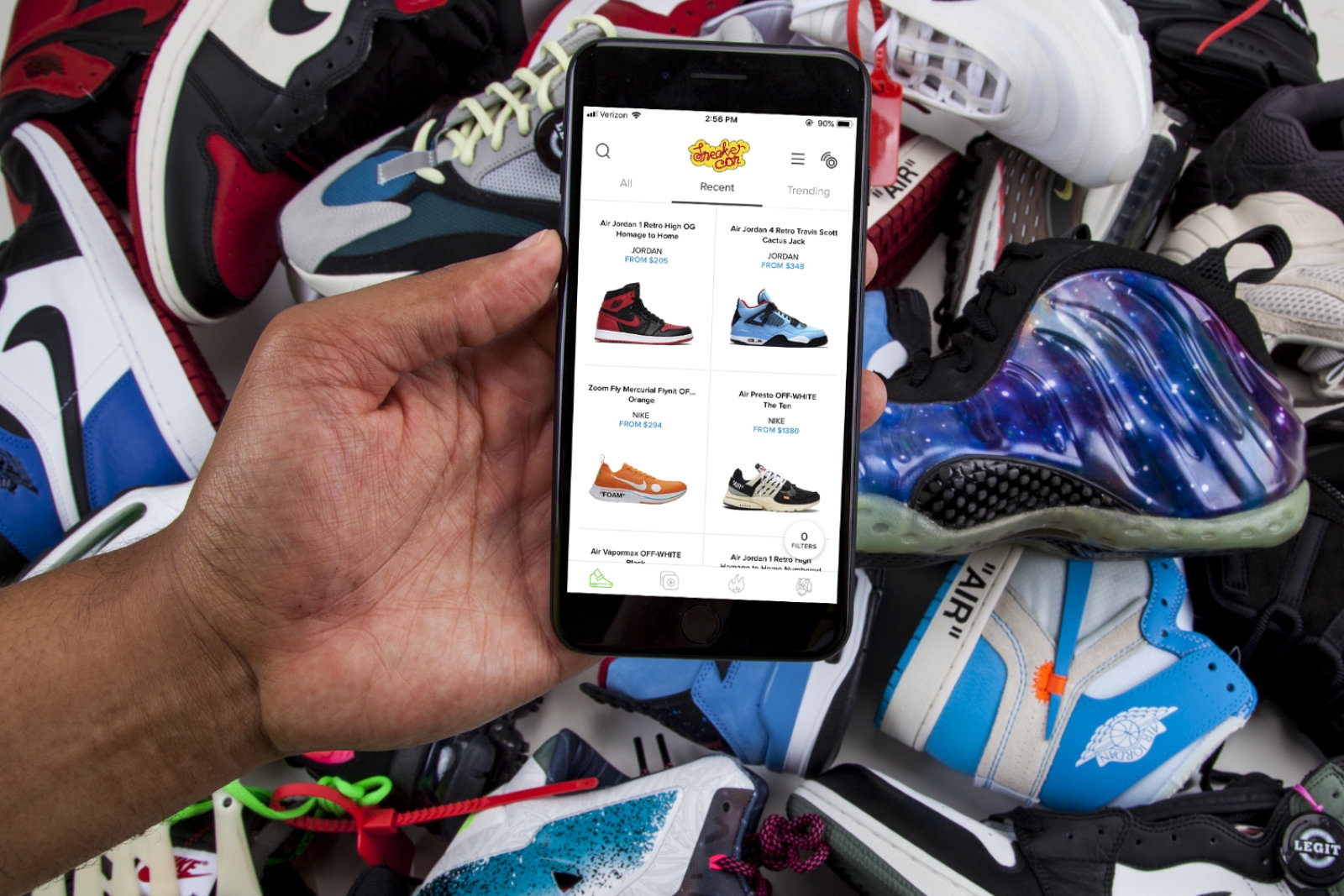 Sneaker Con is mostly known for its shoe conventions around the world, but in 2018 the company launched an app designed to compete with StockX and GOAT. Available on the web, iOS and Android, Sneaker Con offers both brand-new and worn kicks, similar to its rival GOAT. But where Sneaker Con stands out is with its authentication system, which is slightly different and more tech-forward than StockX’s and GOAT’s. Whenever you buy a pair of sneakers from the app, they’ll come with a physical tag that features NFC.

These “Legit” tags, as Sneaker Con calls them, come loaded with information about the pair you’re getting, like model name, size and condition. To view that, all you have to do is open the Sneaker Con app and tap the authentication tab, where a window will pop up and tell you it’s ready to scan your Legit NFC tag.

As you might expect, Sneaker Con only puts these tags on shoes after it has verified their authenticity. Just as with GOAT and StockX, sellers are required to have their shoes inspected before every transaction, but the difference is that SneakerCon lets them do that at its events or by shipping pairs to its warehouse. The Sneaker Con app only works in the US right now, where buyers have to pay $12 for shipping on any shoe, which is about the same as the other services. 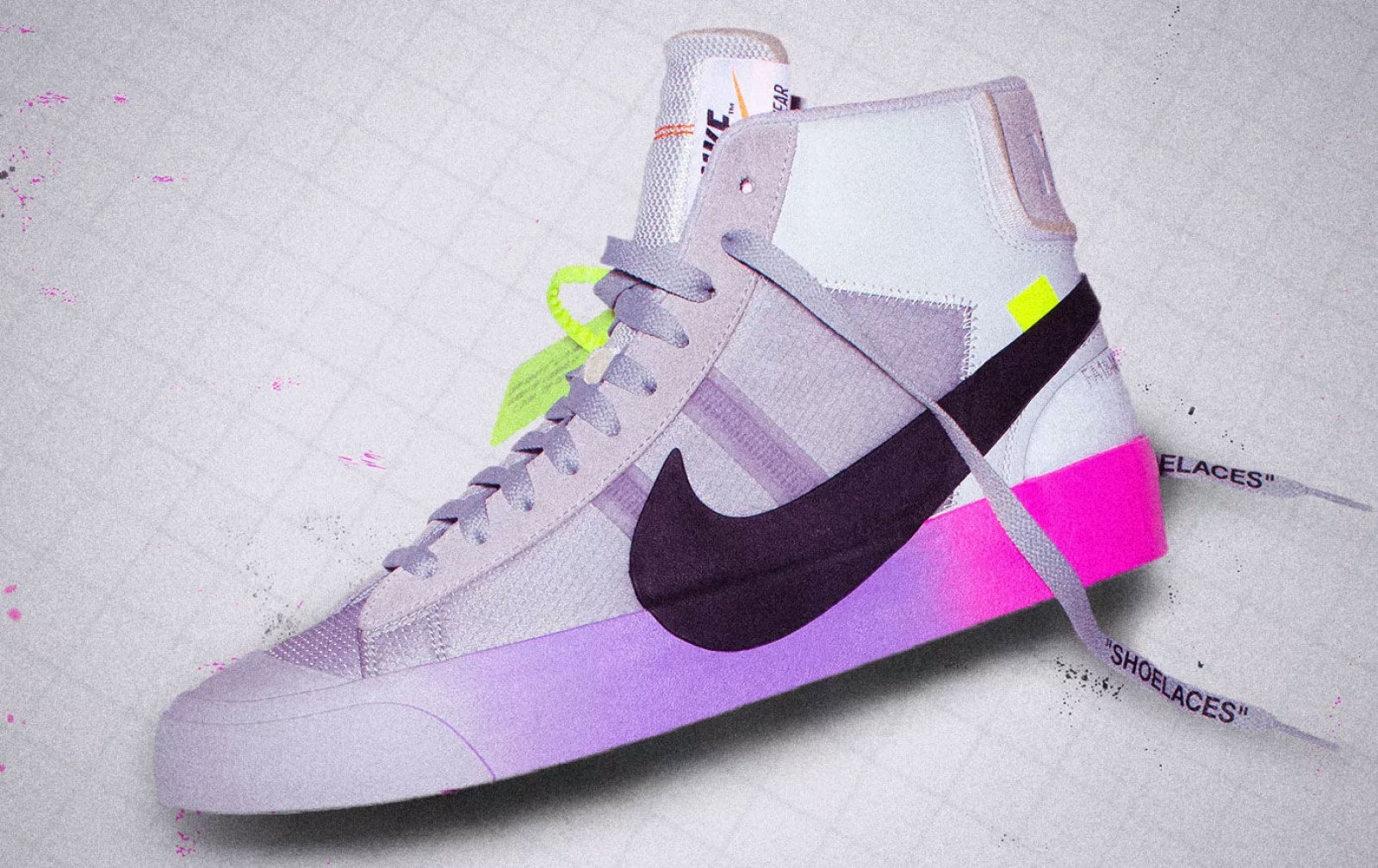 Of course, you can’t talk about online marketplaces without mentioning eBay. You probably already know how eBay works, but just in case: The main difference between it and apps like StockX, GOAT and Sneaker Con is that here, you’re going to be buying your sneakers directly from an independent seller. Sure, that can make the ordering process quicker than on StockX or GOAT, but it also comes with risks of its own. Unlike with the StockX, GOAT or Sneaker Con apps, eBay doesn’t have an authentication service for sneakers, so you’re going to have to trust that the seller is sending you authentic goods.

To do that, you’ll want to make sure you’re ordering from top-rated sellers. Basically, you just to use your best judgement and not buy anything from, say, an account that has bad reviews or has made barely any sales. Additionally, if you come across a pair that’s ridiculously cheaper on eBay than on StockX, GOAT or SneakerCon, that should be a red flag. If the deal sounds too good to be true, it probably is.

eBay told Engadget that “less than a fraction of a percentage point” of all items listed on the site have been identified as counterfeit. The company also said it has preventive tools to spot potential fakes, and that its Verified Rights Owner program (VeRO) ensures that brands can report listings that may be questionable. On top of that, eBay does have its Money Back Guarantee, which protects you from potential scams. So if you get a pair that doesn’t appear to be authentic or if it never arrives in the first place, you can report it to eBay immediately and (hopefully) get your money back.