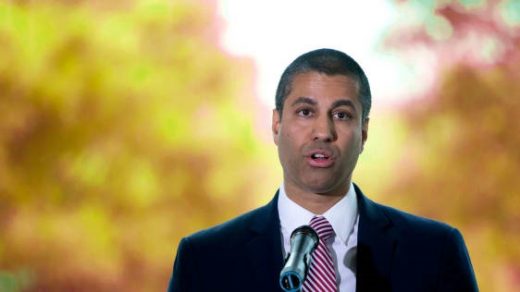 Ajit Pai, the recently installed chairman of the FCC, loves peppering speeches and policy documents with references to Star Wars, Games of Thrones, Seinfeld, and even the 1960s boy-adventure cartoon Jonny Quest. So it must be hard for Pai to see how little love Hollywood has for him. Tweets from celebs like Cher and George Takei have savaged Pai’s new plan to dismantle net neutrality regulations, but the chairman today struck back with more nerdy pop-culture references and celebrity callouts in a speech defending his policy.

Pai starts by quoting actor Kumail Nanjiani’s line from an episode of HBO’s Silicon Valley, “We will never go back to a free Internet,” and asserts that, in fact, the internet can be free again—free of “heavy-handed regulations.” Nanjiani recently savaged Pai on Twitter over allegations by the New York attorney general that the FCC did nothing about hundreds of thousands of fake citizen comments submitted in support of rolling back regulations.

Wow. Brazen shamelessness by @AjitPaiFCC. To recap, fake petitions & comments to repeal #NetNeutrality started showing up on FCC website. When an investigation was started, FCC blocked it. Tweet at @AjitPaiFCC & tell him how you feel. https://t.co/zHLuIVjn4t

Likewise, he rebuffed Alyssa Milano’s tweet that dismantling the regulations is a threat to democracy. “If this were Who’s the Boss?, this would be an opportunity for Tony Danza to dish out some wisdom about the consequences of making things up,” writes Pai.

Finally, Pai goes after Twitter itself, saying that it and the rest of Silicon Valley are biased against conservatives, although he prefaces all this criticism by saying, “Now look: I love Twitter, and I use it all the time.”

With over 39,000 followers and a hearty appetite for TV (including streaming), Pai seems to be fighting some of the things he loves most, and he’s not getting any love back. 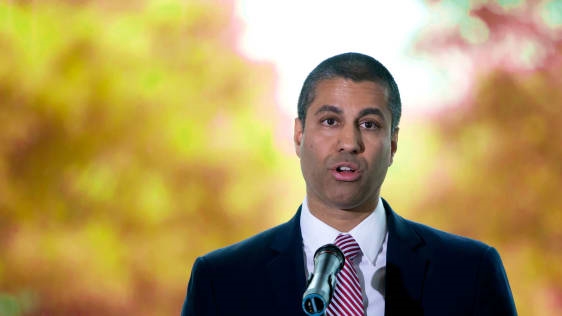