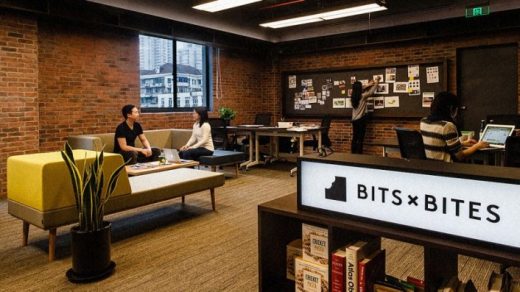 When a Chinese newspaper broke a story in January about a ring of underground factories making counterfeit soy sauce–packaged in brand name bottles, but made with dirty water and carcinogenic industrial salt–it wasn’t an isolated case. In the first nine months of 2016, the government found more than half a million food safety violations.

A new food tech accelerator, the first of its kind in China, hopes to help tackle the problem of food safety–along with a long list of other challenges in agriculture and health in the country, from sustainably meeting a growing demand for protein to addressing the fact that there are now more overweight people in China than in the U.S. One in four diabetics in the world now comes from China.

“Our mission is to shape the future of good food by investing in early stage startups that use technology to solve food system challenges in China,” Matilda Ho, founder of Bits x Bites, a Shanghai-based accelerator that launched this year, tells Fast Company. “In China, there are so many signals that have been happening in the past few years that we need to start building an ecosystem platform for people to push for this.”

Ho, originally from Taiwan, worked as a consultant for BCG and Ideo on Chinese food projects before launching her own food startup, Yimishiji, in 2015. The startup is an online farmers’ market, similar to Good Eggs in San Francisco, that connects Shanghai consumers with chemical-free produce delivered by electric bikes. Each item was very difficult to source; it took nearly a year to find bananas grown without pesticides. In its first 18 months, it has gained 40,000 subscribers and is still growing. But Ho realized that she wanted to help build an ecosystem of other startups approaching better, healthier food in different ways. (Her work earned her a place in the 2017 class of TED fellows, a program that supports young innovators around the world).

One as-yet-unnamed startup in the accelerator now is developing noodles and other foods made from silkworm flour. The worms are a plentiful byproduct of the silk industry–making a pound of silk can require as many as 3,000 cocoons with insects inside, which are normally discarded. But they can also be a healthy source of protein.

“If you compare the nutritional facts, it’s almost the same and even [better than] the cricket flour that a lot of Western startups are using right now,” Ho says. “But it could be more cost-effective, and then the input is so much more efficient compared to all the other animal agriculture.”

Another startup in the accelerator, Fruggie, is making cold-pressed, high-pressure pasteurized juice from fruits and vegetables, which it markets as an alternative to eating salad. “Chinese people don’t have a history of eating salad, and they can never understand why people eat salad for lunch or for dinner,” Ho says. “So the way that we try to encourage people to do it is to combine these two together–by saying you can drink this small bottle of juice, and you’re actually having the same nutrition of having a bowl of salad.” (Experts say that it’s not exactly the same–juice has less fiber, for example, and fruit juice is high in sugar).

The third startup, Alesca Life, produces hydroponic farms in shipping containers and the software to run them and is already installing systems in both Beijing and Dubai, focusing first on hotels that want to grow produce for their restaurants. Hydroponic and aeroponic farming is becoming more common in some regions of China, and Ho thinks it will quickly grow–partly because China has to feed around 20% of the world’s population with only 7% of the arable land.

“With very limited arable land, right now China imports lots and lots of food,” she says. “It’s not sustainable, in terms of the carbon footprint. So we do think this will be a growing trend.”

While the startups are related to similar future-of-food businesses in other parts of the world, they take a distinctly Chinese approach. Ho’s own company, Yimishiji, focuses on full transparency–providing details about each farmer and directions to the farm, along with results from lab testing to prove the produce is free of chemicals–rather than something like an organic label. “If you just put a label there, people don’t trust organic food,” she says. “They always think that this is about bribery.” Given the history of food safety violations in China, Ho says building trust with consumers is one of the biggest challenges for a food company.

Many challenges are similar to those faced in other countries, however. Yimishiji had to educate consumers about why its bananas are “ugly,” and look different than the unblemished fruit at supermarkets. The startups have to work to bridge the gap between people’s aspiration to eat healthier foods and the draw of McDonald’s. On farms, China’s struggles to grow food more sustainably are echoes of what’s happening elsewhere.

Ho is hoping that as more food tech companies around the world hear about the accelerator, they’ll be interested in bringing their own solutions to China. She also hopes to begin to change the food industry as a whole. Already, major Chinese food companies are visiting the startup each week, exploring ways to start their own food incubators or work on projects in the space. But Ho says that much greater participation is needed.

“If we’re just one single player trying to push this forward, this is not going to build at scale,” she says. We need more investors in China that are interested in investing in food tech or ag tech startups. We need more media that talk about food issues. We also need more and more entrepreneurs or [food and beverage] companies that are starting to think about this and invest in these directions . . . we need more and more partners to make our voice be heard.”

Correction: This article previous misspelled the name of Fruggie, the juice startup.

Bits x Bites is trying to pave the way for a new food system in the country as its middle class grows and eating habits change.

When a Chinese newspaper broke a story in January about a ring of underground factories making counterfeit soy sauce–packaged in brand name bottles, but made with dirty water and carcinogenic industrial salt–it wasn’t an isolated case. In the first nine months of 2016, the government found more than half a million food safety violations. 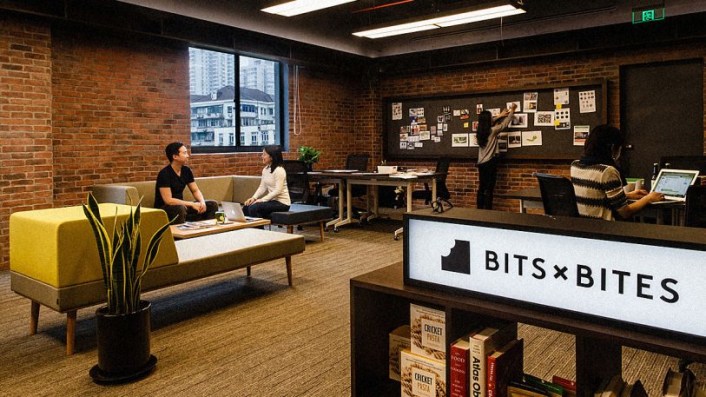