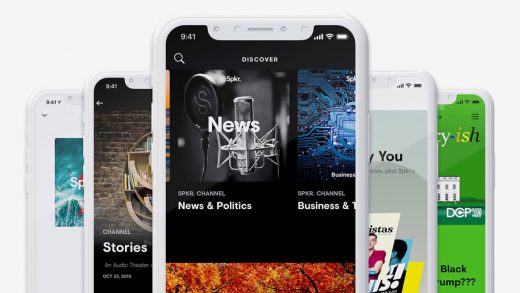 Almost since the dawn of podcasting as a medium, creators have been asking, “Why isn’t anyone listening to my podcast?” They beg listeners to rate them five stars in the Apple Podcasts app with the hope that it improves their status in the recommendation algorithm, and they try to guest on shows by their more popular friends believing that it’ll expose them to a new and wider audience.

Many believe it’s because podcasts have a discoverability problem, arguing that in a crowded market, when anyone with an iPhone can record an episode and put it online, it is difficult for people to surface high-quality content that suits their taste.

Launching on Apple iOS today, Spkr, which bills itself as the “first audio platform centered on short-form content,” is the latest app trying to solve that problem.

Veteran TV and radio executive Andy Schuon, who previously launched alternative rock station KROQ-FM and developed Revolt TV with Sean Combs, used his years of programming experience to build the app. His interest in podcasts began over a decade ago—by his own account, he gave former Apple CEO Steve Jobs the idea for them in the early 2000s. “I got a call one day out of the blue from Steve Jobs who was still at Apple,” he says. “He was doing a lot of thinking around his suite of products like iTunes and GarageBand, and he wanted me to come out to Cupertino for a brainstorm session. This was when the iPod was just out. When we sat down, I was subjected to the normal kind of a meeting that Steve Jobs would give most people—a lot of abuse. At the end of our meeting, he asked me what my big idea was, and I said, ‘iPod shows. Nobody knows you can do something else besides play music with MP3s.’ He sat back, and he looked at me and said that was a very small idea,” Schuon says.

Podcasts are not as popular as music or TV, but they’re growing in importance—to Apple, its rival Spotify, and many others in the entertainment business.

After the meeting, Schuon continued working in TV and radio as podcasts started to grow. “I thought there was an opportunity. Something didn’t feel right about the way people were being presented this content,” he says, adding, “I kept hearing all of these places saying they’d solved the [podcast] discovery [process], and I would go to them and I’m like, no, you haven’t. This is basically a library or a store. This has recommendations in links.”

He was also unhappy that podcast discovery often happened visually. Users had to look through lists or view recommendations. “It’s a place that’s very silent,” he says, “where I’d have to search for things with my eyes instead of my ears.” 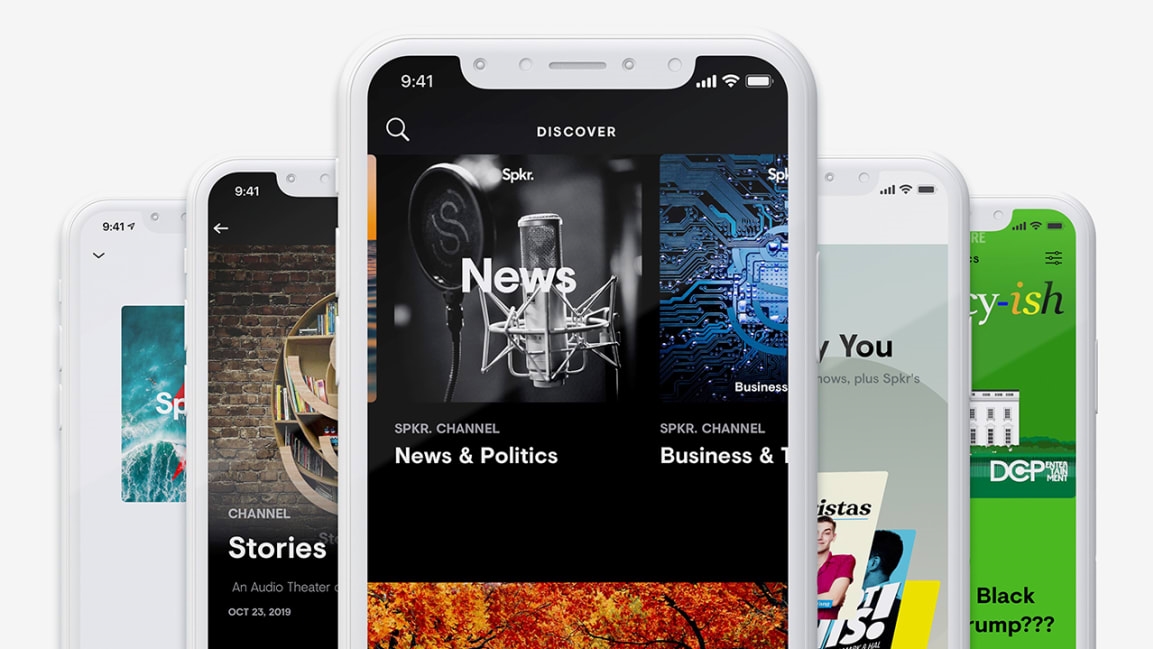