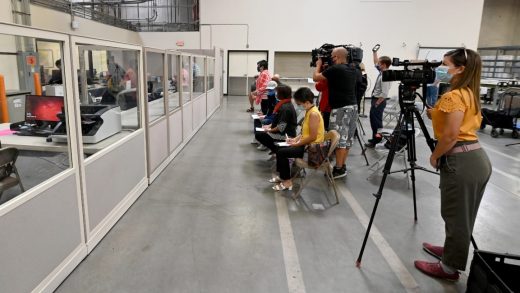 As Trump supporters in cities from Phoenix to Philadelphia protest outside government buildings where legitimate ballot tabulation is taking place, a well-recognized organization of international poll observers has published a report of findings from their monitoring of the 2020 election, that concludes that the president’s allegations of systemic fraud are “baseless.”

The Organization for Security and Co-operation in Europe (OSCE) has conducted election observation in various countries around the world since 1990, and was authorized this cycle in most U.S. states and counties (though not all) to act as nonpartisan poll watchers. Participating this year were 102 observers from 39 countries, from Europe, Central Asia, and North America.

The OSCE’s 24-page report contains observations on topics including voter rights, voter registration, campaign finance, and the atmosphere on Election Day, which the group said was “calm and peaceful, without any substantial incidents of unrest recorded.” It commended election administrators for creating “well-managed” elections during the unprecedented COVID-19 crisis, for and allowing for alternative methods of voting. It noted that turnout was largely unaffected by the pandemic and political tensions.

Still, the report raised concerns of a “highly polarized political environment” and “acrimonious campaign rhetoric,” and that “unprecedented attempts to undermine public trust” was a tarnish on otherwise competitive elections. It saved its strongest criticism for the president, in stoking some of these fears. “On several occasions, President Trump created an impression of refusing to commit to a peaceful transfer of power, claiming that the electoral process was systematically rigged, particularly in relation to postal voting,” the report reads. “Such statements by an incumbent president weaken public confidence in state institutions and were perceived by many as increasing the potential for politically motivated violence after the elections.”

Trump tweeted throughout the campaign about voter fraud, ballot harvesting, and mail-in voting’s threat to fair elections. But, the report found that despite those claims, fraud associated with absentee ballots remained negligible. Still, as the nation enters day three of a protracted vote counting process, Trump supporters—seemingly motivated by the president’s rhetoric—have been assembling outside ballot-counting sites, chanting “stop the count” in Detroit, Michigan, and “count those votes” in Maricopa County, Arizona, depending on the current position of their candidate in the race those states tabulate votes.

As the counting went on,  Trump continued to tweet about fraudulent ballots, which Twitter flagged as false or misleading. “Counting and tabulation is ongoing and should continue in accordance with the law and OSCE commitments,” said Michael Georg Link, OSCE’s special co-ordinator of the U.S. observation mission. “Baseless allegations of systematic deficiencies, notably by the incumbent president, including on election night, harm public trust in democratic institutions.”

The report also tackled other electoral issues. On campaign finance, the group called this cycle’s total campaign spending of $14 billion “unrestrained expenditure.” On voter suppression, it noted that four million Americans in D.C. and U.S. territories remain without Congressional representation; that about 5.2 million citizens are disenfranchised due to a criminal conviction; and that, 1.3 million African Americans remain unable to vote because of restrictions such as ID laws.

But, Election Day went off without any major observed hitches; the report noted that, despite prior concerns, no observers saw or heard instances of any armed individuals at polling locations. And the OSCE saved its greatest praise for “professional and transparent” election workers and administrators, with monitors reporting “a high level of confidence in the work of the election administration at all levels.” 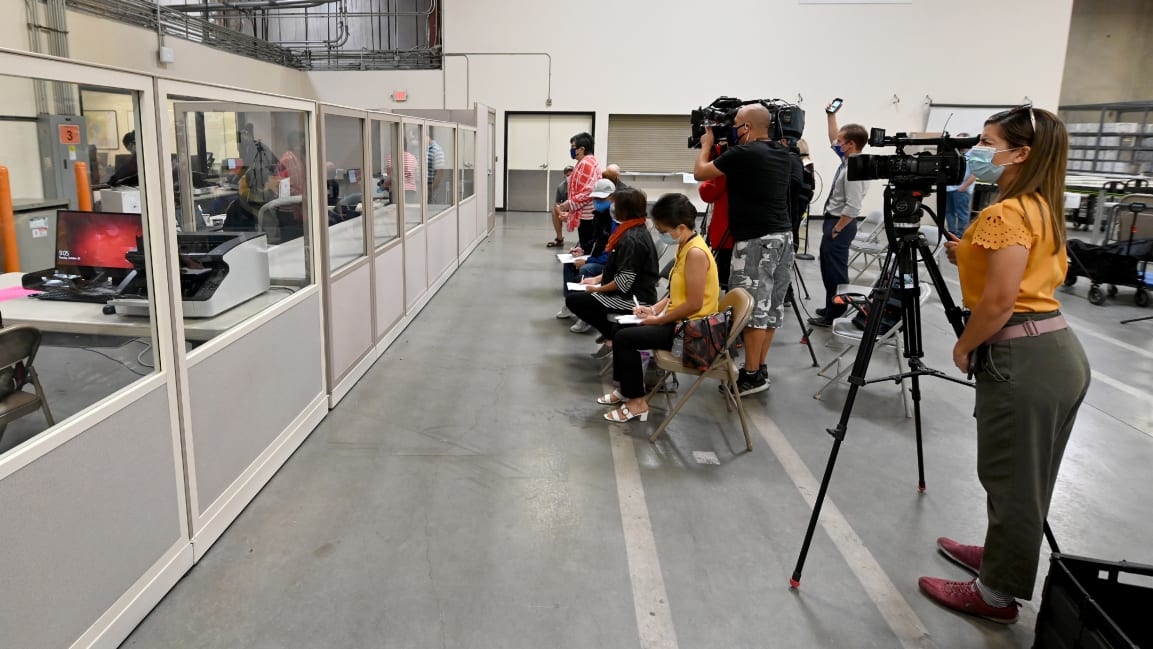