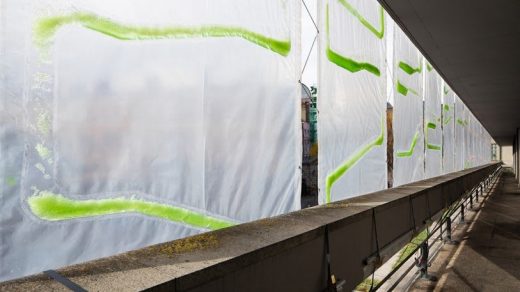 These algae-filled “urban curtains” suck CO2 from the air

Worldwide, CO2 emissions are reaching a breaking point, and in Ireland, local leaders are devising strategies to halt the trend. As the country works on large-scale solutions like scaling up wind power and electric cars, a building in Dublin recently tested a smaller intervention: an “urban curtain” that sucks in polluted air and feeds it to algae.

The installation, called Photo.Synth.Etica, temporarily covered the first and second floor of a building in Dublin Castle in early November. In the design, large bio-plastic sheets, each more than 20 feet long, contain built-in channels filled with algae. Dirty air enters the bottom and bubbles up to the algae, which captures CO2 and pollutants, and fresh oxygen is released at the top. The curving path of the channels helps optimize the flow. In the Dublin installation, the design captured around one kilogram of CO2 from the air each day, or roughly as much as 20 large trees.

The design “rethinks the skin of a building as a live system,” say architects Claudia Pasquero and Marco Poletto, whose London-based firm, ecoLogicStudio, created the installation during the Climate Innovation Summit. The concept “envisions a future where buildings can be alive and therefore be able to produce energy [and] metabolize pollutants as well as become bio-sensors in the city.”

Fast-growing algae, Pasquero says, are more photosynthetic than trees. Algae can also be harvested and used to make food or produce energy. “Why should we limit our understanding of urban greens to trees and plants?” she says.

It’s not the first facade to use algae on a building. In Hamburg, Germany, an apartment building covered with algae-filled bioreactors provides its own heat as the algae simultaneously shades the building. But that design was both permanent and expensive. The Dublin installation is more like a design from Italian architect Cesare Griffa, who designed a lightweight “bio-digital canopy” for a previous exhibition in Milan. The carbon-sucking facades aren’t an alternative to larger changes–society at large still needs to achieve the gargantuan task of reaching net-zero emissions by the middle of the century. But algae could help offset some fraction of the emissions along the way and help clean polluted urban air.

The design “suggests a new model of production for the post-Anthropocene,” says Pasquero. In an era defined by the problems caused by humans, the designers say, it makes sense to turn to biological intelligence for solutions–in the same way that biology could help grow meat without livestock or make fake leather from mushrooms.

The architects are currently working on a permanent installation of the design for a new microbe museum in Austria, and exploring possibilities for large-scale production. 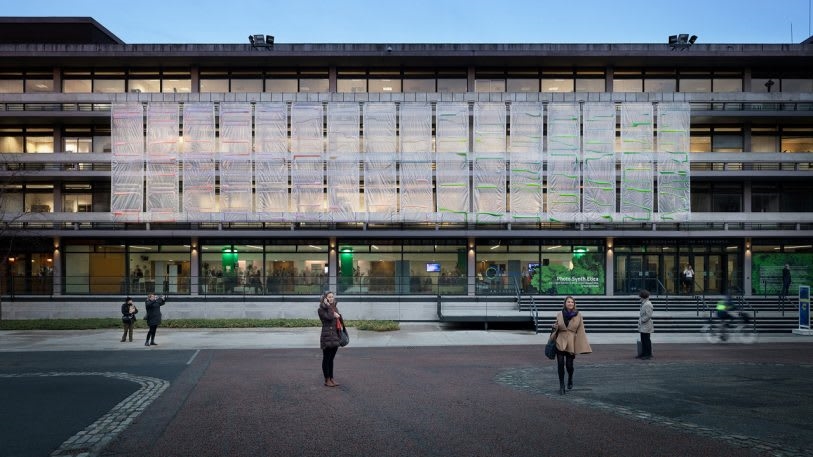 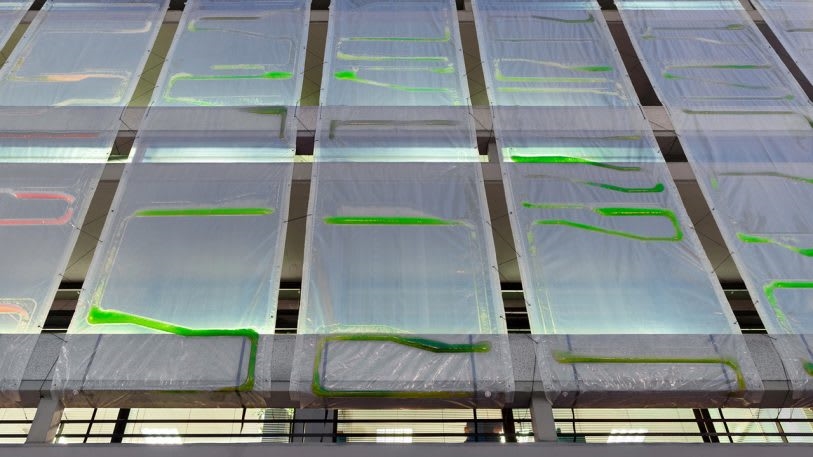 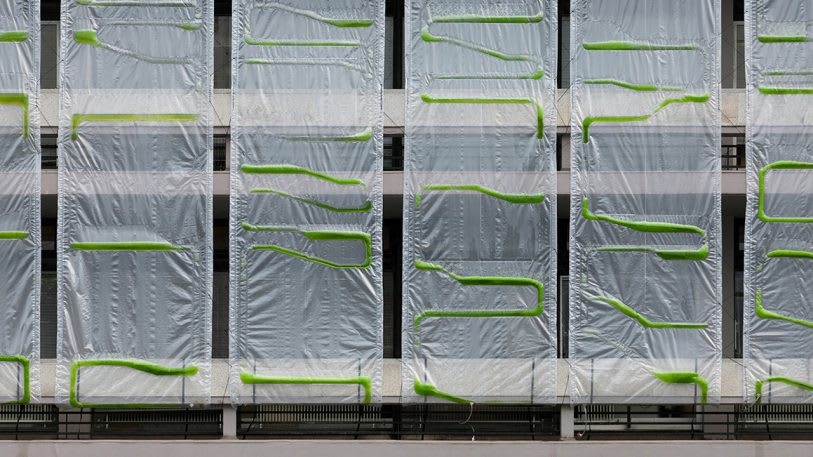 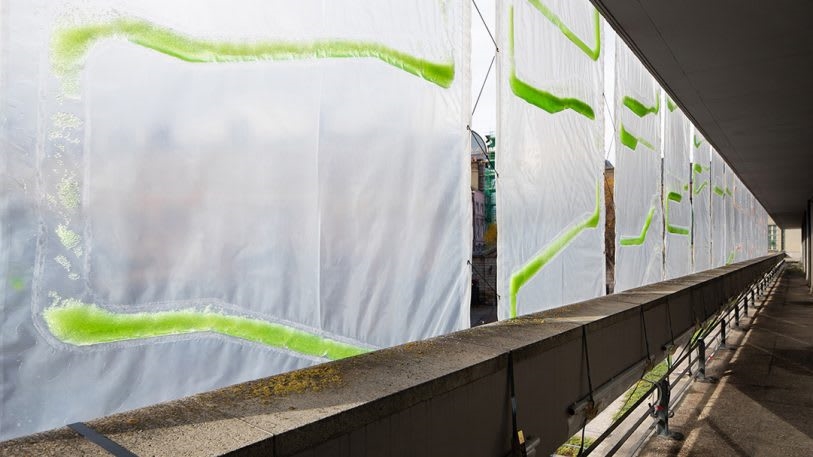 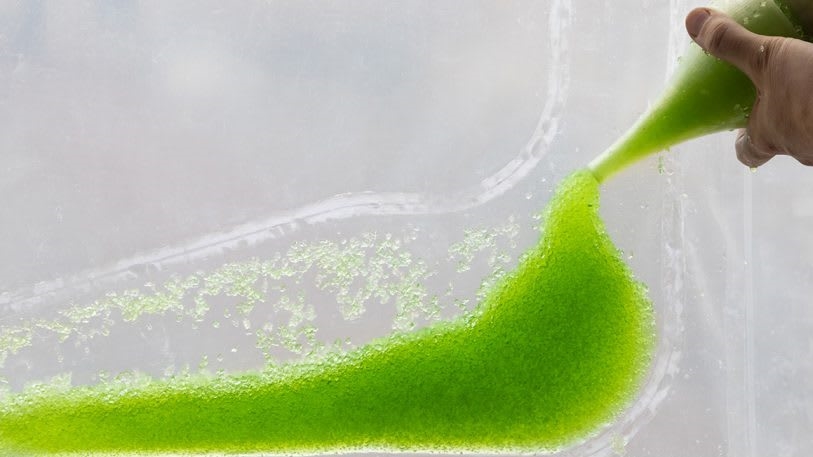 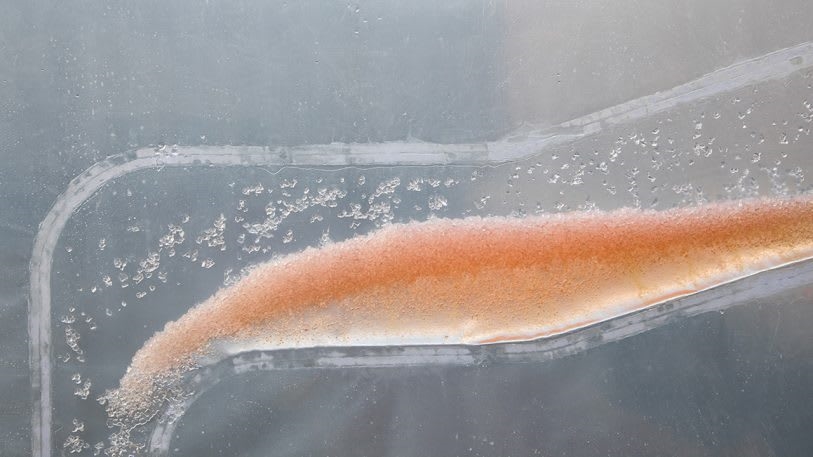 algaefilled curtains From Suck These Urban