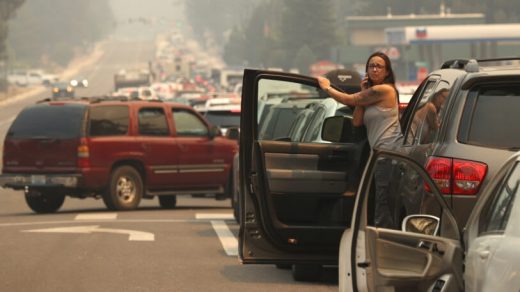 These powerful photos show the year in climate change

In August 2021, the Intergovernmental Panel on Climate Change’s latest assessment report detailed how the window to avoid climate disaster is closing fast. Climate change is “widespread, rapid, and intensifying,” per the report, which U.N. Secretary-General António Guterres dubbed “a code red for humanity.”

The month before that report’s release was the planet’s hottest ever on record. Overall, 2021 was among the hottest seven years in Earth’s recorded history. Yet record-breaking heat wasn’t the only impact of climate change that people felt in 2021; the year also brought massive wildfires, strong hurricanes, devastating floods, and extreme drought and famine.

A collection of images from Getty photographers shows what those climate disasters actually looked like to the people affected by them on the ground. “Climate photography plays a major role in conveying the devastating impacts of our current climate emergency,” says Getty Images staff photographer Justin Sullivan. “While there is extensive media coverage of these events, being able to inform the public through powerful imagery about how drought or severe weather affects them is an important first step in changing how people approach things like water preservation.”

As the climate worsens, Sullivan says that drone photography has become a key tool for capturing the scope of these often-expansive, hard-to-imagine climate disasters—a bird’s-eye view of a dried-up lake, for example, shows what isn’t exactly clear to someone standing on its shores. And these grand-scheme images don’t only contrast between now and how things used to be; they’ll also be markers of even more large-scale changes in the years to come.

“Documenting these disasters,” Sullivan says, “gives us all context and something to measure against as our world continues to change.” 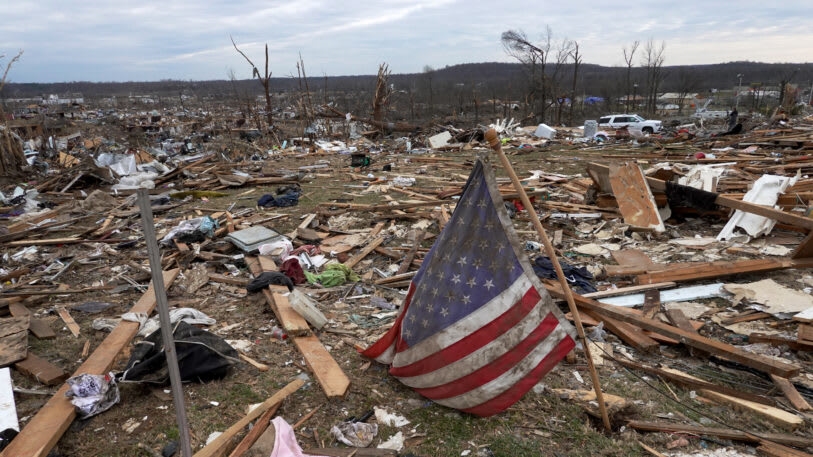 Multiple tornadoes touched down in several Midwest states on December 15, leaving destruction in their path. Homes were completely destroyed in Dawson Springs, Kentucky. 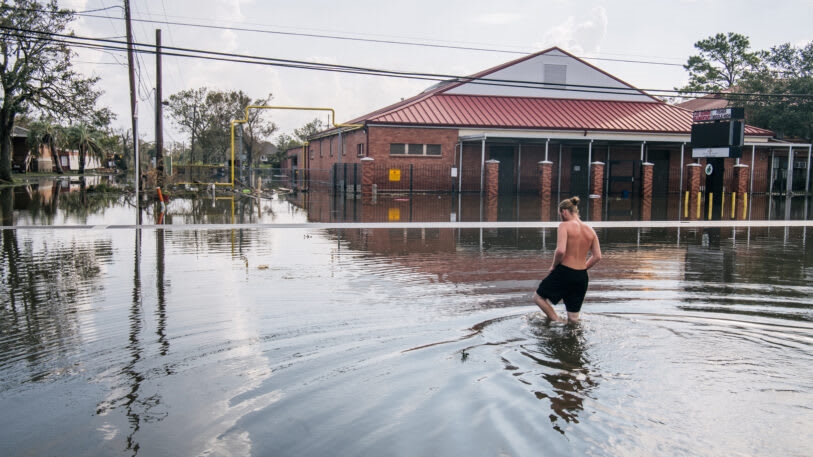 A person waded through water while waiting for aid in Jean Lafitte, Louisiana, after Ida made landfall as a Category 4 hurricane in late August, causing flooding and wind damage along the Gulf Coast. 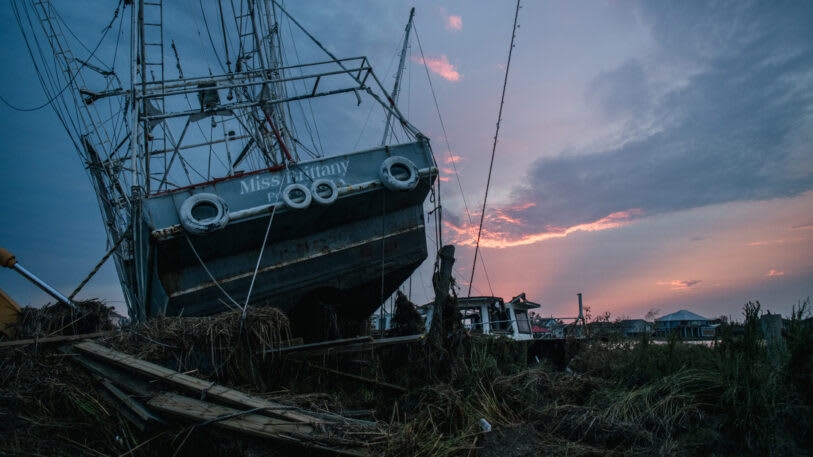 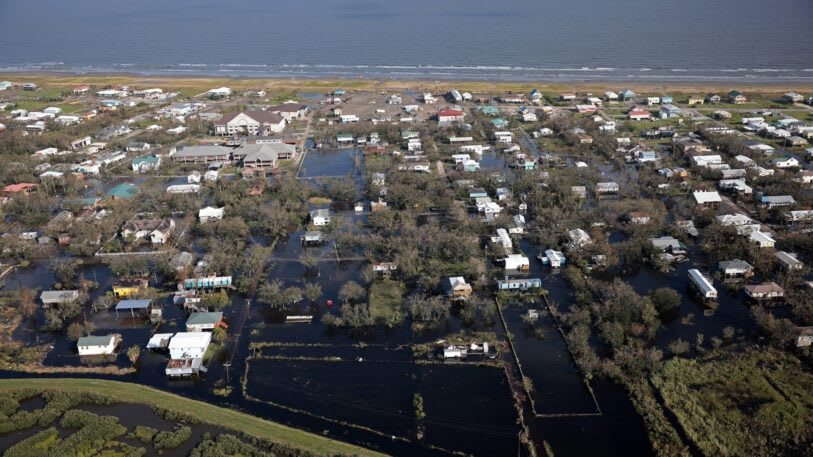 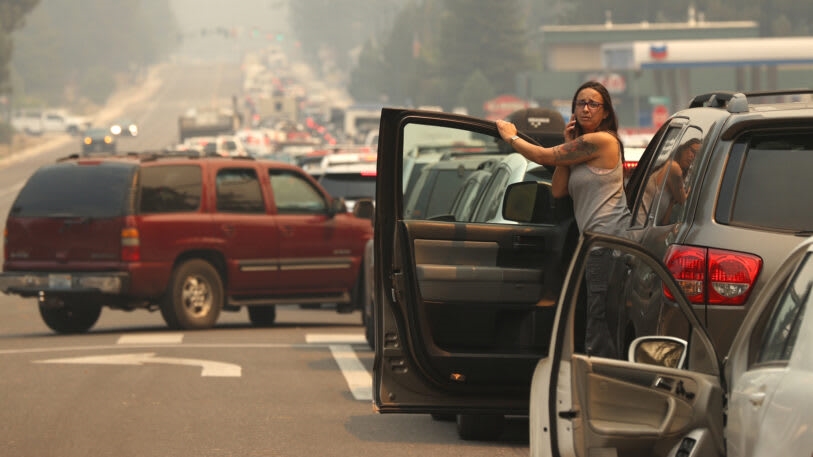 Traffic was backed up on Highway 50 in South Lake Tahoe, California, on August 30 as people evacuated ahead of the Caldor Fire, which by then had burned more than 175,000 acres. 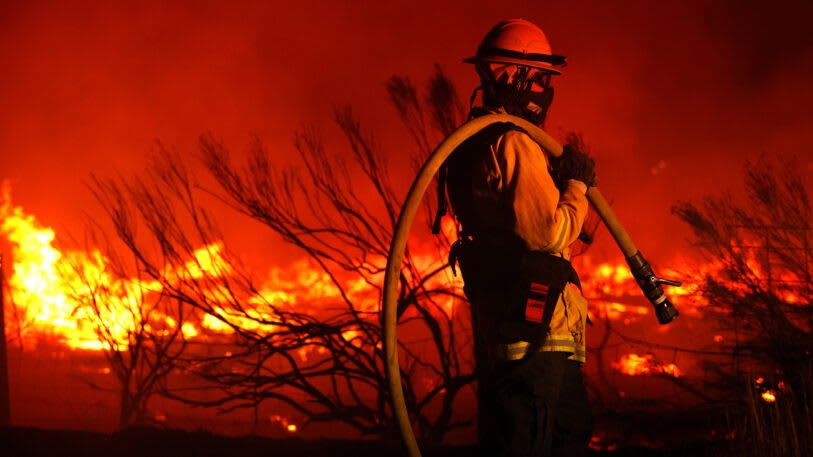 In mid-August, a firefighter monitored the Dixie Fire as it burned close to a home near Janesville, California. At that point the fire had burned more than 578,000 acres and destroyed more than 1,000 homes. 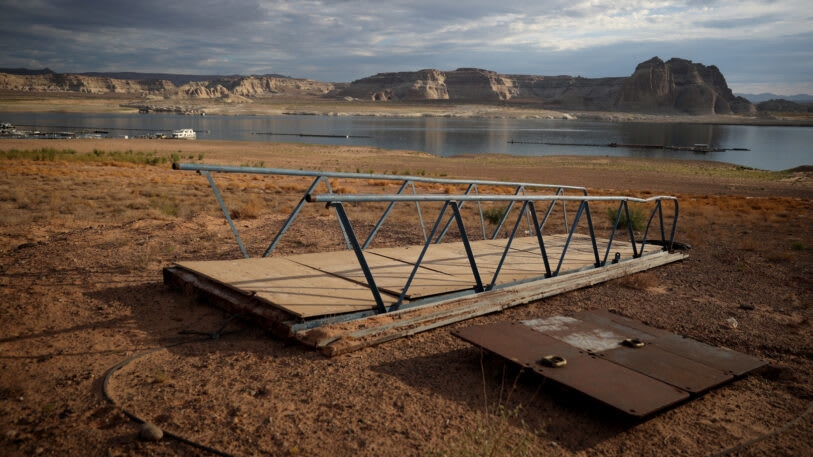 In late June, a boat dock sat on dry land near Lake Powell, Utah, as severe drought gripped parts of the Western U.S. At that time, the lake was at 34.56% capacity, a historic low. 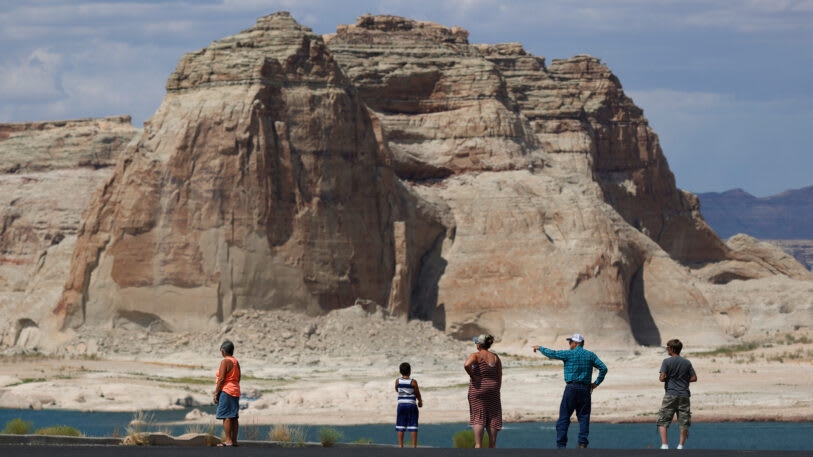 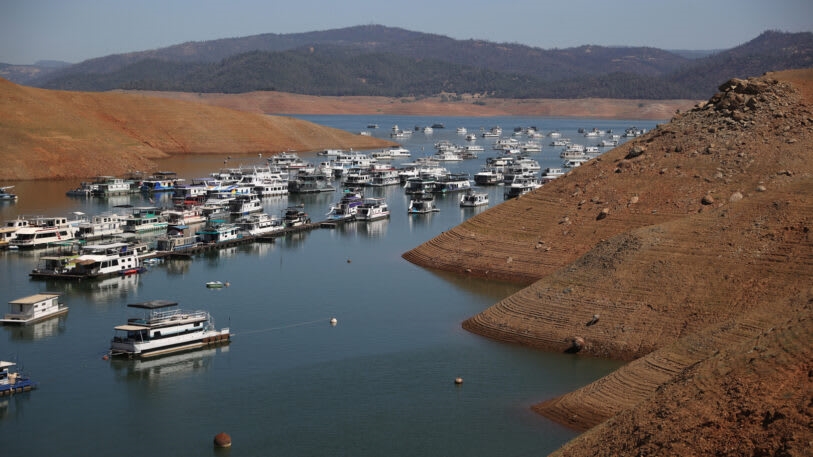 In June, as water levels fell at Lake Oroville, California, officials flagged houseboats anchored at the Bidwell Canyon Marina for removal to keep them from getting stuck or damaged. 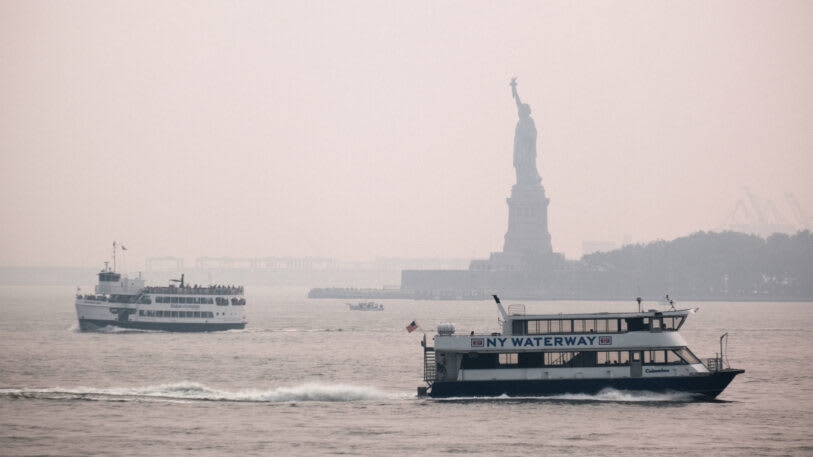 As wildfire smoke from the west arrived in the tristate area in July, a yellowish haze blanketed New York City and the Statue of Liberty. 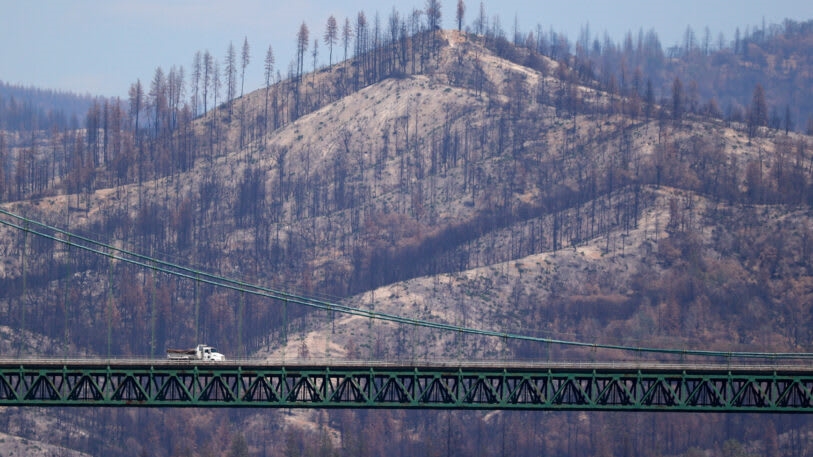 Terrain burned by a wildfire in June was visible from the Bidwell Bar Bridge in Oroville, California, amid severe drought. 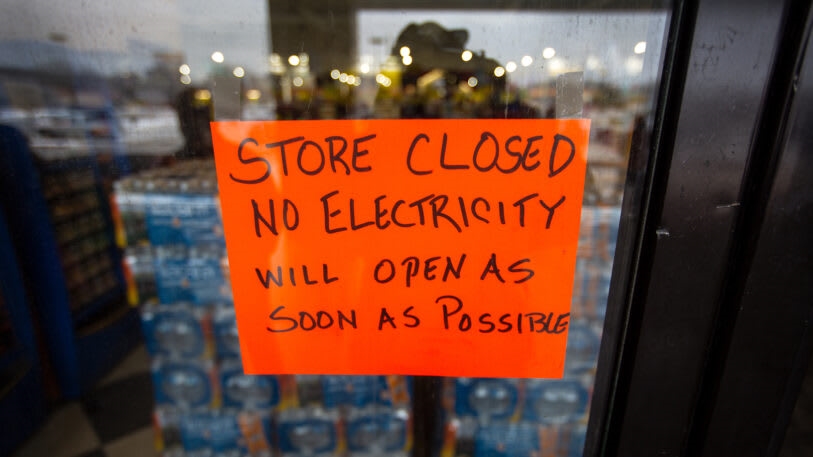 In February, millions of homes and businesses in Austin, Texas, including this Fiesta Mart, were without water and electricity after a series of winter storms hit the state.