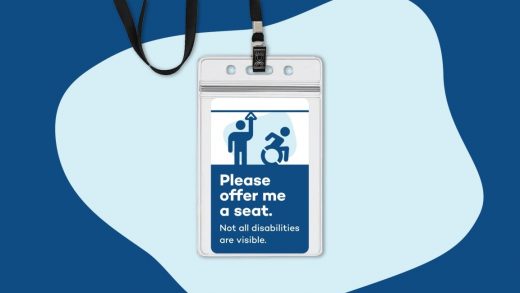 “Please offer me a seat. Not all disabilities are visible,” reads a new sticker that’s available to buy online, intended for disabled people who struggle to find seating on public transit.

It’s the brainchild of Catherine Callahan, who volunteers with Bay Area Rapid Transit (BART), the transit system that serves San Francisco and the Bay Area, and product designer Chris Arvin. Since birth, Callahan has lived with spina bifida, a condition where the spine doesn’t fully form. While she doesn’t always use a wheelchair, she does every time she takes public transport, because she’s not confident she would get a seat. “If I didn’t get a seat right away on public transit, I wouldn’t be able to stand,” she says. “I’d be on my butt, immediately.”

As part of a BART task force that helps raise accessibility concerns and generate solutions, she leads a “travel training” program, where disabled and elderly passengers train others with similar conditions, on best accessibility practices, so that public transit doesn’t become a barrier for them. For many in the group, part of the problem is not being able to articulate verbally that they need a seat.

She started designing handmade notes for her students. Then, she was inspired by other cities that have tackled this problem. In London, for instance, disabled riders often wear buttons or carry cards that read, “Please offer me a seat. Not all disabilities and conditions are visible.”

She eventually connected with Arvin, a product designer and transit enthusiast whose online store sells colorful transit-themed mugs, magnets, and other BART art. After working on a design together, the duo launched the sticker on July 17, via Twitter.

They’re priced at $0.35 for a sticker, which can be affixed to a BART transit card, or $0.95 for one with a lanyard—and Arvin just posted a free PDF version that’s printable from home. “He wanted to make sure that anyone who needed it could get it relatively inexpensively,” Callahan says, noting that many disabled people live on limited incomes.

The stickers aren’t affiliated with BART, as London’s are with Transport for London, so they could be used on any public transport, Arvin says. “If someone needs a sticker in another language, I’m happy to do a one-off print for them,” he says.

In 2017, New York City’s MTA tried a pilot program with similar buttons to London’s—but many people reported that fellow riders simply ignored them. That’s why, for Callahan, the stickers are also educational, designed to gradually grow cultural awareness among the larger community. “Once they know about [the problem],” she says, “they’ll hopefully be more on the lookout for someone who might need their seat.” 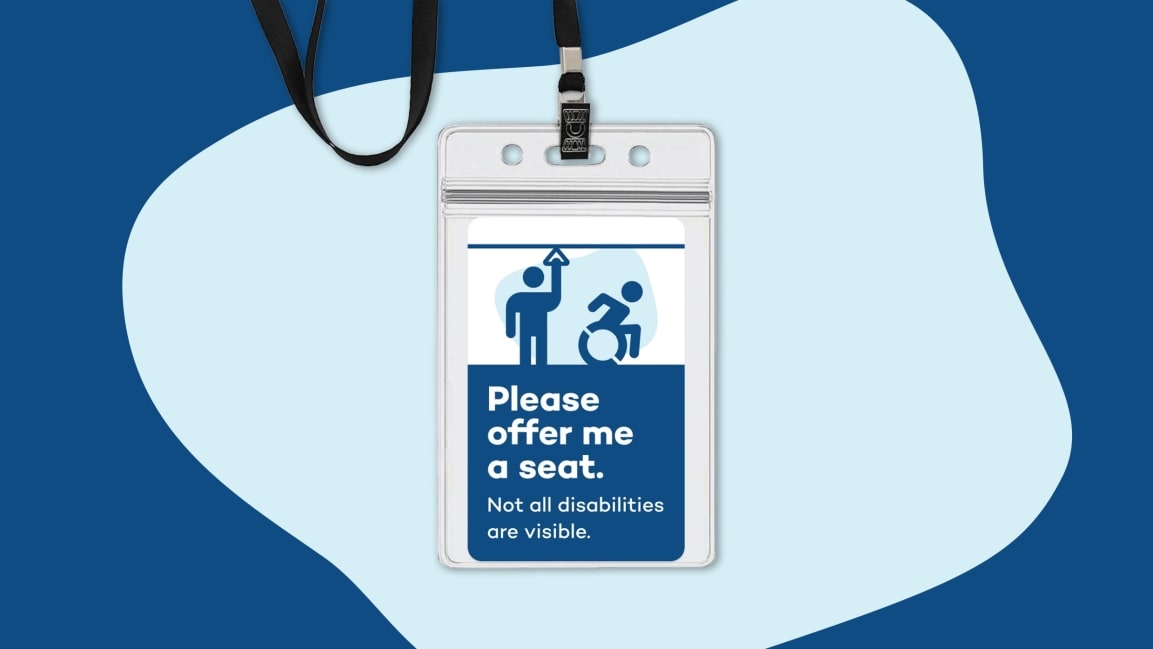