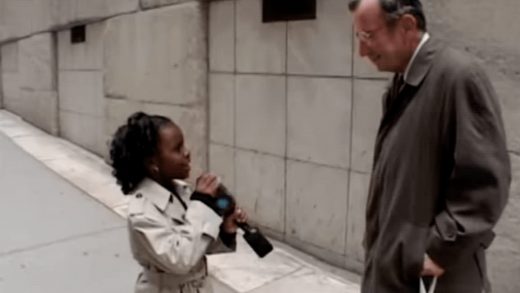 What: A newly resurfaced clip from history’s most groundbreaking fake kids show

Why we care: In the mid-aughts, MTV2 debuted the delightfully demented Wonder Showzen, which revolutionized how the stuff of children’s educational shows could be repurposed for very adult comedy. The series operated on a rare frequency of sublimely dark humor, tinged with horror, that set Iraq War-era, weed-enhanced dorm room brains ablaze. (Indeed, much of the series would probably not make it past Standards and Practices today.)

Although Wonder Showzen’s subversive comedy remains ever-relevant some 15 years on, one sketch in particular is now making the rounds online, in the wake of this week’s Game Stop fiasco.

In a legendary segment on the show, with the problematic title Beat Kidz, a small child dressed up in the signature trench coat of a Beat Reporter (hence that title) interviews Wall Street types on their way to work. Well, “interview” is kind of a stretch. Sometimes, the little girl in question merely says “Profits before people!” while extending her hand for a high-five. (The recipient responds in kind before realizing that, on the surface at least, he is supposed to support the obverse arrangement.)

The sketch is a perfect encapsulation of how an ideological rainbow coalition of Americans feels about stock brokers. Have a look below. 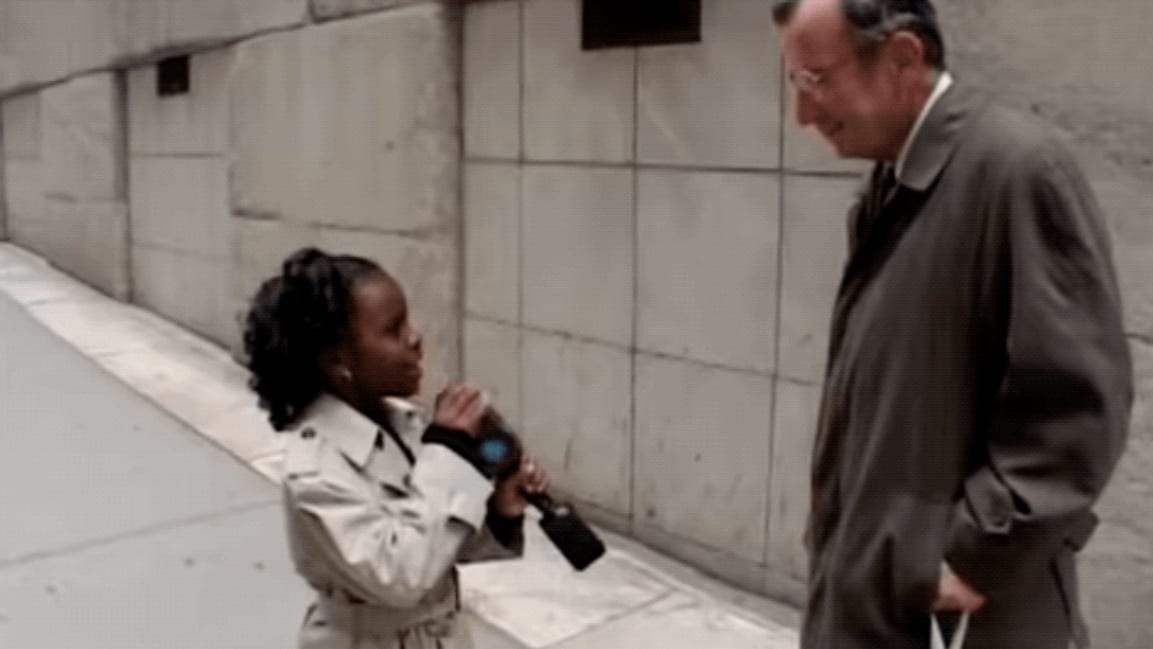