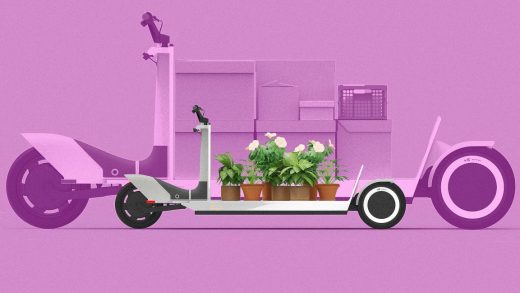 March 16, 2021
In crowded cities, electric cargo bikes have some obvious advantages over typical delivery vans. They’re small enough to squeeze through traffic jams, so deliveries are faster. When they stop for deliveries, they’re less likely to block lanes and add to congestion. And they don’t add to pollution.

Most cargo bikes (technically, trikes) tested by shipping companies look fairly similar, with a rider in front and a box or two filled with deliveries in the back. But over the last couple of months, engineers at Polestar, the Volvo-owned electric car brand, have been experimenting with an even simpler vehicle for urban deliveries. Instead of a bike, it looks like a giant scooter. It’s made from lightweight aluminum and it can fit in a bike lane, but it can hold as much as 600 pounds.

“It’s all a question of, in the future, finding the appropriate ways to transport and being able to scale it to the occasion,” says Polestar CEO Thomas Ingenlath. Sometimes it might make sense to make a delivery by drone or a small robot that travels down the sidewalk; sometimes a cargo bike or the new vehicle, which designers call an “urban sled,” might be better for the job.

The company is working with designer Konstantin Grcic, the electric motorcycle startup Cake, and Hydro, a Norwegian company that makes low-carbon aluminum, on the project, called Re:Move, which was commissioned by Wallpaper Magazine. “We’re able to apply some of the engineering knowledge that we have as a car company,” says Chris Staunton, director of design engineering at Polestar.

It’s designed to be easier to maneuver than a cargo bike, Staunton says. “When you take a cargo bike and you go around the corner, if you’re carrying a lot of weight, it’s a bit hard to control,” he says. “Whereas what we’re doing here is using the engineering and the suspension and chassis design to be able to control how we move and how the vehicle moves. And by using an electric powertrain, you take a lot of effort away from the operator.” Though the current renderings don’t show it, the next iteration of the design is likely to include a seat for the rider.

Although there are no plans to bring it to market, the partners are making a fully-functioning prototype that will demonstrate how it could work. “It’s a concept, but at the same time, we wanted it to be real and viable and make sense,” Staunton says. 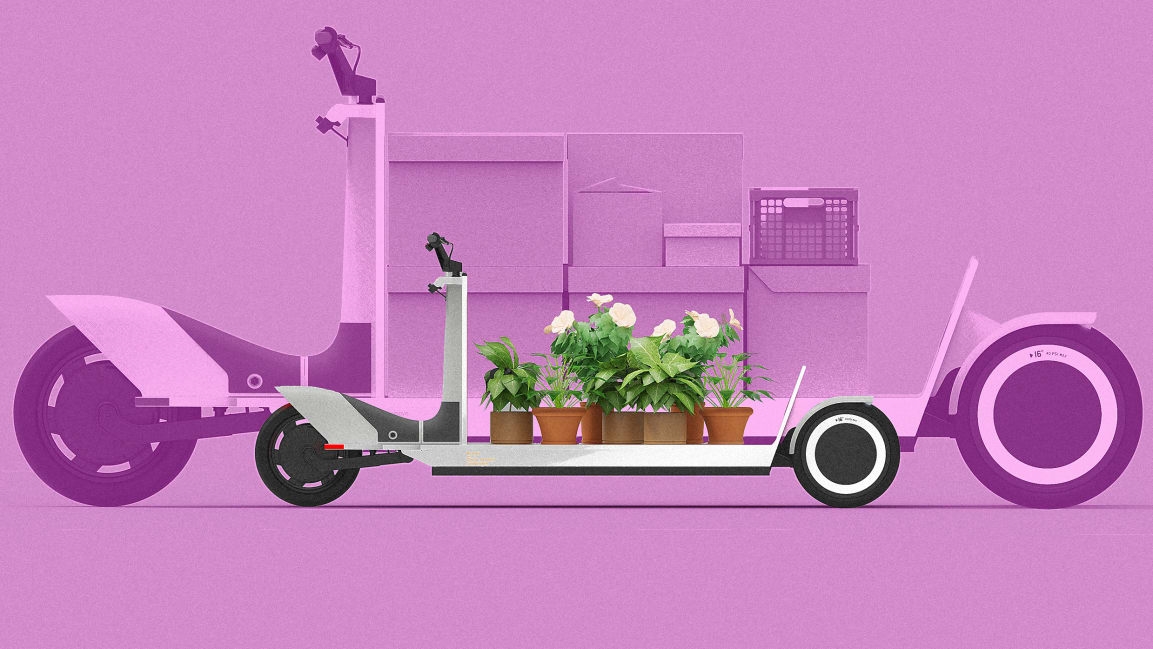