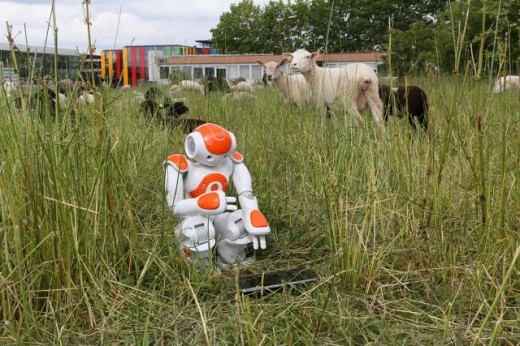 How to give a kid confidence in their abilities? Let them teach a bot that’s worse than them.

Learning-by-teaching is a proven way for students to gain new skills. But does the technique work when kids teach robots and not other kids?

Researchers in Switzerland think so. They’ve developed the CoWriter robot, a 23-inch-high humanoid that sits at eye-level. The kids are told to teach the robot handwriting by setting out magnetic letters on a table and asking their friend to write words on a tablet. When the robot deliberately pens poorly, the student puts in their own better version underneath. The students think they’re teaching, but really they’re learning.

The aim with CoWriter isn’t so much to teach the actual physical ability to write. It’s to build up a student’s confidence in their writing. “We believe that after a few hours of being the teacher, their barriers may vanish and they may recover enough self-esteem to move forward,” says Séverin Lemaignan, a researcher at the Swiss Federal Institute of Technology, in Lausanne. “Often it’s a matter not that they’re bad at writing, but that they feel they are bad at writing.”

Normally, learning-by-teaching doesn’t work if the kids are the worst in class at something. For the students to teach other students who are better than them, the latter would have to pretend to be bad—which would be weird. The robots on the other hand can be programed at any level you want. Effectively, it’s a mirror of the child’s own abilities, so the students feel they’re not the worst after all.

CoWriter reproduces letters by digging into a database of thousands of recorded handwriting samples and coming up with a sample that matches a child’s needs. It seems to work well in experiments so far (see this paper), though it’s early days and more testing is needed. Lemaignan plans an intensive trial with four or five students this summer.

The project is just one of several Lemaignan and his colleagues are working on at the university’s Computer-Human Interaction in Learning and Instruction Laboratory (CHILI). Another is called Pen 2.0., a cheap, universal teaching aide about the size of a cup. It sits on a desk and helps students understand concepts in a physical, tactile way. For example, if they’re learning how the Earth moves around the Sun, one device will act like an Earth while another would be the Sun. Students can understand relative distances between Sun and Earth and how movements affect day-night patterns.

Lemaignan insists classroom robots won’t take away jobs from real teachers, though there does seem to be potential for that. “We want to make sure we’re building tools to help teachers, not replace them,” he says. “The [CoWriter] plays the role of a student that doesn’t know how to write and that’s not something that teachers can do themselves. We’re inventing a new role that was not existing before.”

Ben Schiller is a New York-based staff writer for Co.Exist, and also contributes to the FT and Yale e360. He used to edit a European management magazine, and worked as a reporter in San Francisco, Prague and Brussels 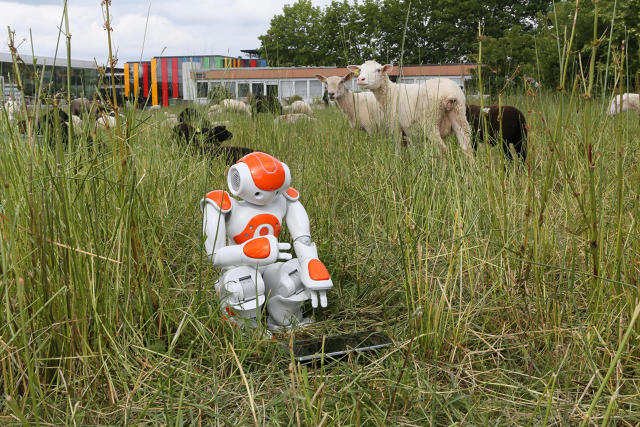