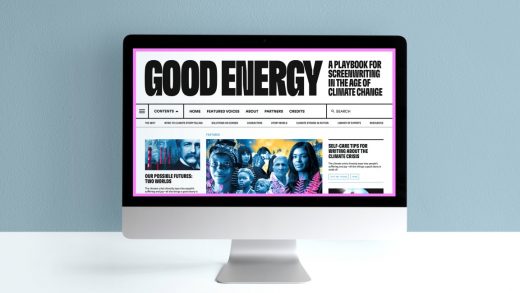 We’re already living with the reality of the climate crisis—more than 40% of Americans experienced climate-related extreme weather last year—but it’s still rare that climate change appears in movies and TV shows. Between 2016 and 2020, according to a study that will soon be published, words related to climate showed up in only 2.8% of scripts.

A new guide written for screenwriters, Good Energy: A Playbook for Screenwriting in the Age of Climate Change, is designed to help change that. “As a communications strategist, I’m just always looking for innovative and creative ways of talking about climate change that do move people at a hearts-and-minds level,” says Anna Jane Joyner, founder and director of the Good Energy Project, who wrote the guide along with screenwriters after consulting with scientists, climate psychologists, activists, and more than 100 TV and film writers. Her organization also worked with the University of Southern California’s Media Impact Lab on the study, which found that industry employees rarely use climate keywords in scripts. “It wasn’t showing up in any of the television and film I was watching, and I tracked it pretty closely. It started as more of a personal campaign: Why isn’t this here? How do we change it?” she says.

The playbook gives writers scientific background about climate and shares the history of how fossil fuel companies shaped the narrative about climate for decades, delaying any action through “greenhouse gaslighting.” It talks about climate psychology and how on-screen characters can help viewers process climate anxiety. The team worked with a climate scientist and world-building consultant from Marvel Universe to show two different possible futures, depending on how hot the world gets, and how a character might live in those worlds. It also shares more examples of real and imagined characters who could be used in stories, potential storylines, and examples of how climate can be incorporated into stories—including subtle placement of solar panels or flooding in Miami.

“When you say ‘climate storytelling,’ a lot of writers and executives and others in the industry jump straight to Don’t Look Up—a whole show or season devoted to climate,” Joyner says. “Of course, we want more stories where climate is a big part of the plot driver and the character motivator. We also just want it portrayed in any story, in any genre . . . We’re not asking everyone to stop what they’re doing and write only climate stories. We’re just asking writers to show that climate is now a part of our world in whatever way feels authentic to those characters’ stories. And we want to help them do that.”

The guide puts it bluntly: “If facts and data were going to save us, we would have fixed this shit long ago.” We know what solutions work, it says—what we need now is the political will to implement those solutions, and storytelling could be a powerful way to catalyze new policy, in the same way that TV shows helped build support for marriage equality. Joyner was inspired by Define American, another organization working to change how immigration is depicted in shows.

Regularly depicting climate change in entertainment can help normalize talking about it. Three quarters of Americans are now concerned about climate—from mildly concerned to deeply alarmed—but only one in three talk about it in day-to-day life. “It’s creating this, like, very, very isolating feeling,” Joyner says. “We also know from research, including some research that we’ve done that we’ll be releasing in the coming months, that we almost always underestimate how much those around us care about climate change. So we are freaked out personally, but we don’t think the people around us are as freaked out.”

The nonprofit is meeting with industry executives to share the playbook and will officially launch it tonight at an event with screenwriters, directors, and producers at the Academy Museum of Motion Pictures. 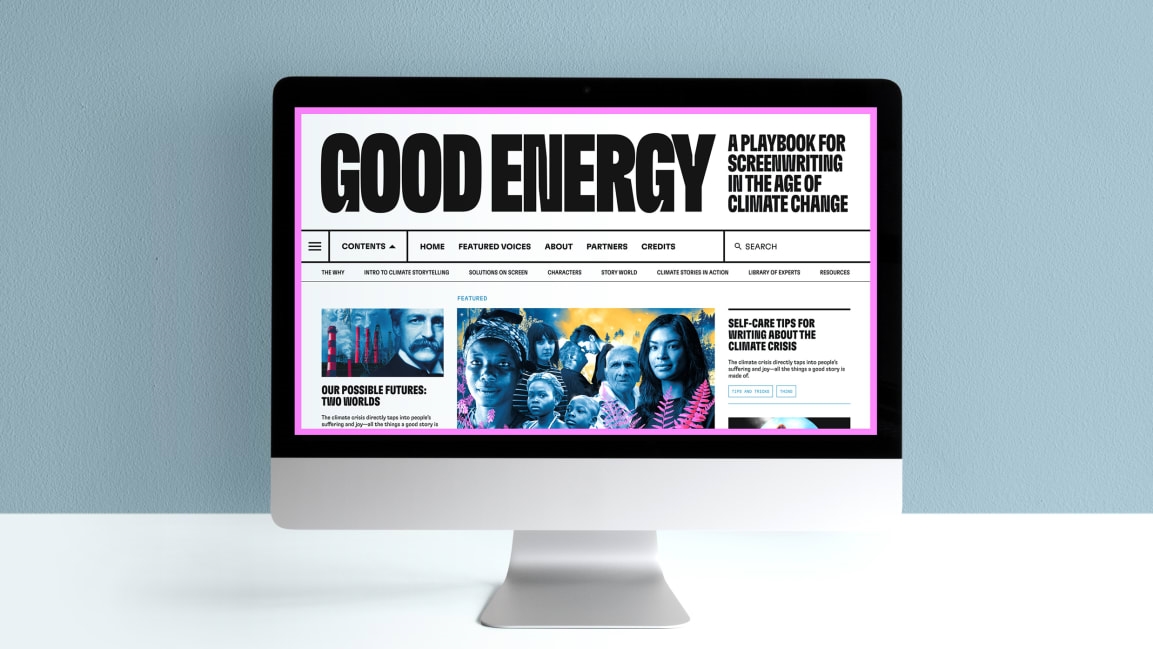