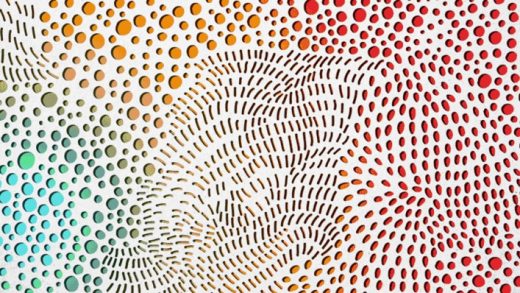 This Scientist Is Studying How ADHD Can Help Entrepreneurs Succeed

Keith Lemer remembers being a third-year student at Syracuse University’s Business school when his professor handed him a 700-page textbook that, to Lemer’s mind, looked like it would take a lifetime to get through. He’d wanted to read the material and write the subsequent term paper, but his mind wouldn’t cooperate. As the deadline approached, the young man’s attention kept snapping back to a printed fraternity directory he’d recently seen on a visit to Arizona State University. He simply couldn’t control his impulse to begin work on a Greek Directory of his own. Eventually he just gave in, and–instead of writing–built a new one that turned into a thriving business before the end of the semester.

“Everyone is lining up to turn in their papers,” Lemer says. “I told the professor: ‘Hey I started a business and I’ve already sold $50,000 in ads at 50% margin.’” The professor was impressed. He told Lemer he had done excellent work, but then failed him for not following directions. Lemer would go on to turn the project that got him an F (which he changed to a D after some cajoling), into a thriving multi-campus business. Today, he is the CEO of WellNet Healthcare, a $150 million a year health insurance provider.

Lemer’s story is typical of what Syracuse researcher Johan Wiklund found drives those with attention deficit hyperactivity disorder (ADHD) into successful entrepreneurial endeavors. They get hyperfocused on a problem that captures their attention, especially when the tasks they “should” be working on seem boring or impossible to a less-than organized mind. When that hyperfocus leads them to some measure of success, they are told that their achievements are not welcome. So they set out on their own. Not so much because they intended to be entrepreneurs, but because their consistent habit of acting without thinking nudges them onto their own path.

Wiklund says understanding this habit is key to understanding ADHD in entrepreneurship. Double booked appointments. Projects started that can’t possibly be finished. Commitments quickly made, but then just as quickly forgotten. These are the maddening downsides of this behavioral approach. But Wiklund says that acting more implusively may give ADHD individuals a sizable advantage when it comes to entrepreneurship. “Those with ADHD tend to spur themselves into action regardless of uncertainty,” Wiklund told me. “An impulsive inability to wait comes with a willingness to take risk. The [ADHD entrepreneurs] I studied struggle. But if they had a chance to be like everyone else, none of them would take it.”

Wiklund says that in extremely uncertain environments, neurotypical entrepreneurs risk getting stuck trying to gather enough data, mitigate risk, and predict an ultimately unpredictable situation. As the stakes get higher, they often got locked into a mode of endlessly thinking without acting. Wiklund found that often ADHD entrepreneurs follow a “logic of impulsivity” in which they think more about how right an action feels internally.

“If you always make decisions on the fly, you make a lot of mistakes,” Wiklund says. “And you learn from your failures, so you become very good at operating this way. You develop an ability to rapidly read a situation and quickly choose a course of action.”

Wiklund’s research is groundbreaking because while there’s long been anecdotal evidence that entrepreneurs often have ADHD, the evidence to back it up has been almost non-existent. He says a major event in his personal life led him to fill the gap.

“Five years ago I was diagnosed with ADHD,” Wiklund says. “It explained some of my problems, but I’m also a successful guy. I began to wonder if there might be positive traits that go with these so-called problems.”

So Wiklund began to interview entrepreneurs. One of those he studied, whom he calls Mary, says she often finds herself in unexpected situations, meeting with people she doesn’t recognize about topics she isn’t prepared for. But after so much exposure to these challenges, she says she has come to enjoy improvisation and gets a rush from facing the unexpected. High pressure pitches, difficult conversations and shifting strategy are less emotionally and cognitively taxing for Mary than they would likely be for others. This makes people like Mary extremely effective, Wiklund says, in startup phases of a business. Those advantages can dissipate as a company grows, becomes more bureaucratic and loss tolerant of improvisation.

WellNet’s Lemer has also learned to turn manage and even gain advantage from his non-typical ways of operating.  I found him to be overflowing with enthusiasm and confidence. But he says he struggled mightily as a student until at 20, he was diagnosed with ADHD.

“I have to work very hard to be Keith Lemer, the put together CEO,” he says. “Inside I often feel ongoing chaos.” He says it takes effort not to talk a mile a minute, not to show impatience or to tune out in meetings when he gets bored. But he says his ADHD also allows him to hyperfocus when he needs it and to shrug off the inevitable failures he experiences.

Lemer says there are two things that make gleaning advantage from the disorder possible. The first, is honesty. “I don’t hide it,” he says of his ADHD. “I wear it as a badge of honor and I use it as a point of authenticity to connect with my team and my clients.” Lemer’s on to something: Because they’ve often been punished or devalued starting at school, ADHD entrepreneurs can be defensive and secretive about their weaknesses. Being honest, Wiklund’s found, allows team members to acknowledge both the gifts and challenges an ADHD boss or colleague presents, and to take breakdowns in follow through or communication less personally

Lemer’s second success factor was finding close collaborators who give him honest reflection and offer strengths where he has weaknesses. Indeed, Wiklund found that many entrepreneurs with ADHD struggle to accept help filling in for weaknesses they won’t admit to having which can lead to failure as a business matures.

ADHD occurs in about 5% of the population. But Wiklund’s research indicates that if you work in entrepreneurial endeavors your chance of having ADHD or working closely with someone who does is far higher. Thus, it is every organization’s interest to learn to manage ADHD’s downsides and harness the advantages that Wiklund has taken from the realm of rumor into solid science. This is particularly important now when standard operating procedures and long-held best practices are quickly becoming obsolete. Flexible thinking that is comfortable with improvisation and unpredictable situations is an increasing advantage–an advantage that may make the next generation of entrepreneurs more neurodiverse than those that have come before.

Jonah Sachs is a cofounder and partner at Free Range, a purpose-driven design and innovation firm. He is the author of Winning the Story Wars and the upcoming book Unsafe Thinking, which will be published in spring 2018. 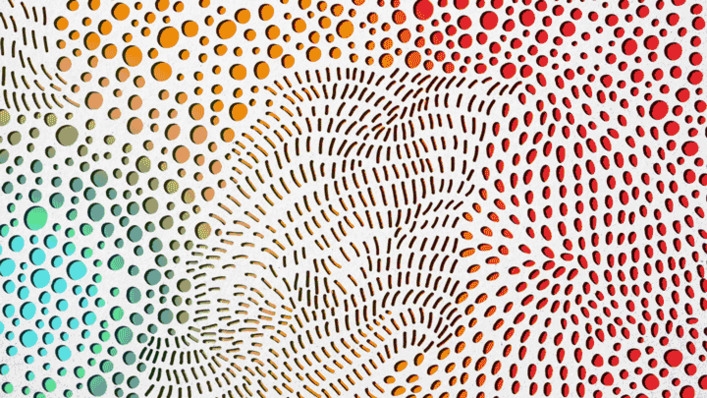