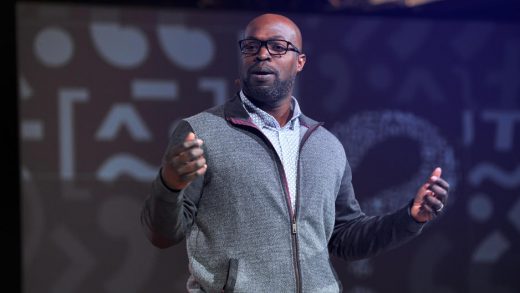 This Scientist Is Studying Mental Illness As An Electrical Issue

Why is electric shock therapy, originally invented in the late 1930s, still considered an effective treatment for alleviating the symptoms of mental illness? Why do some of us deal with stress better than others? And how can we seek to understand the brain’s complex web of neural circuits?

It’s questions like these that continue to transfix Kafui Dzirasa, assistant professor of Psychiatry and Behavioral Sciences at Duke University, and the first African American to complete a PhD in Neurobiology at Duke. Speaking on the TEDMED stage in Palm Springs this week, Dzirasa began with a personal story: Several of his close family members suffer from mental illness, including bipolar disorder and schizophrenia.

The experience of caring for them inspired him to become a psychiatrist, and it helps him empathize with patients and their family members. “I understand the stigma and I understand the shame,” he said.

Dzirasa works closely with patients, but he’s also a scientist with a neurobiology lab at Duke. The big TED-style question that underlies his research: “What if mental illness is a disorder of electricity, and not just chemical imbalances?” For neuroscientists, according to Dzirasa, the “holy grail” is to understand how 100 billion electrical impulses in the brain generate movement, feelings, thought, and understanding.

That pursuit is as challenging as it sounds. Part of the problem, Dzirasa explained, is that scientists tend not to pick apart the human brain when our brain circuitry is firing. It’s similar, he said, to unplugging a computer before breaking it apart to examine the individual components. “When there is electricity running through, you can see little ripples of brain waves. Some of us think they serve as mini metronomes that allow cells to work together, like a musical conductor.”

Another challenge, according to Harvard Medical School-based psychiatrist John Torous, is the stigma attached to treatments associated with electricity, versus those designed to address a molecular or chemical imbalance. Chemical interventions have received attention as they’re proven to be somewhat successful in improving symptoms for some patients by targeting serotonin or dopamine levels, for instance. But with other patients reporting that these medications are not effective in the long term (or at all), new research suggests that something more complex is at work.

“The analogy I like is to imagine Boston traffic where the intersections—the neuronal junctions—are perceived as the obstacle in traffic flow,” Torous explained by email. “But the narrow and old and looping roads—i.e., the neurons or electrical system in the brain—are also a problem.” While research suggests that many mental disorders are likely an electrical circuit disease, the challenge is to modify those circuits without causing further harm.

Experts such as former National Institutes of Health director Tom Insel see opportunities to characterize these old roads through advancements in neuroimaging techniques, which can be used to understand the activity of specific brain circuits. That, coupled with increasing knowledge of genetics and cellular neuroscience, offer hope of “much more mechanism-based approaches to treatment in the future,” psychiatrists Charles Zorumski and Eugene Rubin write in the book Psychiatry and Clinical Neuroscience: A Primer.

Moreover, electroconvulsive therapy, or electric shock treatments, are still seen as barbaric in the public eye in part due to negative depictions in films like One Flew Over the Cuckoo’s Nest. That may have impinged research: Many scientists have theorized the reasons why electric-shock therapy is effective for many patients but they are still looking for the evidence to back it up.

Dzirasa’s solution to what he refers to as the “metronome problem” is to implant tiny wires less than the size of a human hair into an animal’s brain and record the electrical signals.

These animals, typically mice, have genetic mutations that cause symptoms that resemble mental illness, such as severe mood swings that mimic bipolar. This approach isn’t perfect. History has taught us that just because a treatment works in a mouse doesn’t mean it will in a human, and a mouse doesn’t feel the same complex emotions. But Dzirasa views it as an important start in the race to develop new therapies: “I believe that we will cure mental illness by tuning brain waves.” 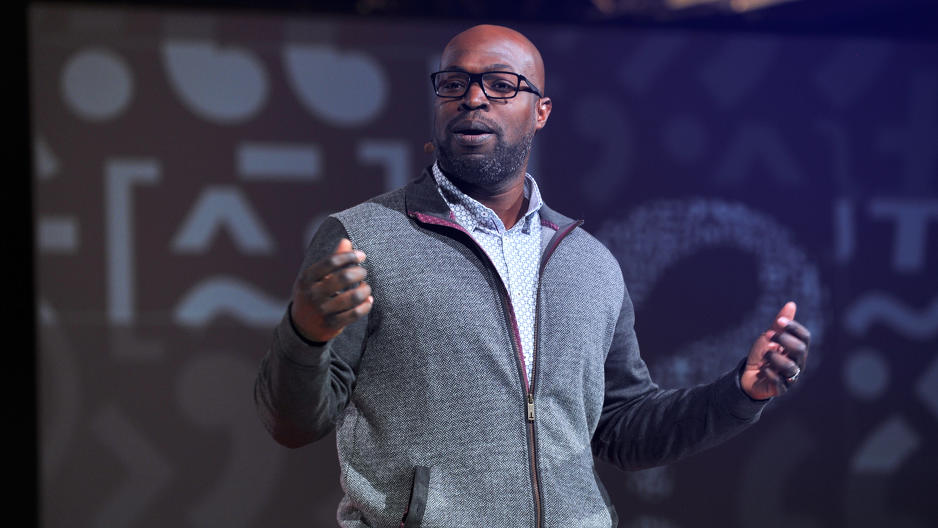