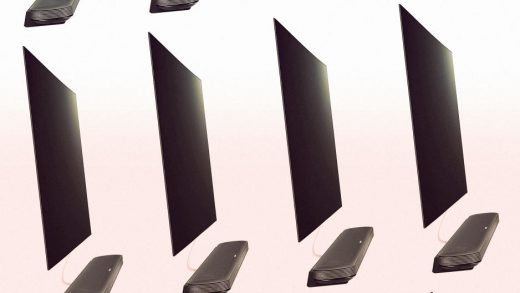 This Ultrathin OLED TV Hangs On The Wall Like A Poster

After many years of technological advancements to reduce their power consumption, organic light-emitting diode (OLED) screens are finally emerging as a higher-performing alternative to LCD TVs that people could at least imagine owning. LG has been selling super-pricey OLED TVs since 2013. The first model in the U.S. was a 55-inch HD screen that cost $15,000, but prices have been dropping fast: LG’s latest 55-inch, 4K-resolution model lists for $2,500.

OLEDs boast rich color and stratospheric contrast levels, but they haven’t yet delivered the truly sci-fi aspect promised for over a decade: paper-thin screens that can stick to the wall like wallpaper. Now, LG has come awfully close with a new flexible TV screen only the thickness of a credit card.

The W7 Signature line, which LG just introduced at CES in Las Vegas, is a line of 65- and 77-inch 4K TVs that takes OLED way farther than LCD has gone in thinness. Unlike LCD pixels—shutters that control how much light from a backlight comes through—OLED pixels are self-illuminating. The benefit so far has been very deep blacks, with no backlight glow bleeding through. But no backlight also means a much thinner screen, with the OLED material and electronics mounted on a sheet of glass. LG has now gotten the glass so thin that its latest screen is flexible—able, in theory, to bend around slightly curved surfaces like wide columns inside a building. Despite the thinness, “It’s fairly durable,” says Tim Alessi, head of product marketing at LG USA. “It seemed pretty substantial.”

There are a few cheats. The W7 needs to hang on a steel mounting plate that takes the total thickness to three millimeters and requires the screen, for now at least, to lie flat on a wall. (All those electronics had to go somewhere.) The W7 screen is attached by a cable to a box about the size of a soundbar that provides all the video processing and smart TV functions, as well as a Dolby Atmos surround-sound system. The W7 is still far from a TV that you can roll up and carry under your arm, but it bestows bragging rights to having what appears to be the thinnest TV out there. LG promises everything else, too, saying that the W7 will perform as well as its best OLED models in aspects like high dynamic range and color quality (99% of the top standard, called DCI).

The 65-inch screen weighs 17 pounds and comes out in the spring; the 77-inch version goes on sale in the second half of 2017. Like many TVs that debut at CES, the W7 models don’t have price tags. “Let me put it this way, it will be less than that $15,000 initial OLED,” says Alessi. 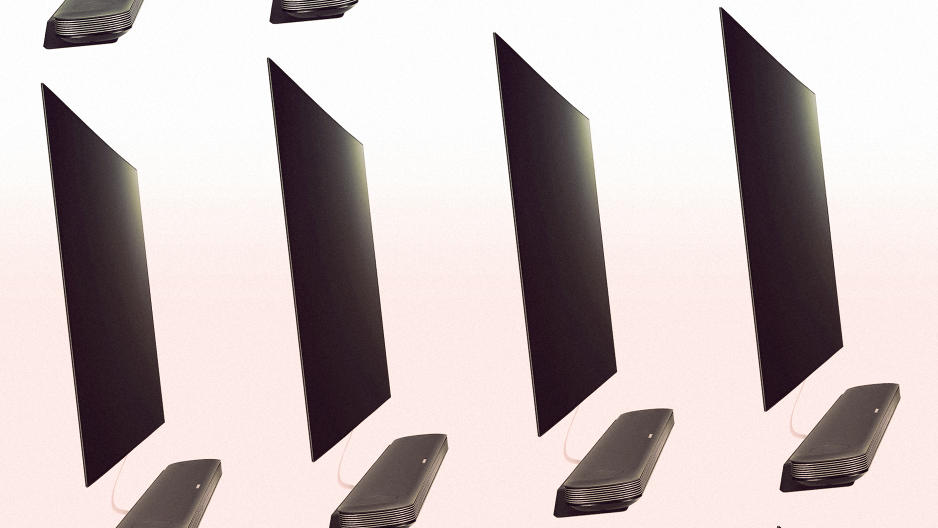