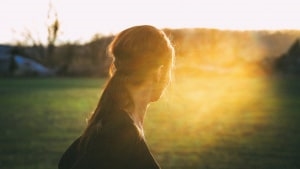 When Madalyn Rose Parker tweeted a screenshot of an email exchange with her boss a couple of weeks ago, she didn’t expect it to go viral.

“I’m taking today and tomorrow to focus on my mental health,” Parker, who’s a web developer at the software company Olark, informed her team. “Hopefully I’ll be back next week refreshed and back to 100%.”

“Hey Madalyn, I just wanted to personally thank you for sending emails like this,” CEO Ben Congleton wrote back. “Every time you do, I use it as a reminder of the importance of using sick days for mental health — I can’t believe this is not standard practice at all organizations. You are an example to us all, and help cut through the stigma so we can all bring our whole selves to work.”

When the CEO responds to your out of the office email about taking sick leave for mental health and reaffirms your decision. ???? pic.twitter.com/6BvJVCJJFq

Thousands of likes and retweets flowed in, but so did comments from other workers in the Twitterverse who had personal stories to share. Unfortunately, many said Congleton’s response wasn’t typical for a business leader. Others detailed their experiences in work cultures that don’t support mental health.

I worked at a mental health facility that gave points twd being fired for any sick days taken causing the decline of ppls mental health.

this is awesome, but I get so few sick days I don’t feel I can afford to take them for mental health – even if I’m having a bipolar episode

The overwhelming response prompted Congleton to pen a follow-up post on Medium, where he pointed out the prevalence of mental health issues in the U.S. “It’s 2017. I cannot believe that it is still controversial to speak about mental health in the workplace when 1 in 6 Americans are medicated for mental health.”

Indeed, the National Alliance on Mental Illness (NAMI) estimates that one in five U.S. adults experience a mental illness and a little over 18% (42 million) live with anxiety disorders. Depression is the leading cause of disability worldwide. For comparison, one in five people in the U.S. have either allergy or asthma symptoms, and four million workdays are lost each year as a result of hay fever.

Yet of the more than 1,500 workers polled in a 2016 Work and Well-being survey by the American Psychological Association, fewer than half (44%) said their employers supported their well-being. One in three reported feeling chronically stressed on the job.

Parker is among those with anxiety and depression, and she’s been vocal about working through those conditions at Olark, long before her tweet went viral. But this new conversation she ignited has the potential to get other employers thinking harder about supporting those who’ve felt less comfortable speaking up about mental health.

Create A Sense Of Security

Congleton tells Fast Company that Olark set the stage for open discussions around mental health several years ago, when three workers including Parker came forward to talk about issues like burnout, depression, and bipolar disorder. “We created a safe place for people to disclose to each other,” says Congleton, acknowledging that the 40-person startup is still quite unique.

Olark offers its staff–many of whom work remotely–unlimited paid time off, which includes both vacation and sick time. “We do track sick days to report to the state as required, but generally speaking, we found it’s much more of a problem to get [employees] to take more time off,” he explains. That said, Congleton maintains he’s keen to help other companies “get to this place where people feel safe” talking about mental health issues to the same degree they do about physical health.

“It starts with vulnerability as a leader,” says Congleton. “We all struggle, we all face anxiety,” he points out, “and we don’t know all the answers.” He’s dismayed by the idea that people at all levels of a company believe they can never show weakness, which he attributes in part to leaders. Some may come off as idealized emblems of success because of their drive and habit of pushing hard to get stuff done. Despite this impression, Congleton says, “we are all human.”

Another, more practical leadership strategy is to simply trust employees to use sick days for mental health. “They don’t have to disclose it, Congleton says, “but make them feel comfortable doing that [by showing that their] leaders believe that mental health is a real thing.”

Kim Littlefield, senior vice president of Keystone Partners, a talent management and career consultancy, agrees. “Be a compassionate manager who not only keeps employees on task but figures out how to help employees,” she offers. This might simply mean checking in with team members about their work assignments. “Be sure to ask questions like, ‘How is it going?’  and add, ‘How can I help?’ Then make sure to follow up with them,” Littlefield suggests.

That’s especially important in high-pressure situations. “When stress is at full-tilt,” she says, “encourage employees to reflect on what they do well when change happens to them, and have them think about what they would like to do more of.”

Beyond conversations like these, Littlefield also recommends some of the policies Olark already has in place, like remote work and flexible hours.

Speak Openly About All Medical Conditions

Dr. Heather Towery, the medical director of Advance Medical, says that includes speaking openly about all medical conditions. “That anxiety, depression, bipolar illness are viewed through a different lens than other medical conditions, like cancer or hypertension, is the first barrier that needs to be broken down,” she argues.

Sometimes just having a benefit in place isn’t enough. While employee assistance programs or expert behavioral care can offer outlets to talk confidentially with a professional, many employees may not know about or take advantage of them. As Towery sees it, mental health awareness is “as important an initiative as other medical issues, such as breast cancer and heart health,” and needs to get the same level of attention in companies’ regular communications.

Yet it’s not always easy to get HR on board, even if leadership is. Congleton admits he’s unable to suggest what HR managers should or shouldn’t say to employees about mental health, citing compliance concerns with privacy regulations. However, Jennifer Akullian, a psychologist affiliated with Open Sourcing Mental Illness (OSMI), a nonprofit that offers resources and support on these issues, points out that the Americans with Disabilities Act (ADA) includes anti-discrimination protections on the basis of mental health. The law also offers access to accommodations, including slight changes to the workplace or expectations.

In fact, OSMI recommends certain accommodations be available to all employees, even those who haven’t been formally diagnosed—particularly the ability for anybody to take leave for mental health. HR departments can simply “work with employees to determine when this is appropriate, how to request it, and how long leave can be,” says Akullian, “and it varies across organizations.”

She adds that companies lose out when they (wittingly or unwittingly) compel team members to come to work when they aren’t capable of working productively. “It does not serve the employee or the organization to force work hours on an individual who is struggling mentally.”

Congleton, for one, already realizes the futility of pushing productivity at the cost of workers’ mental health. “The fact that 20% of the workforce is struggling with something that we never talk about is sad,” he says, adding that some of Olark’s top performers have dealt with mental health issues, as is likely true elsewhere—even when those employees don’t talk about mental illness.

If an employee is working at 50% or 30% capacity because they’re on the verge of burnout, Congleton muses, why not let them “take a day and come back refreshed?” Too many companies don’t do that, he suggests, because they still think of mental health days as extra vacation time.

Changing this attitude starts at the top, Congleton believes, and he’s not alone. Says Littlefield, “Communication from CEOs—as well as individual managers—has the power to change mind-sets.” Starting that conversation may be as easy as sending a single email, or a tweet.

When Olark’s CEO applauded a staffer’s decision to take a day off for mental health, it set off much-needed discussion about an issue that remains taboo.

When Madalyn Rose Parker tweeted a screenshot of an email exchange with her boss a couple of weeks ago, she didn’t expect it to go viral.