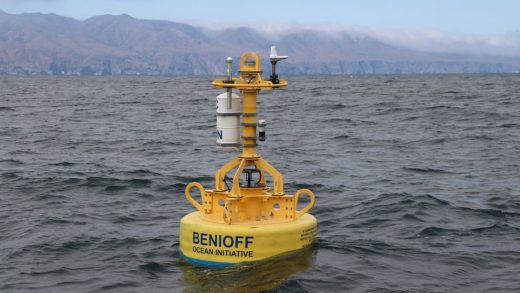 For a blue whale or a humpback, being in the wrong place when a massive cargo ship moves through the ocean can mean death. Along the West Coast, alone, scientists estimate that around 80 endangered whales are struck and killed by ships each year. But a new tool could help warn captains when whales are nearby, potentially saving lives.

Called Whale Safe, the technology uses an acoustic monitoring system with microphones mounted on the seafloor, connected to buoys with a satellite transmitter. The audio file goes through a computer program that tries to identify the species using AI, then creates a visualization of the sound that can be sent to a scientist for quick verification.

“It’s kind of like sheet music but for whale calls,” says Morgan Visalli, the lead scientist on Whale Safe at the Benioff Ocean Initiative, a program at the University of California Santa Barbara that is working on the project with several partners, including NOAA, the Woods Hole Oceanographic Institution, and others. “We call it a pitch track, and they’re very easy for these acousticians to then look at and quickly be able to say, ‘Oh, yeah, that’s definitely a blue whale call. That’s definitely a humpback whale call.’”

As the system monitors for whale sounds in near real-time, it separately creates a model for blue whale movements based on conditions like the surface temperature of the water and ocean currents—essentially weather forecasting for where blue whales would likely be. The system also pulls in data from community scientists on whale-watching boats, who use an app to report sightings. All of the data are combined to create a danger rating that ships can use, indicating the level of risk that a whale is nearby. If so, ships can slow down: a slow speed, around 10 knots per hour, can dramatically reduce collisions. The team is also tracking the speed of ships to see which shipping companies are most responsive to the new alerts.

It’s not clear yet why whales can’t swim out of the way when a ship approaches, Visalli says, though some scientists hypothesize that as the largest creatures in the ocean, the animals didn’t evolve to recognize this type of threat. They may also be hit when feeding. “A blue whale, the largest animal that’s ever lived, can consume up to 12,000 pounds of krill in one day,” she says. “So when they’re in a good feeding spot, they are really focused on feeding and so it might be that they’re just really engaged in another behavior that doesn’t allow them to avoid the ship in time.”

The tech is being launched first in the Santa Barbara Channel, where shipping lanes lead to the ports of Los Angeles and Long Beach, two of the busiest ports in the world. But it could later be replicated elsewhere, since the problem is widespread. “The issue of whale-ship collisions is something that occurs all over the world, and especially in busy coastal areas where we have really important whale habitat, whether that’s feeding grounds or migration routes that can overlap with places where we have a lot of ship traffic,” Visalli says. 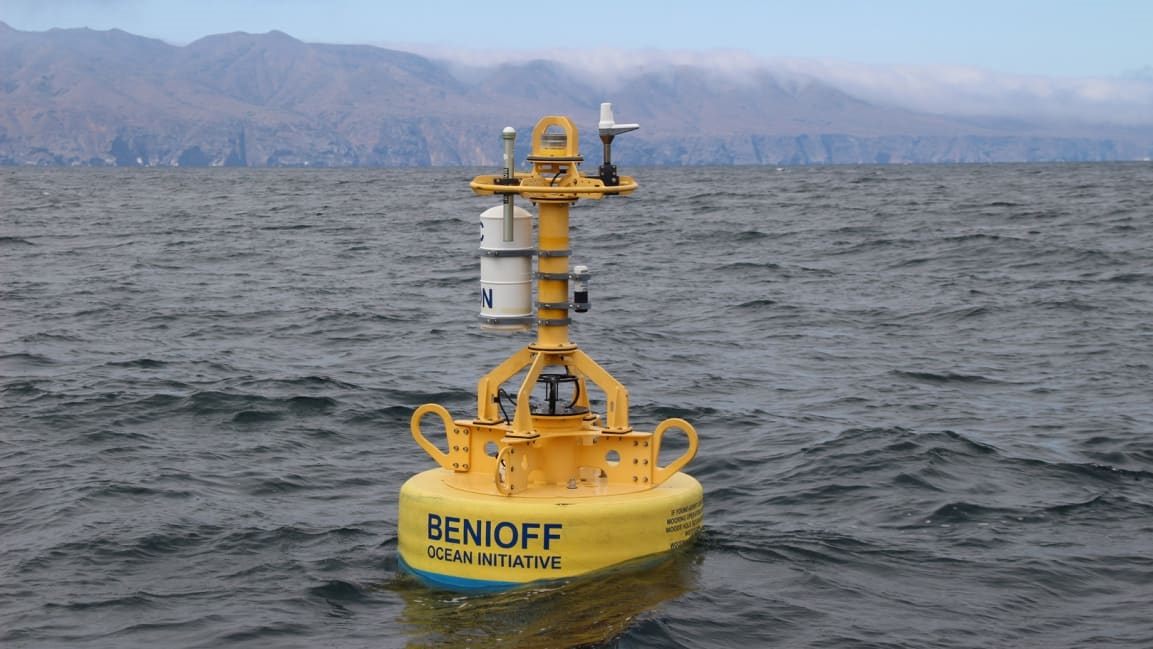