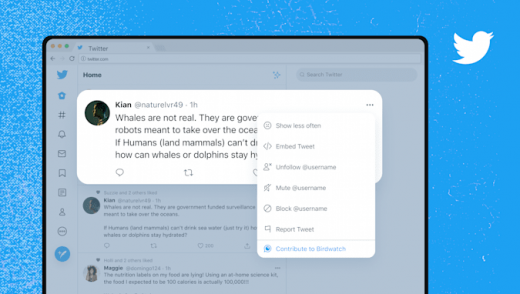 Birdwatch is Twitter’s latest effort to fight misinformation on its platform.

Twitter is launching a new feature to fight misinformation: Birdwatch, a “community-driven approach” that crowdsources fact checks directly from other Twitter users. The experiment was first spotted last fall, but the company is now officially introducing the project with a new pilot program.

“Birdwatch allows people to identify information in Tweets they believe is misleading and write notes that provide informative context,” Twitter writes in a blog post. “We believe this approach has the potential to respond quickly when misleading information spreads, adding context that people trust and find valuable.”

Under the pilot program, users can apply to participate. Twitter notes that it will only be available to a “small test group” initially,” but that it will add more applicants over time. Approved Birdwatch contributors will then be able to select tweets with misinformation and append their own notes, similar to a fact-checking website.

For now, the fact checks will live on a dedicated Birdwatch site, but Twitter says the goal is to eventually integrate them directly into tweets “when there is consensus from a broad and diverse set of contributors.”

The project marks one of Twitter’s biggest forays into fact-checking. Unlike Facebook, Twitter hasn’t had formal partnerships with third-party fact checkers. The company has instead relied on its own editorial team to add context to tweets. Over the past year, the company began adding labels to tweets with misinformation about COVID-19 and the presidential election.

With Birdwatch, Twitter will no longer need to rely on its own employees for fact-checks. Users will be able to flag viral misinformation and add notes.Twitter points out that it’s not assigning “true” or “false” ratings like other fact-checking sites, but instead providing “useful context.” Twitter told NBC News that Birdwatch users can also rate each other’s notes to guard against intentional manipulation.

Still, the effort could be controversial as Twitter’s previous moves into fact-checking helped fuel the rise of Parler and other “free speech” alternatives to Twitter. The company says it talked to more than 100 people “across the political spectrum” in the lead-up to Birdwatch and that there was “broad general support” for the project. The company suggested that people may be more receptive to fact checking when it comes from another user, rather than from Twitter or a “central authority.”

“We know this might be messy and have problems at times, but we believe this is a model worth trying,” Twitter says. 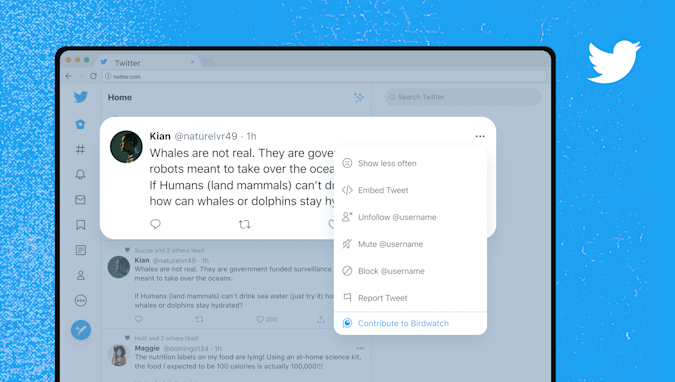