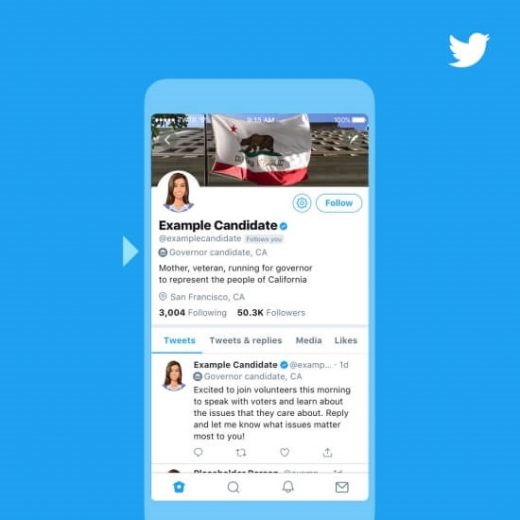 Starting May 30, qualifying candidates will have access to labels confirming their candidacy and campaign details. 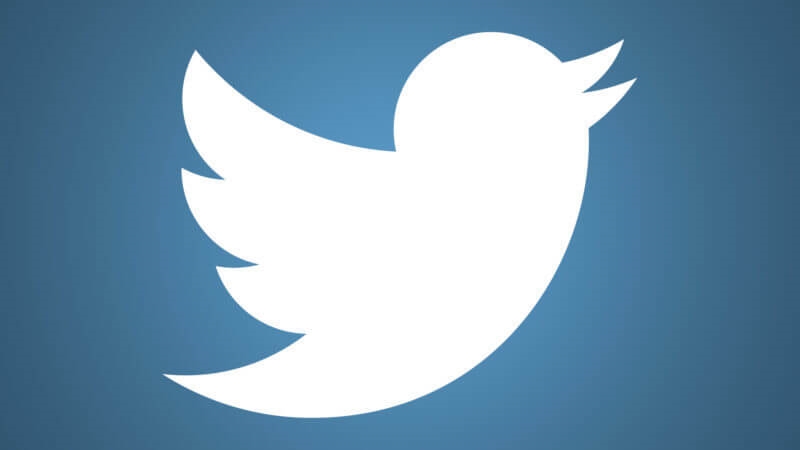 Twitter is arming itself against abuse from outside forces in advance of this year’s midterm elections. The site is introducing new labels for US midterm election candidates and is set to launch its Political Campaigning Policy later this summer.

The new US midterm election labels will be displayed on a candidate’s Twitter profile page and include campaign details such as the office the candidate is running for, the state location for the office and the district number, as well as a “clearly identifiable” small icon of a government building. 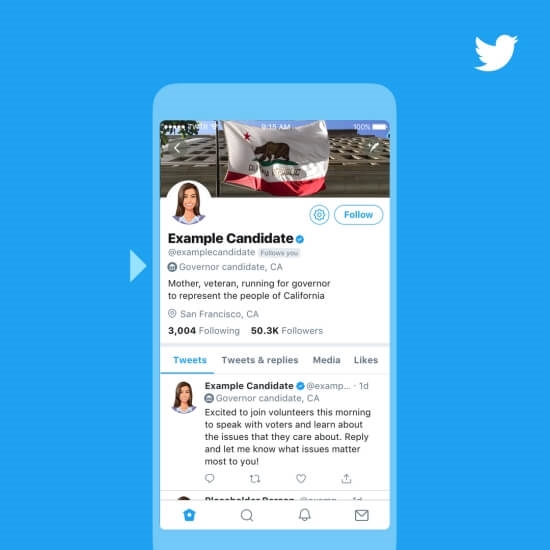 In addition to being displayed on the candidate’s profile page, labels will also show up alongside tweets sent or retweeted by the account — including tweets that have been embedded on other sites outside of Twitter.

As long as candidates give consent, the labels will appear on the Twitter accounts for candidates in state governor, US Senate and US House of Representative races during the 2018 US midterm general elections. Twitter says labels will begin appearing on qualifying candidate accounts as early as May 30 and will continue rolling out as states continue to hold primary elections.

Twitter is partnering with the nonprofit and nonpartisan organization Ballotpedia to help identify qualified candidates.

In addition to the new candidate labels, the site also announced its new Political Campaigning Policy.

“Today, we are launching our Political Campaigning Policy in the United States to provide clear insight into how we define political content and who is advertising political content on Twitter,” writes Twitter’s GM of revenue product and engineering, Bruce Falck.

The new policy will require advertisers running political ads to self-identify and certify they are in the US by providing FEC IDs. Non-FEC-registered organizations and individuals will be required to submit a notarized form to the site before being authorized to run political ad campaigns.

“We will send a letter to the mailing address registered with the FEC, business or individual to validate the identity and location of all political campaigning advertisers,” writes Falck.

“This will allow users to easily identify political campaigning ads, know who paid for them, and whether it was authorized by a candidate.”

Enforcement for the new policy is scheduled to being later in the summer, but advertisers wanting to run political ads on the platform can apply now to be qualified once the new policies begin. (Twitter included a link to its “How to get certified as a Political Campaigning advertiser in the US” site for advertisers to start the qualification process.)

Unlike Facebook, which has rolled out new policies covering both political and issue-related ads, Twitter is separating issue ads from political ads, giving them a separate policy, which hasn’t been announced yet.

“This allows us to have a nuanced approach to transparency that is mindful of the inherent difference between political and issue-oriented advertising campaigns,” writes Falck.

These policy updates fall in line with a number of changes Twitter is making to improve the overall health of the platform. Last week, the site announced it was modifying how conversations happen based on user behavior and conduct. In February, it rolled out new policies that restricted accounts from posting identical content across multiple accounts, aiming to reduce spam and bot activity.