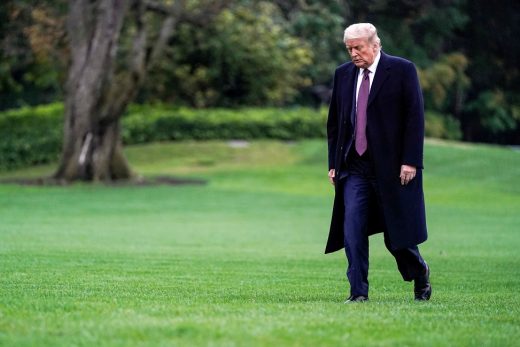 Twitter slapped a warning label on an election-night tweet from President Donald Trump, for “making a potentially misleading claim about an election.” In the tweet, Trump claimed that “they are trying to STEAL the Election,” and that “Votes cannot be cast after the Polls are closed.”

The label appears in place of the tweet in users’ timelines, though they can still click through to view it. “Some or all of the content shared in this Tweet is disputed and might be misleading about an election or other civic process,” the notice says. Users are also blocked from retweeting, though they can still share it with a Quote Tweet.

We placed a warning on a Tweet from @realDonaldTrump for making a potentially misleading claim about an election. This action is in line with our Civic Integrity Policy. More here: https://t.co/k6OkjNXEAm

In a statement shared shortly after the label appeared, Twitter confirmed the tweet had broken its rules around “making a potentially misleading claim about an election.” The company previously said it would label tweets that break its rules around declaring victory prematurely, or making false claims about the election or ballot-counting process.

On Facebook, where Trump posted the same message, Facebook applied a more vague label that says “final results may be different from initial vote counts, as ballot counting will continue for days or weeks.” The social network also labeled another Trump post, which said “I will be making a statement tonight. A big WIN!” That post bears a similar notice that “ballots are still being counted,” and a winner has not been projected. Twitter has so far opted to not label that tweet.

Trump’s claims were among the first major test of social media platform’s election-night policies, which both Facebook and Twitter have spent months preparing for. Earlier in the night, Twitter labeled a tweet from Trump’s campaign about the results in South Carolina. Both companies previously said they would not allow either presidential candidate to declare victory before results are clear, and that they would rely on state election officials and national media organizations to make those calls.

Update 11/4 11:36am ET: Twitter labeled another Trump tweet Wednesday morning — also for making a misleading claim. “As votes are still being counted across the country, our teams continue to take enforcement action on Tweets that prematurely declare victory or contain misleading information about the election broadly,” a Twitter spokesperson said in a statement. “This is in line with our Civic Integrity Policy and our recent guidance on labeling election results.” The company has also labeled several other tweets from prominent accounts for making similar claims.

Last night I was leading, often solidly, in many key States, in almost all instances Democrat run & controlled. Then, one by one, they started to magically disappear as surprise ballot dumps were counted. VERY STRANGE, and the “pollsters” got it completely & historically wrong! 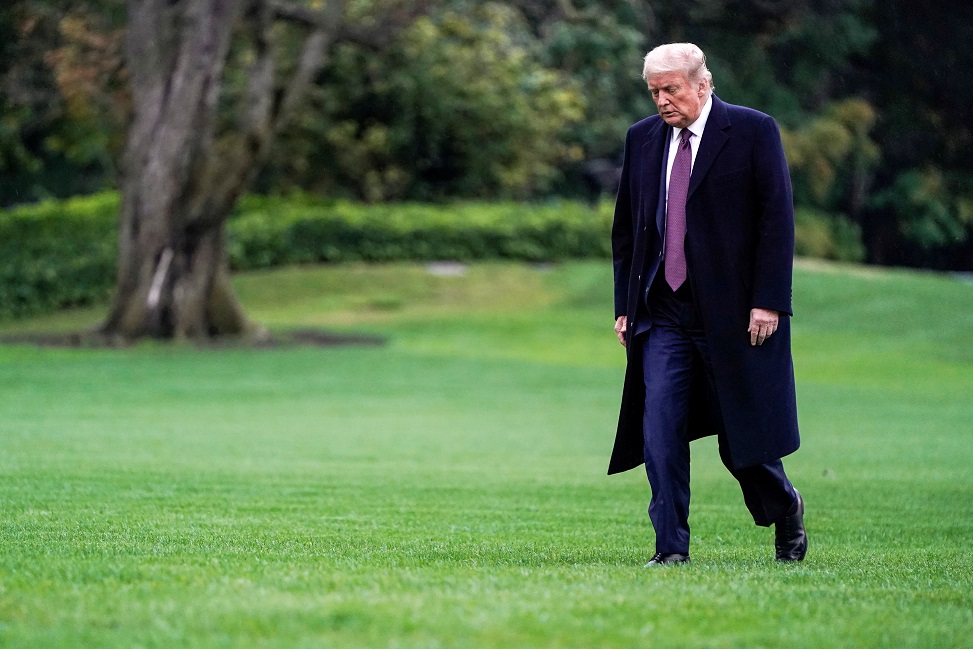