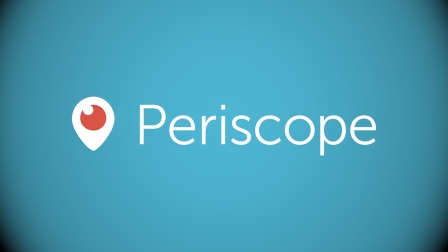 Twitter’s Periscope and Facebook Live are dabbling in more TV-quality broadcasts in apparent hopes of attracting TV-loving audiences and advertisers.

Periscope appears to be stepping up its live streams’ production quality in order to keep step with Facebook Live.

On Thursday, popular Periscope broadcaster Alex Pettit posted a Periscope stream that incorporated pre-recorded video and graphics during the live broadcast, as spotted by Mashable’s Sam Sheffer. That seems to be a new thing, since Periscope has never announced a way for people to add anything to their live streams other than whatever appears in front of their phone cameras.

“We’re always testing new functionality that gives our broadcasters the ability to create great content,” a Periscope spokesperson said when asked about the apparent tests, declining to comment on how someone like Pettit is able to insert pre-recorded videos and graphics to their live streams and if/when Periscope plans to roll out that option officially.

Inserting pre-recorded video and graphics makes a Periscope stream seem less like the off-the-cuff peek that popularized mobile live-streaming apps last year and more like a TV-style production. That appears to be the entire point. Twitter, in particular, has been trying to attract more TV-quality live broadcasts this year, through its deals with the NFL, CBS, Bloomberg and others. And earlier this year, Facebook added a way for media companies to broadcast pre-recorded footage through Facebook Live.

Why opt for more TV-like broadcasts? Because maybe they’ll bring TV-loving advertisers and audiences into the fold.