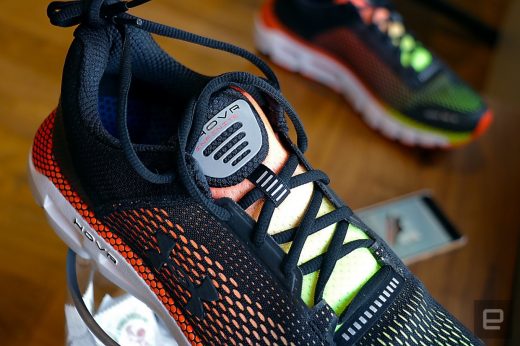 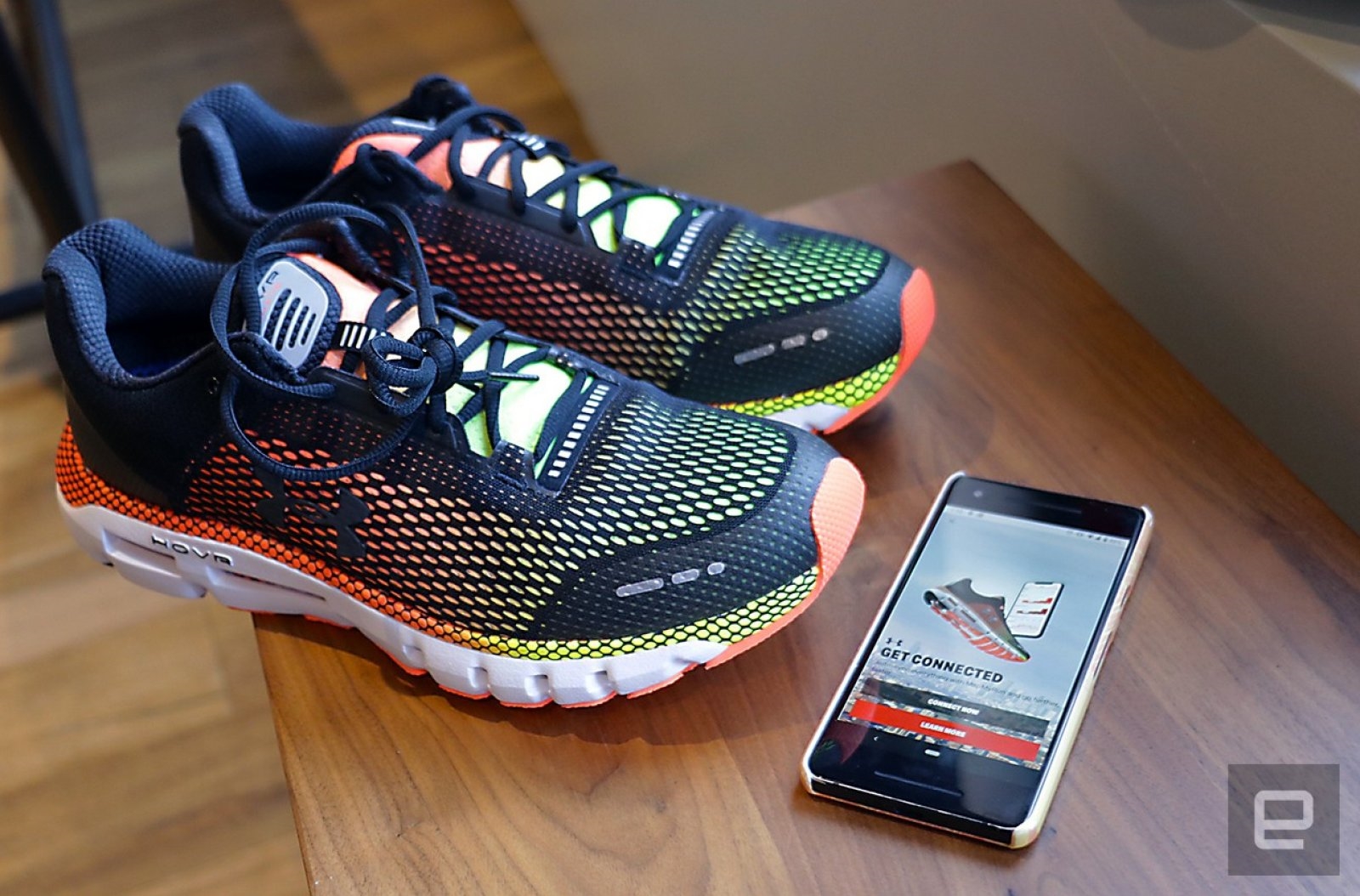 Under Armour has been making a major push into smart running shoes for a couple of years now, and in 2019 the company is taking those efforts even further. This year, it plans to launch a suite of connected sneakers (five, to be exact), starting with the HOVR Infinite. Pictured above, the Infinite is a $120 running shoe that can be paired to Under Armour’s MapMyRun app via Bluetooth, letting you keep track of your stats right on your smartphone.

The Infinite follows the HOVR Phantom and Sonic that were introduced last year, both of which will have their second version later this spring. Under Armour has also revealed the HOVR Guardian and HOVR Velociti 2, with the former being designed for long-distance running and the latter as a tempo trainer for smoother runs. As far as the Infinite goes, that pair is intended to be for every-day runs, including long-distance ones. Under Armour says the Infinite offers the runner a “consistent underfoot feel through an infinite number of miles.”

Most hardcore runners tend to go to specialty shops for shoes, where they can run on a treadmill and the staff narrows down choices based on their gait and foot shape. Under Armour, however, seemingly hopes the tech inside the HOVRs is enough to lure you in. That said, regardless of the connectivity aspects, the HOVRs have to be comfortable running sneakers, and many runners still prefer Nike, Adidas, Asics and other brands over Under Armour. 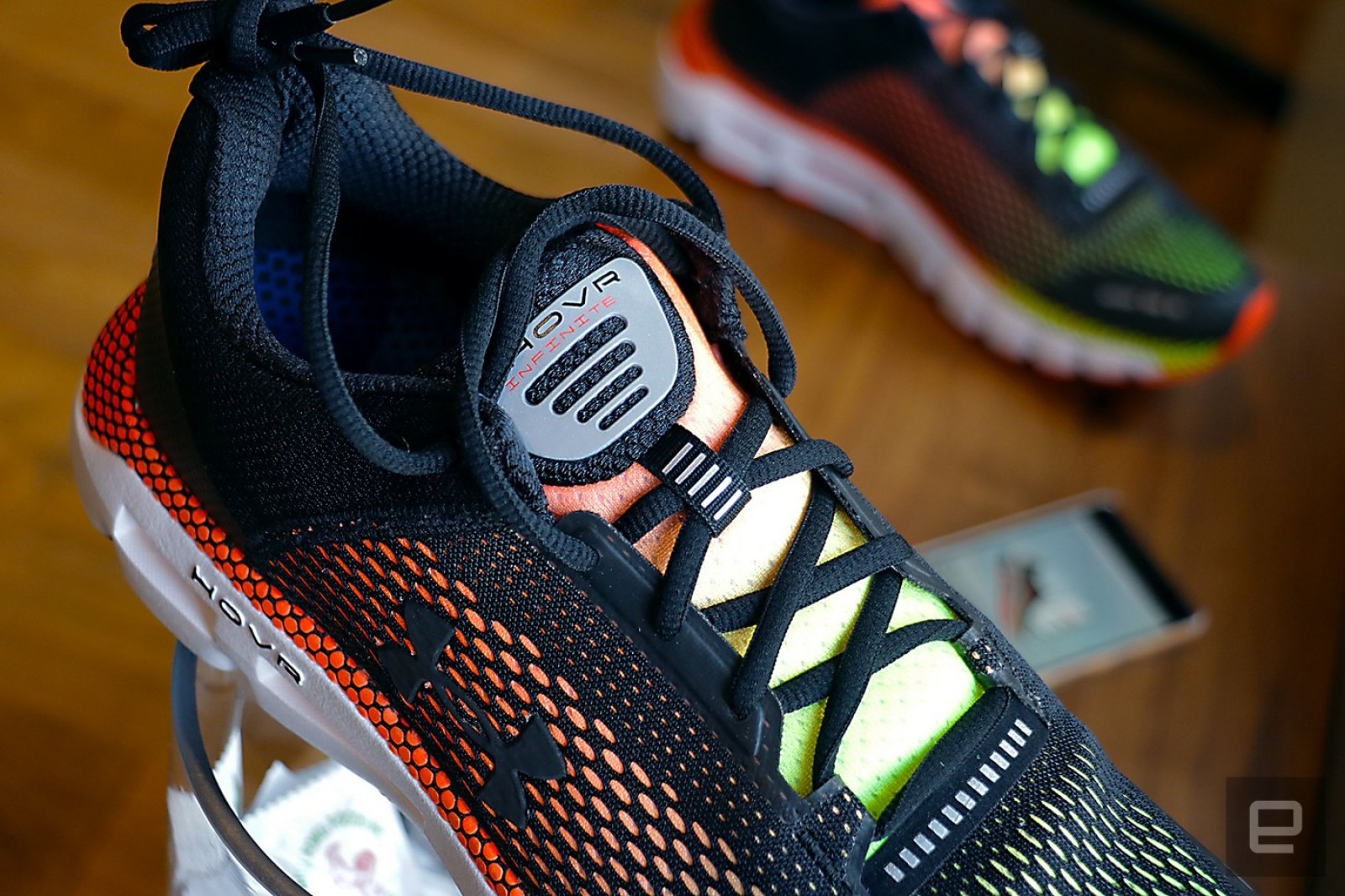 Of course, the main feature of all of these HOVR shoes is that they connect with MapMyRun, Under Armour’s run-tracking application. They have built-in sensors that measure your cadence, distance, pace, stride and steps. Using the data collected by the shoes, which they can do without being paired to your phone, MapMyRun gives you tips on how to improve your pace and splits by changing your form, like if you should be taking shorter or longer strides during your run.

Aside from that, Under Armour has updated its companion app with a personalized gait-coaching feature, which analyzes your stride and uses that info to give you tips on how to run with less effort and reduce risk of injury. Based on your different runs, the digital gait coach gives you a summary and then shows you how your current form compares with each. The goal, naturally, is to help you make adjustments and get to your ideal running form using the coaching suggestions.

The HOVR Infinite, Guardian, Phantom/SE and Sonic 2 are available starting today on Under Armour’s site, while the Velocity 2 is set to hit stores in the coming weeks.