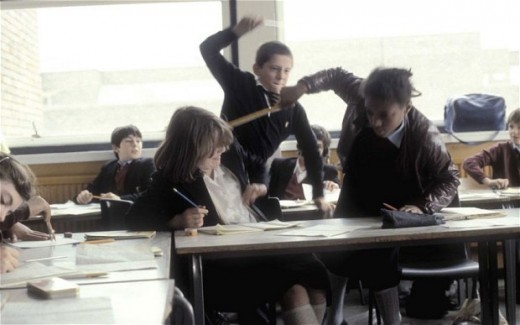 Hungerford’s appeal win shows it’s unruly pupils who should be blamed for disruption in schools, not the teachers who try to edcuate them

Three cheers for Regina Hungerford. The 54-year-old teacher faced a devastating lifetime ban from the classroom and from volunteering with her beloved Girl Guides after she was found guilty of clipping Shane Jenkins with a book.

The boy, who was then 17, refused to stop playing music on his phone, and Mrs Hungerford admitting “losing it” and throwing the phone out of the window, although she denied assault.

With a giant hickey on his neck and baseball cap at a charming, f***-you angle, Jenkins is exactly the kind of kid who makes life hell for thousands of teachers as they struggle to educate young people who have not been taught the rudiments of manners at home.

A pupil at Merthyr Tydfil College in south Wales, Jenkins ignored Mrs Hungerford’s repeated requests for him to turn off his mobile, eventually saying: “You can’t make me.” Sadly, an accurate assessment of her professional helplessness.

It was then that the veteran teacher hurled the mobile, though the temptation to defenestrate the brat must have been immense.

Jenkins initially said he was not sure that the teacher had hit him, but later decided that she had. Years of dedicated service reduced to chalk dust on the say-so of one lout.

How fantastic, then, that Regina Hungerford has won her appeal to get her conviction quashed.

Her supporters called on the law courts to sympathise more with teachers under strain from badly behaved pupils.

Too right. I have a vivid memory from my own teacher training of a girl called Patsy who took pleasure in provoking me, at one point exiting a classroom window and strolling along the high ledge outside.

When, in my frustration, I banged a book down on her desk, Patsy gave a sly look of triumph and proceeded to cite legal chapter and verse on how she was going to “get” me.

I was much less experienced than Mrs Hungerford, but it was a chilling insight into the way in which the balance of power between staff and pupils had changed.

Teachers who have to work with disrespectful kids like Shane Jenkins deserve a medal, not a conviction. 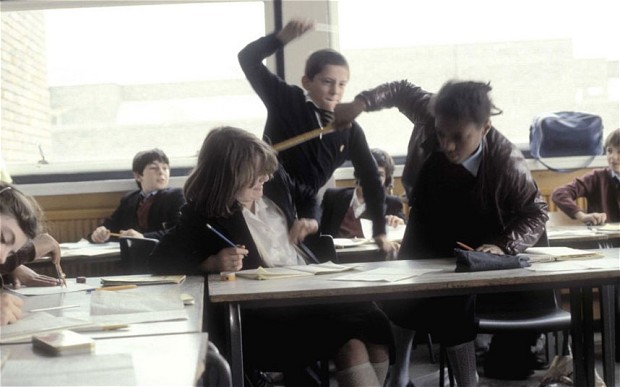