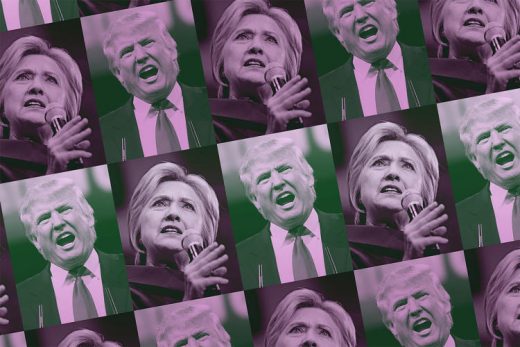 If you’re jonesing to show leadership, the hot thing to be is “emotionally intelligent.” What does that mean exactly? EI, or EQ as it’s sometimes called, is a measure of an individual’s responsiveness, empathy, ability to listen, and their self-awareness. Those who exhibit heightened emotional intelligence excel at their jobs and stand out to employers. Recruiters say they’re now looking for this ability more when evaluating potential hires.

HireVue, for example, offers digital video analytics both to help companies analyze job candidates—looking at how they present themselves on video—as well as coach teams to be more authoritative when presenting through its AI-driven platform.

It’s easy to understand how evaluating emotional intelligence could lend itself to the presidential debates. What are these televised events, if not high-stakes job interviews? So Fast Company got an exclusive look at how Hillary Clinton and Donald Trump stacked up when analyzed by HireVue’s platform.

How To Parse EI With AI

“We look at video, audio, and language patterns to determine emotional intelligence and sentiment,” wrote CTO Loren Larsen, in a message to Fast Company.

Combining the audio text and speech patterns gives us hundreds of data points on their use of language. For example, the use of ‘I’ and ‘we.’ ‘We’ can be correlated to confidence—i.e. people who use ‘we’ are more confident, or it can also be used to create distance from something a person may not want to take responsibility for. For facial analysis, we’ve partnered with Affectiva to leverage their emotion-sensing analytics to measure the candidate’s emotional engagement correlated down to the micro-expressions level.

In essence, the platform looks at what people say, how they say it, and what expressions they make. If someone smiles a lot, it picks up on that. If they use a certain tense, it analyzes what that could mean from an emotional perspective. For employers, this sort of analysis helps give formalized data about how a person would behave in the workplace. For a presidential candidate it gives a rare glimpse into what they illustrated beyond their frustrations and political platitudes.

Trump versus Clinton across all three debates. Here we see the range of emotions both candidates showed during all three debates. Clinton seemed to dominate the top-right area, which represented both “joy” and facial expressions like smiles and smirks. Conversely, Trump had a stronghold on the “sadness,” “disgust,” and “fear” quadrants, along with both “negative sentiment” and “negative valence.”

The third debate. Looking more closely at just this week’s debate, negativity prevailed. Both candidates exhibited disgust during the 90-minute spectacle. Trump, however, seemed to dominate the strongest emotions with heightened scores for “fear,” “contempt,” and “negative sentiment.” Clinton, according to the data, presented the only positive emotional elements, which included some “joy” and “smiles.”

Clinton’s performance. Clinton’s range of emotions and reactions seemed pretty consistent throughout all three debates, although she exhibited the most positive emotions during the second. What’s more, according to the graph, she was most negative during this week’s debate.

Trump’s performance. Similar to Clinton, Trump’s range of emotions seemed relatively consistent throughout the three debates. The third one, however, was when he emoted the most negatively. He smirked a lot during this event, too. “Negative sentiment,” “contempt,” and “anger” were persistent throughout all three conversations.

Putting It All Together

The general reaction to Wednesday’s debate was that it seemed the most frenzied and negative of the three, with Trump frequently on the attack. The data provided by HireVue shows the degree to which he went negative, as well as the specific emotions he conveyed to the millions of people watching. It also showed the two candidates’ relatively circumscribed emotional spectrum. They have their scripts, their reactions, their talking points, and they stick to them. When the discussion went off script, their emotions only became more heightened.

When the discussion went off script, their emotions only became more heightened.

All the same, it should be noted that while illuminating, there are obvious limitations to what this data says. It’s helpful to see plainly the range of emotions conveyed by each candidate, but that only tells one side of the story—and speaks more to their ability to present rather than the substance of the remarks.

As Fordham University psychologist Dinesh Sharma told Fast Company in a previous interview, emotional intelligence “doesn’t get at the complex dynamics that play out in a workplace, where you’re in multilateral relationships.” In essence: This data is interesting, but not exhaustive.

All the same, if you watched the debates and thought to yourself, ‘Donald Trump seems angry,’ you can tell your friends you were right.

related video: Facebook Wants To Win At Everything, Including Artificial Intelligence

HireVue gives Fast Company an exclusive analysis of how the candidates emoted in all three debates. Clinton smiled and smirked, while Trump dominated the “disgust” and “fear” quadrants. Clinton was at her most positive during the second debate and most negative in the third. 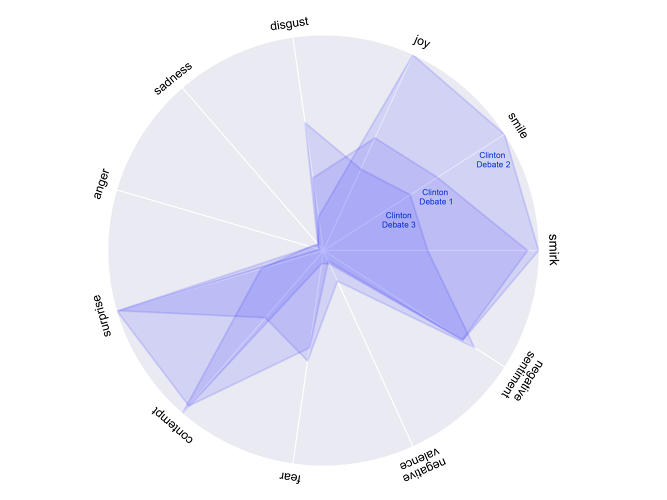 The third debate brought out the most negative emotion in Trump. 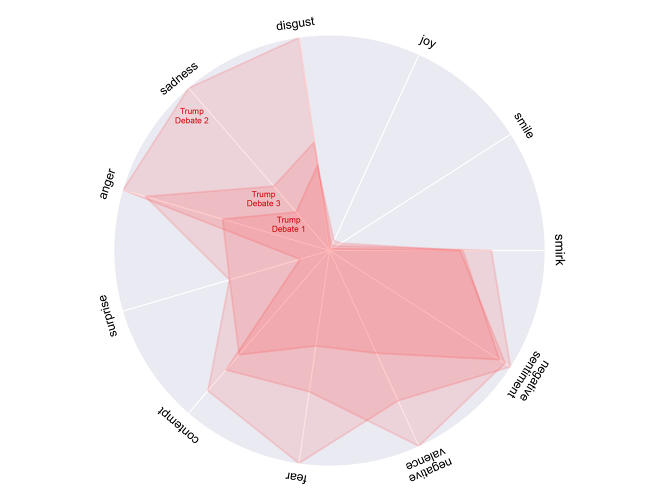 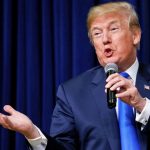 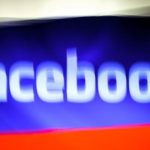 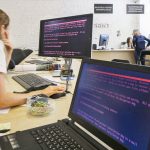 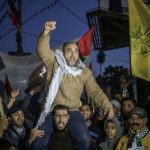 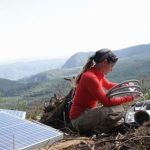 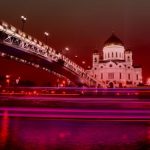 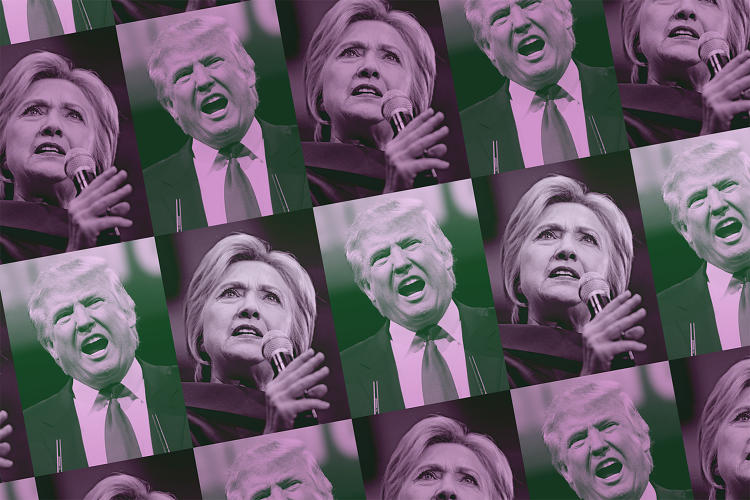