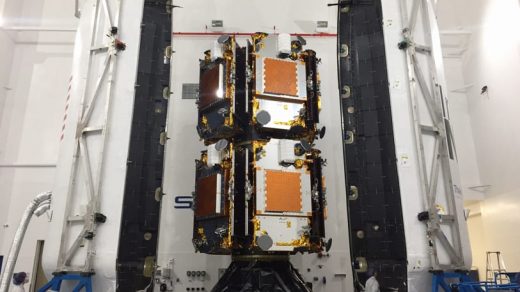 We Can’t Always Track Airplanes. A Satellite Giant Aims To Change That

The search for Malaysia Airlines Flight 370 has become the most expensive aviation hunt in history, yet the fate of the plane and the 239 people onboard has never been determined since it disappeared in 2014.

In an effort to prevent that from happening again, the carrier announced last week that it will be the first airline customer of a new service that will provide up-to-the-minute tracking of aircraft around the world, even when they’re far from land or otherwise out of range of traditional radar. The tracking system, provided by a company called Aireon, will allow airlines like Malaysia and air traffic controllers to receive a steady stream of aircraft position data wherever they are on earth—not from receivers on the ground, but from satellites.

“When aircraft fly over the oceans, over remote airspace, you would think we would have surveillance,” says Don Thoma, CEO of the McLean, Virginia-based company. But that’s simply not true for 70% of the planet, due to coverage limitations of current tracking technology, he says. Over oceans or polar regions, pilots must periodically radio their locations to air traffic controllers. “We will now provide the ability of air traffic control operations to see their aircraft wherever they operate,” says Thoma.

Currently, the lack of real-time location information also effectively limits how closely planes can fly and confines them to certain predictable routes. With more accurate data available across the globe, planes may ultimately be able to take more efficient flight paths, safely flying closer together, saving time and fuel, and cutting costs for airlines and passengers.

The system, still in development, is a joint venture with air traffic control providers in Canada, Ireland, Denmark, and Italy, who have invested a total of $ 243 million in the company, and satellite communications giant Iridium Communications, whose SpaceX-launched satellites will provide connectivity for the plane-tracking service.

Besides these navigation providers, Aireon hopes to provide service to other public and private navigation firms, as well as to airlines and other customers. This week, it announced it had completed a successful flight test with the FAA, setting the stage for use of the system in the U.S.

Aireon’s system is essentially a space-based extension of the next-generation air traffic control system known as automatic dependent surveillance-broadcast, or ADS-B. That technology, which will be installed in most of the world’s passenger aircraft within the decade and will be required on most planes in U.S. airspace as of 2020, automatically transmits a plane’s geographical coordinates every second, from transponders on board to receivers on the ground.

Fed in part by a global network of volunteer aviation geeks armed with receivers, the ADS-B network sends real-time aircraft location data to control towers and airlines across Europe and the Asia-Pacific region, and powers popular flight-tracking apps like FlightAware and FlightRadar24.

While ADS-B is more accurate than radar and delivers data closer to real time, it still requires that planes be in range of a receiver for accurate tracking. The Aireon system effectively removes that requirement by sending the ADS-B signal to receivers on Iridium’s satellites, which pass it on to air traffic controllers nearly instantaneously. Initially, the Aireon system will complement existing ground-based surveillance systems and provide a backup service in emergencies.

The immediate value of the system will be to ensure that disappearances like that of MH370 don’t happen again. In that instance, it’s still unclear whether the ADS-B transponder onboard the aircraft was intentionally disabled or malfunctioned. Traditionally, pilots have been able to disable most onboard systems including ADS-B for safety’s sake, though international regulations effective in 2021 will require that planes in distress automatically transmit their locations without the ability for a manual override.

The FAA in particular is seen as a critical customer for both Aireon and, by extension, Iridium. In its most recent annual report, Iridium acknowledged that Aireon’s financial prospects are pegged to “the development of the market for a space-based ADS-B service among air navigation service providers, or ANSPs, particularly the FAA.” Last June, Iridium reported that Aireon would be late paying it $ 200 million in satellite fees, in part because some expected Aireon customers, including the FAA, had not yet committed to the service.

On Wednesday, that commitment seemed closer, as Aireon and the FAA announced a successful test of the system, part of the regulator’s efforts to assess the satellite system’s accuracy against land-based surveillance.

The U.S. aviation agency is in the midst of a multibillion-dollar upgrade to a system called “NextGen,” which is expected to harness ADS-B technology, as well as enhanced voice, data, and weather-monitoring tools. The FAA said last year that the program is on target for a scheduled launch by 2025, though it’s unclear how that might change under the Trump administration.

The Aireon system is part of a push by Iridium into the burgeoning Internet of Things market, connecting equipment like trucks, offshore drilling platforms, and scientific instruments that need to send and receive data far from any cell-phone towers.

Amid a wave of new satellite upstarts, the Iridium CEO acknowledges the company is often most closely associated with satellite phone service, an offering the company debuted in the 1990s with a White House call from then Vice President Al Gore to a descendent of Alexander Graham Bell.

Soon after, though, the company filed for bankruptcy, in what at the time was one of the 20 largest bankruptcies in the country, amid $ 1.5 billion in debt from its initial satellite launches and a dearth of subscribers to its costly service. The company’s initial phones and service were expensive, and it was ultimately bought at a steep discount by a group of investors who targeted the service at customers who tend to be out of range of the then rapidly growing conventional cell-phone industry.

It’s since facilitated calls from sailors, remote oil-and-gas workers, scientists in the South Pole, and rescue workers operating in areas where natural disasters have knocked cell networks offline. Among more than 800,000 global subscribers, the U.S. government is the company’s largest customer, accounting for a quarter of revenue, with the Defense Department even operating a network gateway in Hawaii specifically to connect to Iridium’s systems, according to the company’s most recent annual report.

“We’re the only communication provider in the world that covers 100% of the planet,” says Desch.

The company is now in the midst of a $ 3 billion upgrade of its aging 66-satellite network, the first full-scale revamp since the company’s bankruptcy. The first 10 satellites in the new system, dubbed Iridium NEXT, arrived in space in January, delivered by a SpaceX Falcon 9 rocket. SpaceX is set to deliver the rest of the replacement satellites, plus a handful of backup units, over the course of this year and next.

Iridium is SpaceX’s largest private-sector customer, and Desch says he has confidence in the Elon Musk-headed company despite September’s launchpad explosion. Though the rocket wasn’t carrying any of Iridium’s satellites at the time, the explosion delayed the company’s plans by a few weeks, testing Desch’s patience.

As the satellites arrive in low-earth orbit, they’ll be maneuvered into place by engineers in Iridium’s offices in Leesburg, Virginia. If all goes well, the new satellites will be brought into service with no disruption to customer calls or data transmissions, and the previous-generation satellites—most of which are operating beyond their design lives—will be taken out of orbit to incinerate over the course of a year as they slowly descend through the Earth’s atmosphere.

“That’s kind of sad, because these things have been up there for 20 years,” Desch quips.

“We obviously have to make sure we don’t hit anybody else, including ourselves, because we don’t want to create more debris in space,” Desch says. (In 2009, one of Iridium’s satellites slammed into an out-of-service Russian satellite, dubbed Kosmos 2251, when the two satellites’ orbits intersected each other 490 miles above Siberia, as they traveled at a speed of 26,000 miles per hour.)

While the company continues to develop new voice features, like a global corporate network push-to-talk feature, data services are now the fastest growing segment of the business, Desch says. The company has no plans to deliver consumer home internet—“We don’t have enough spectrum for that,” Desch says—but plans to harness the new satellites’ increased bandwidth for data transmissions like the Aireon flight-tracking system.

Big tech companies like Google and Facebook have also spoken of providing high-speed data to hard-to-reach places via satellite, but those plans have yet to come to fruition, and other satellite phone providers like Globalstar and Inmarsat—which is developing its own aircraft-focused communications system—don’t claim quite the whole-earth coverage that Iridium advertises.

What Aireon’s system needs now, besides the new satellites, are more customers. Besides never losing a plane again, Thoma touts another benefit: Better tracking could mean dramatically more efficient routes, with the potential to save airlines more than $ 100 million on flights in the North Atlantic alone. According to an estimate by a researcher at Purdue University, real-time space-based tracking could reduce the amount of fuel that passenger aircraft crossing the North Atlantic burn by 284 million pounds a year. “We’ve been getting very good reception by the aviation industry on this,” he says. 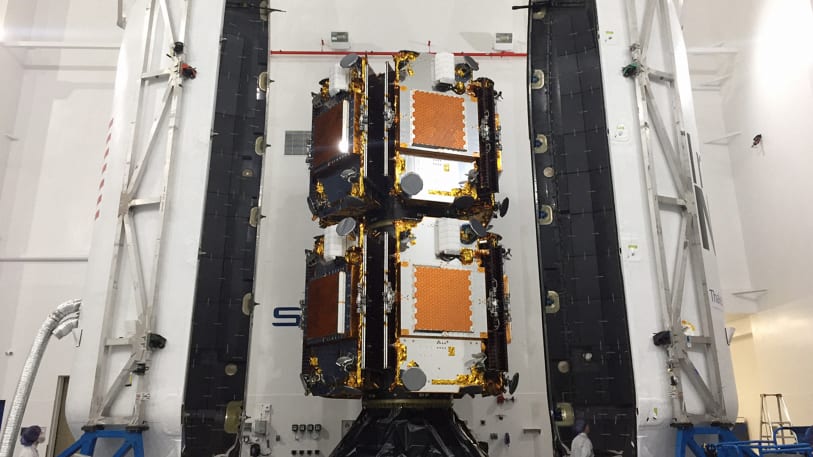