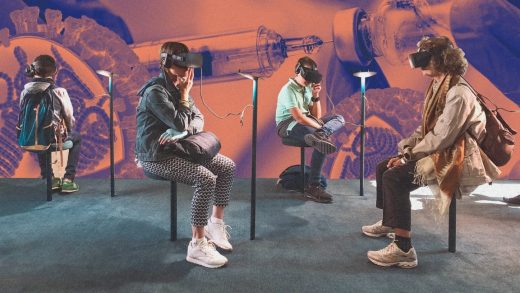 What happens if you skip your flu vaccine? This VR game shows you the deadly consequences

Every year we’re told to get our flu shots, and yet every year, more than half of all adults in the United States decide not to. Health officials have tried many tactics to convince people that they should get a vaccine not just for their own health but to protect the health of others. The latest idea: Using virtual reality to show the dangers of passing the flu on to more vulnerable people, which could better help people see the health consequences of their inaction.

For adults between the ages of 18 and 49, flu vaccination rates are abysmal. Though a vaccine is recommended for everyone in that age group, just under 27% of that population received a flu shot for the 2017-18 season, according to the Centers for Disease Control and Prevention. The issue comes from the fact that many of these adults think the flu is a manageable illness, says Glen Nowak, director of the University of Georgia’s Grady College Center for Health and Risk Communication and the principal investigator on this VR research. But for children, the elderly, or those with chronic illnesses, it isn’t always. In January 2019, more than 83,000 people were hospitalized for influenza.

Nowak has seen his colleagues use VR to promote other healthy habits like good nutrition and exercise, and it struck him, he says, “that one of the benefits of virtual reality is it can actually show people, much better than their imagination could, how things could or may play out.” So, researchers at the University of Georgia conducted a study that looked at a group of 18- to 49-year-olds who were “vaccine avoidant.”

Neither the tablet nor the video were able to create this sense of presence, this sense of you feel like you’re involved in the story. The only modality that did that was virtual reality.”

When shown a five-minute virtual reality experience in which they saw how they could pass the flu virus to others and also what it was like to be infected, they were more likely to be concerned about giving someone else the flu and came away with a higher vaccine intention, as compared to those who saw an identical five-minute video without the interactive elements or a digital pamphlet that used text and stills from the video.

“One possibility was that all three of those approaches would perform equally well. If that had been the case, that could have been really good news,” Nowak says, noting that it would have been pretty easy to put tablets in waiting rooms so people could pursue that pamphlet. But alas, that wasn’t what happened. “It turned out that neither the tablet nor the video were able to create this sense of presence, this sense of you feel like you’re involved in the story,” he says. “The only modality that did that was virtual reality.”

The virtual world opens with the user as a customer with the flu, sitting in a restaurant waiting area. 3D graphics show how they are passing on that virus to others nearby. Then, it puts them in a hospital setting, where they move through the hospital to visit an elderly person and a child who are seriously affected by the flu. The experience then takes them inside the sick person’s body where, with video game controllers, they battle the flu by firing antibodies at the viruses. “But the problem was the person had way more flu viruses than antibodies, so it was a futile quest,” Nowak says. After that there was a second run-through, this time one in which their avatar was vaccinated, and they see how there are far fewer flu viruses in their body that could spread to others.

“It gave them a sense of what happens if you’re affected, how you can transmit the flu to other people, what happens if some of those other people get the flu,” says Nowak. “And then we showed them, through virtual reality, how being vaccinated helps protect not only you but how it helps protect other people.” It’s about getting people involved in the story, he adds, and though some people may not ever realize their personal agency in public health, more people were moved by the VR experience than they were by the video or pamphlet, or by the CDC’s Influenza Vaccination Information Statement.

Due to privacy considerations, the study couldn’t actually follow up and see how many of these (hopefully formerly) vaccine-avoidant people ended up getting their flu shot thanks to the VR experience. But Nowak is still hopeful that it could help, based on the reactions he saw. And he thinks it could help educate people on other vaccines, also.

When it comes to child vaccinations, parents are an audience who want to learn more, he says, but have a hard time imagining the effects of their decision to vaccinate, or not vaccinate, their kids. He imagines a future where expectant mothers get sent home with a VR headset that shows them, in immersive and interactive ways, how viruses cause harm and how vaccines work.

This study was on the smaller side—171 participants total—and next up for Nowak and his team is to repeat it on a larger scale. As VR becomes cheaper and more accessible, he sees this being an important intervention in waiting rooms or especially on college campuses, where a lot of 18- to 24-year-olds who don’t get flu shots are found. For those who already consume most of their information digitally, this immersive, virtual experience may be what cuts through the noise. 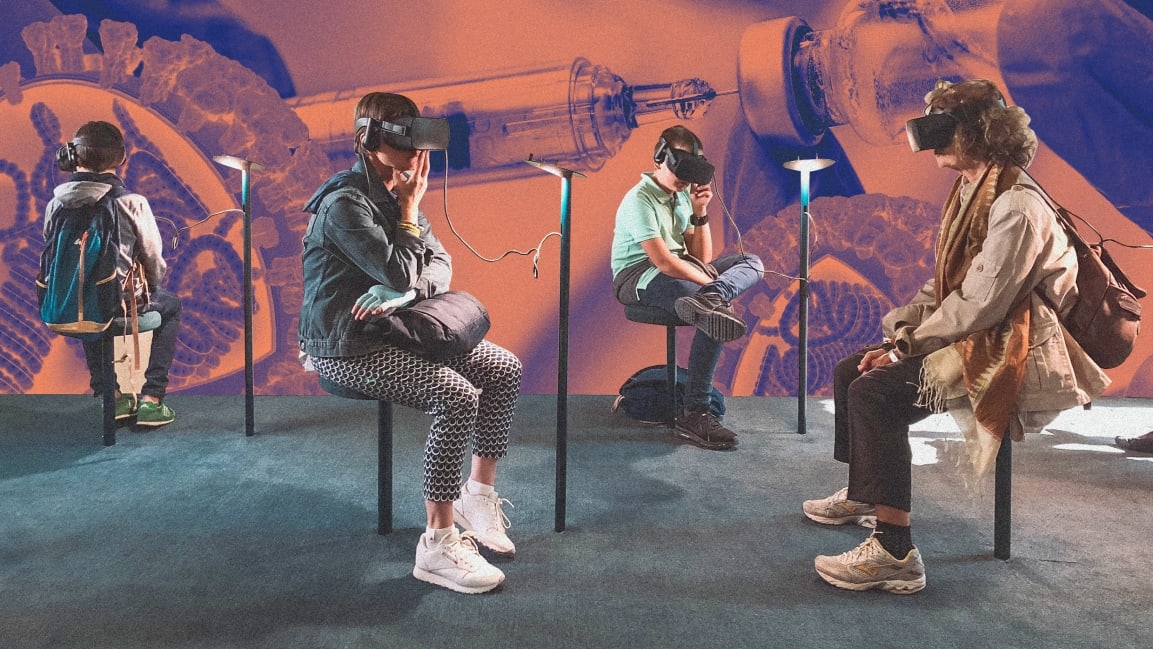