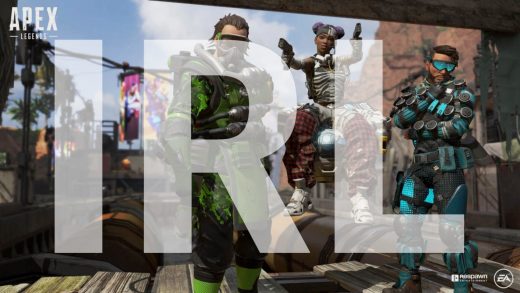 What we played in March 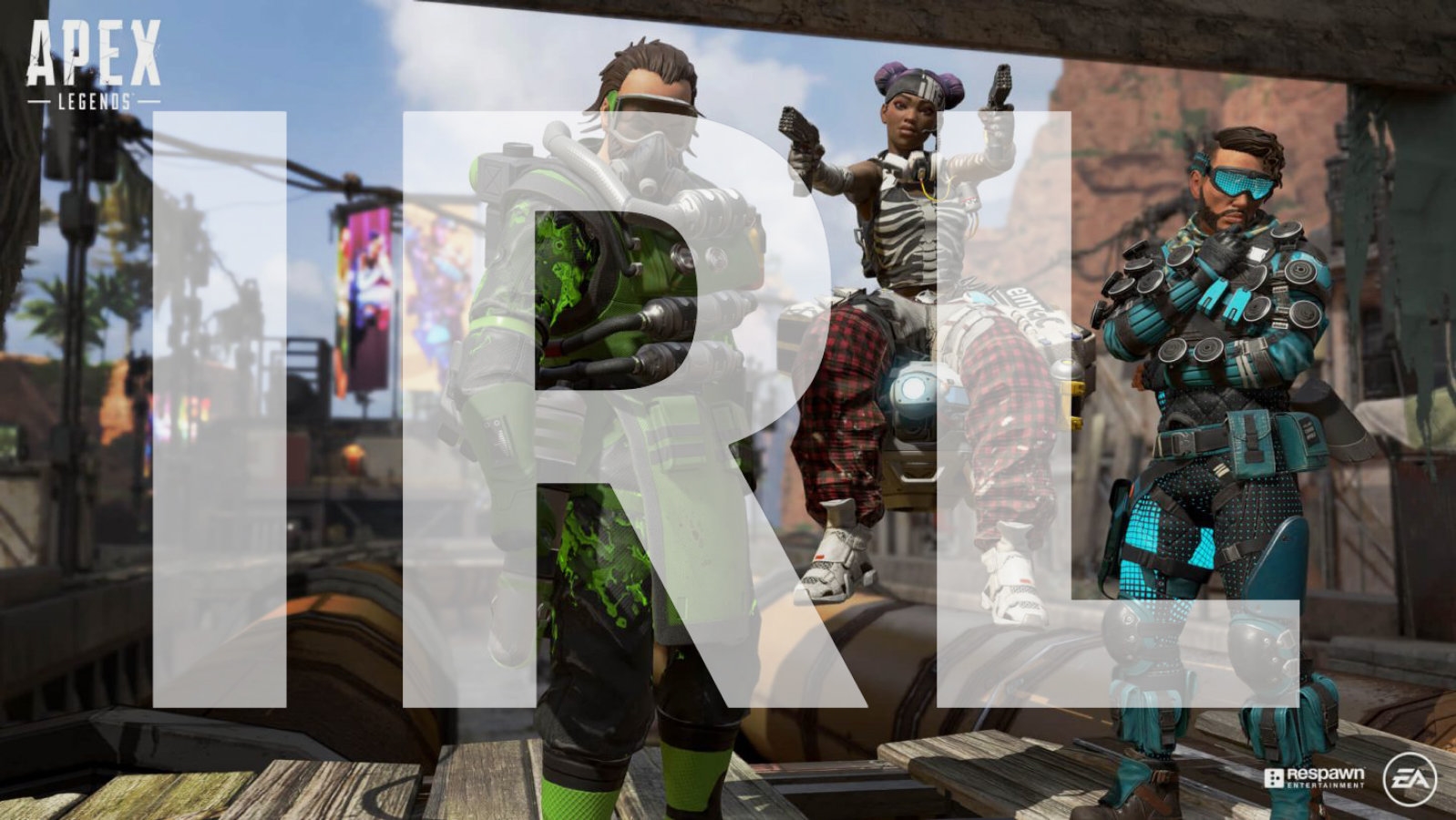 Welcome back to Engadget’s Gaming IRL, a monthly segment where we run down what our editors are playing. And basically, we’ve been dying a lot in Apex Legends. We’re also catching up with Spider-Man on the PlayStation 4, and Just Cause 3 from 2015. There’s no shame in bringing up older games — I bet we’ve all got a mighty large backlog to work through.

We’d also love to know what you’ve been playing, shout out in the comments below!

Most importantly, though, the feeling of actually controlling Spider-Man is fantastic. Fighting bad guys and swinging through NYC is both easy to learn and hard to master, but the rewards for doing so are vast. After a few hours, I felt like I had complete control over Spidey, swinging between skyscrapers with equal parts abandon and precision. Of course, as the game goes on you get more powerful and capable, with a host of gadgets, fight moves and improved skills for traversing the city. The enemy difficulty scales up alongside your progression, so while I felt much more confident handling large swarms of baddies, they could still turn the tables on me pretty fast if I wasn’t careful.

NYC itself is beautifully rendered and loaded with tons of real-life landmarks (as well as plenty of visual Easter eggs for Marvel fans). I wish that you could interact more with some of those locations, but it’s all fairly surface level — you can’t really explore the interior of any buildings outside of those that a mission specifically points you to. But as a backdrop and constant companion in your adventures, the NYC cityscape (along with shifting weather and lighting conditions) is a beauty to behold.

Probably the highest compliment that I can give Spider-Man is that I completed every mission the game threw at me, and now I’m extremely ready to start the DLC. I don’t “100 percent” games very often, but the world that developer Insomniac Games built is so much fun to swing through that even once I completed the main story, I was happy to keep exploring, helping citizens and enjoying the wonderfully-rendered vision of NYC. Now that I’ve finished the game, it’s time to take everything I learned and give New Game Plus and the Ultimate difficulty mode a shot. 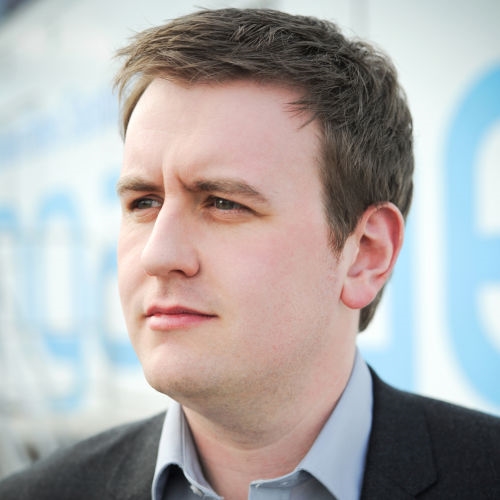 First, the caveats: I’m not a gamer, and so anyone who wants to get sniffy about my discovery of a title from 2015 can shut up. The bulk of my time is taken up with a house, a job and two lovely children, and the amount of time I spend gaming is close to zero. The PS4 I picked up for my TV more than a year ago has been used a handful of times, mostly to suffer through FIFA 19.

A dearth of free time means that I like my games to be fun, rather than tests of endurance or my ability to remember a sequence of button presses. Back when I was still rocking an Xbox 360, the last single-player game I was really immersed in was Far Cry 3. I loved playing that game, an open-world FPS in which you liberate towns, until it turned on me.

Sadly, the game has an infamous mission — Doppelganger — that forces you to endure all of the most obdurate cliches of stealth games. Like crawling, on hands-and-knees, behind a guard as they wander about on their patrol and timing your moves to perfection. It’s the sort of challenge that I despise, especially since it’s so inflexible, so I ragequit the game and never played again.

Thankfully, providence (and the bargain bin at my local retailer) delivered what can only be described as Far Cry without its ADD meds: Just Cause 3. The premise is alarmingly similar, as your character travels around a tropical location, liberating settlements from an evil militia. Except that, in Just Cause, the player is essentially a superhero, zooming around in defiance of the laws of physics.

Equipped with a grapple, wingsuit and parachute, you can bounce across the terrain without ever driving a car. In fact, creativity is rewarded as you get bonus points for the more chaotic and artful destruction you can create. And, judging from what I’ve seen on YouTube, it’s entirely possible to beat a level non-violently, provoking the enemy into destroying its own bases.

The game offers moments that are simply too fun to play that you can’t help but giggle as you escape near-certain doom. Like when I was standing on a guard tower that an RPG blew up, with me and the guard sliding down the floor as it fell 90 degrees. Rather than plummet to my doom, however, I pushed off and used the momentum to rappel onto a nearby helicopter. James Bond, eat your heart out.

Just Cause 3 has its problems, like the fact that on my vanilla PS4 the game often slows to a crawl. If you blow up something spectacularly enough, the resulting chaos is too much for the console’s silicon. That, however, means you’re likely to get gunned down in a hail of bullets before you’re able to rappel away to safety. And, when you do die, the interminable loading times punish you for having the temerity to die in the first place.

There’s also the fact that the gameplay can get pretty repetitive once you’ve learned your metier in the early stages. Liberating towns and villages basically entails leaping between rooftops and yanking down the “chaos items” with your grapple. Military bases, meanwhile, are a little more run-and-gun, but if you have an RPG, defeating one is relatively easy.

But when you’re about to launch head-first into an action set piece and Henry Jackman’s score kicks in, you can’t help but grin. 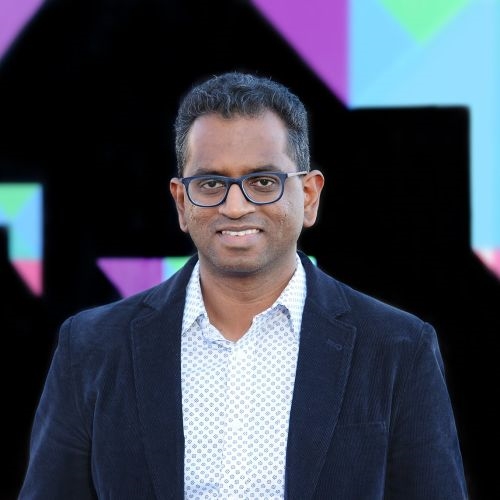 Titanfall 2 was a masterpiece. So the fact that it got buried in between Battlefield 1 and Call of Duty: Infinite Warfare felt absolutely criminal. Instead of giving us a dose of the same FPS multiplayer action we’ve seen for years, Titanfall 2 featured an inventive single player campaign, refined giant robot combat, and some of the best shooter movement we’ve ever seen.

Enter Apex Legends, a surprise entry in the Titanfall universe, but one without the series’ signature titans and wall running. At first glance, it seemed to be just another battle royale entry, where a ton of players duke it out for dominance on a large map, a la Playerunknown’s Battlegrounds and Fortnite. But it turns out, what we got some something much more. Developer Respawn Entertainment managed to boil down many of the great mechanics from Titanfall, while also progressing how battle royale games work. You can hit a button to “ping” items, enemies and spots you’d like to investigate, letting you communicate with your team without voice chat. Accessories automatically attach themselves to their appropriate guns when you find them. And each of the characters has a distinct personality and skills, similar to Overwatch.

We’ve seen this type of game evolve quickly over the past few years with titles like DayZ: Battle Royale (developed by Playerunknown, AKA Brendan Greene) and Rust. But the genre didn’t become a true hit until Playerunknown’s Battlegrounds landed in 2017. Then Fortnite followed suit, and countless memes were born. Apex Legends finds a happy middle ground between the hardcore precision of PUBG and Fortnite’s easy accessibility (but don’t mistake that for simplicity).

While PUBG is often a bare-knuckle exercise in suspense, where twenty fruitful minutes of item collecting can end in an instant, Apex encourages you to get in the action. When you die — which you will, a lot — it only takes a few seconds to hop into another match. And while the rounds don’t last as long as PUBG, the quick turnaround means you can easily get to peek at different corners of the map and try out new weapons.

I wouldn’t say I’m good at Apex Legends, but I can’t stop playing. Everything about it just feels a bit more polished than any other battle royale game. (Just look at how quickly Fortnite copied the ping system.) And I’m hoping its success means we’ll eventually see a Titanfall 3. 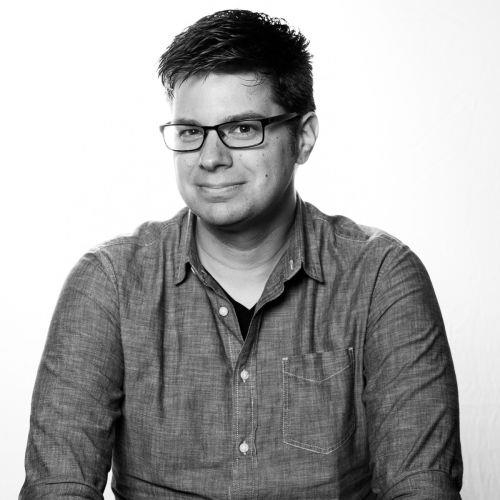 I haven’t paid much attention to the increasingly-complicated Marvel “cinematic universe,” but I’ve always had a soft spot for Spider-Man. It was one of my favorite comics as a kid, and I thought the movies from the early 2000s did a great job of capturing what makes Spider-Man work. It’s been a while since I’ve enjoyed a new Spider-Man story, but my recent play through of last year’s PS4 game has reminded me why the series is such a delight in comparison to the convoluted franchises Marvel pushes these days.

For starters, the game throws you right into its story with minimal exposition. It assumes we all know Peter Parker’s origins and the relevant characters — and even if you don’t, the game artfully fills you in on where Parker’s at in his life (spoiler: it’s not going great). And as far as video game (or comic book) stories go, this one hits all the right notes. There’s non-stop momentum to the story, and it jumps between huge action set-pieces to more mundane Spider-Man heroics, like stopping mugging and what not. Side quests and collectible-style missions rarely felt like they were big distractions from where I was going, and the game has some natural break points where it makes sense to explore New York City and knock out some extra-curricular activity to upgrade your gear.