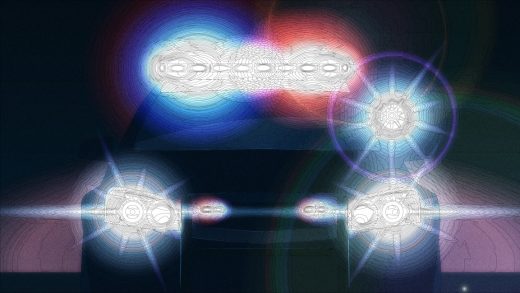 Where Trump and Biden stand on the future of policing

According to a June 2020 poll, more than two-thirds of Americans say that the criminal justice system needs either “major changes” or “a complete overhaul.” How would four more years of President Donald Trump or a first term of Joe Biden affect that system? Here’s an overview of where they stand on criminal justice reform.

Though a movement to defund the police—and reinvest that money in education, jobs, housing, and so on—has gained popularity this year, Biden has rejected those calls, saying that he will not take away funding from police departments. Instead, he has proposed investing more in Community Oriented Policing Services (COPS), a Department of Justice office that awards grants to hire more officers, and for community policing training. According to Biden’s website, he plans to invest $300 million in the COPS program, with the condition that the hiring of police officers reflect the racial diversity of the communities those officers will serve.

By providing training on community policing, the COPS office aims to build better relationships between police and the communities they serve and find ways for them to work together, rather than against each other. While the DOJ says research shows community policing reduces crime, criminal justice advocates take issue with the idea that trust and collaboration between the police and the public is enough to fix systemic issues.

The Trump campaign, on the other hand, does not lay out any policy plans for the next four years. Trump has publicly criticized the idea of defunding the police, but throughout his presidency, he has actually proposed federal funding cuts for police departments—including a 58% cut to the COPS program proposed in February 2020—and withheld federal policing money through policies that targeted “sanctuary” municipalities.

This doesn’t mean Trump actually supports the move to defund police, though. “It’s true that the Trump administration hasn’t supported [the COPS office] or its efforts to support local policing, but that’s not because the Trump administration thinks that police departments should have less powers or should operate less violently,” says David Alan Sklansky, a professor at Stanford Law School and faculty director of the Stanford Criminal Justice Center. “It’s just because he doesn’t want to spend as much money.”

When it comes to police reforms and addressing issues of police misconduct, Trump did sign an executive order in June, following the police killing of George Floyd, that would provide federal grants to improve police training, including higher standards on the use of force, and create a database to track officers with misconduct complaints, though it does not seem to have created any major changes since. Democrats criticized the order for not going far enough; it allows exceptions to a chokehold ban and does not include any restrictions for no-knock warrants. Before the president’s order, House Democrats had introduced a police reform package that includes limiting the use of qualified immunity and banning chokeholds outright. That package passed in the House at the end of June.

Biden says he’ll address police and prosecutor misconduct by expanding the power of the Justice Department using “pattern-or-practice investigations,” which allow the government to investigate and sue police departments that engage in “pattern or practice” of excessive force, Fourth Amendment violations, discriminatory policing, and so on. In such an instance, the Justice Department wouldn’t be suing for monetary damages, but for “injunctive relief,” a court order to stop such behavior. “The use of that authority was dramatically rolled back during the Trump administration,” Sklansky says. The Obama administration conducted 25 such civil rights investigations into police forces across the country. Under Trump, the Justice Department has opened just one, and it’s still ongoing three years later “without results to show.”

Trump has repeatedly pointed to Biden’s work on the 1994 crime bill, accusing the former vice president of “setting Black Americans back ‘big time.’” Biden did help write the bill, which critics have said contributed to mass incarceration. Biden has played down its impact—though his running mate, Sen. Kamala Harris, says it did contribute to mass incarceration. In June, Biden said that voters’ questions about his role with that bill were “legitimate,” but that he hopes people judge him on his current actions.

In this campaign, Biden has talked about the need to reduce the number of people who are incarcerated, and says that as president he would create a $20 billion grant program to push states to move away from incarceration and toward prevention efforts, like investments in education through pre-K, Title I funding for schools that serve students from low-income families, and expanded funding for mental health and substance abuse services. In order to access that funding, per the Biden website, “states will have to eliminate mandatory minimums for non-violent crimes, institute earned credit programs, and take other steps to reduce incarceration rates without impacting public safety.”

Biden has also outlined plans to decriminalize cannabis and expunge prior cannabis convictions, as well as end all incarceration for drug use alone and divert those people instead to treatment. He also announced a goal to ensure 100% of formerly incarcerated people have housing when they are released from prison—a lack of which can affect how likely they are to reenter the criminal justice system.

Biden’s work on that 1994 bill, Sklansky says, was a product of the “tough on crime” ideals of that time period, noting that there was a bipartisan push starting in the 1980s to toughen criminal penalties. “But I think [Biden] recognizes that times have changed, and public sentiment has changed,” he adds. “I think there’s a bipartisan recognition that the country veered way too far in the direction of tough on crime, and that criminal justice policies became vastly too punitive and too bloated. The [former] vice president recognizes that too, he’s part of this broad bipartisan reconsideration of criminal justice, and the president is not.”

Trump did sign into law the First Step Act, which has shortened some mandatory minimum sentences and given judges the discretion to skirt those mandatory minimums. By its one-year mark, the act helped more than 2,000 people with sentence reductions that average nearly six years, according to the Sentencing Project. Still, it’s been criticized for not going far enough. “The First Step Act was a good first step, but it was only a first step,” Sklansky says. “The president hasn’t shown any indication to follow up on that. I don’t think we can expect a significant rollback of mass incarceration under Trump.” In his speeches and rhetoric, Trump has pushed for “law and order” and a need to be tougher on crime. In June, he threatened maximum prison sentences for anyone who attempted to vandalize or topple monuments.

Criminal justice advocates have long harshly criticized the conditions and practices within U.S. prisons—from solitary confinement to the lack of educational opportunities—for being both inhumane and ineffective. Biden has pledged to overhaul some prison practices, including ending the use of solitary confinement (with “very limited exceptions,” per his campaign site, such as when protecting an incarcerated person’s life) and requiring states to fix environmental health problems, like a lack of clean water, in their prison facilities.

Under Biden, federal criminal justice grants would also be conditional on the care given to women, especially pregnant women, who are incarcerated. Biden’s website doesn’t specify what such care would require, only that it be an “adequate provision of primary care and gynecological care.” He has also said he wants to work with Congress to eliminate the federal death penalty, and that all incarcerated people should have the chance to earn a GED diploma (though a policy plan to reach that goal is unclear).

The First Step Act under Trump did include efforts to improve conditions for incarcerated pregnant women, including banning the use of restraints during labor and recovery. When it comes to solitary confinement, Trump hasn’t publicly opposed the practice, and under his administration, the Office of Juvenile Justice and Delinquency Prevention’s website has removed guidance that urged states to stop putting children in solitary confinement.

Biden has more criminal justice reforms outlined on his campaign website, including measures to stop corporations from profiting from incarceration, and a plan to end cash bail. (Trump has criticized efforts to end cash bail, even falsely saying that New York Governor Andrew Cuomo ended cash bail, making the crime rate “go through the roof.”)

Ultimately, Sklansky sees a stark difference in the future of criminal justice depending on who wins the presidency. “When the president says, ‘I am your law and order president,’ what he means is ‘I stand for fewer restrains on the police, more police use of force, more forceful policing,’ and I think we can expect more of that. I think that we can expect only token efforts to reduce mass incarceration,” he says. “If Biden wins, you can expect an emphasis on community policing, and a greater effort to hold police departments responsible and accountable for excessive violence and other violations of constitutional rights. The [former] vice president’s made clear he would work much more energetically than President Trump to reduce levels of mass incarceration, and made it clear he would restore traditions of independence and professionalism in the Department of Justice.” 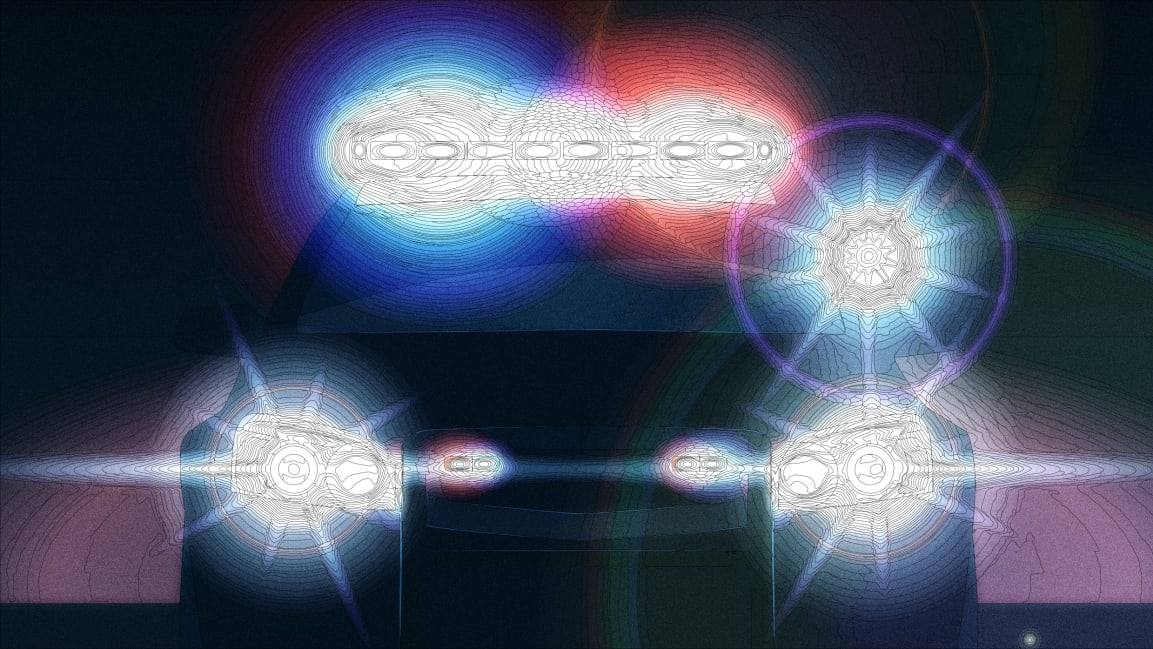