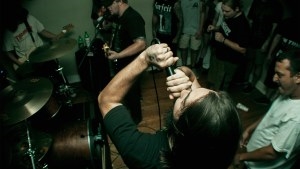 Why SoundCloud’s Silence Would Be Deafening

The last thing almost anyone wants is to see SoundCloud sink. From the artists and podcasters who use it, to the listeners who hit “play”–and even many employees who were recently stunned by mass layoffs at the struggling music service–are all cringing at the suddenly feasible-seeming possibility that SoundCloud may end up in the graveyard of failed startups.

Such an outcome wouldn’t just be harrowing news for the 60% of SoundCloud staffers who remain after last week’s cutbacks and the investors that have poured $320 million into the Berlin-based company since it began a decade ago. It would be bad for music on the internet.

Before we pour one out for those little orange waveforms, it’s important to remember that SoundCloud is not necessarily doomed. Late last week, CEO Alex Ljung vowed in a blog post that the service is “here to stay” (echoing a vague promise tweeted by Chance the Rapper for as-yet-unknown reasons) despite the recent cutbacks. The company still hopes to secure a fresh round of investment, and rumors continue to swirl that someone else (most recently, Deezer) may finally acquire it.

Indeed, many people close to the company speculate that this month’s very abrupt downsizing—10-year-anniversary staff parties planned for just days after the layoffs were reportedly canceled at the last possible minute—was carried out to meet the demands of a potential investor or a buyer. But if neither savior comes galloping through, there is a very real threat that SoundCloud could run out of cash and go the way of Vine. Here’s hoping that doesn’t happen.

Its staggering business challenges aside, SoundCloud deserves a fair bit of credit both as a product and as a cultural force. When cofounders Alex Ljung and Eric Wahlforss started it in 2007, nothing like SoundCloud existed: a do-it-yourself, user-generated audio site that aimed to do for DJs and musicians what YouTube had just begun doing for video creators. What SoundCloud subsequently became is just as unique: A massive repository of 135 million songs, podcasts, and other audio clips, a huge chunk of which don’t exist on any other streaming service.

Even if, in the event Soundcloud goes away, this motherlode of music (and data) could be preserved, there’d be other lasting losses.

SoundCloud has morphed into a unique conduit of culture, helping nudge along the careers of artists like Kehlani and Future, while giving stars like Drake and Chance the Rapper a new way to interact with fans and push new material out into the world. One of the summer’s biggest hits, Lil Uzi Vert’s “XO Tour Life 1.5,” originated on SoundCloud. Soulection, Joe Kay’s popular Beats 1 show, began there too, and per his arrangement with Apple, continues to be posted on the service.

Over the years, artists and record labels have set up shop on SoundCloud, often using it to preview new music for fans before it lands anywhere else. Somehow, SoundCloud had become an indispensable tool for amateur bedroom songwriters and chart-topping megastars alike. And 175 million listeners ate it all up.

If SoundCloud were to go under, it would be felt first and most palpably by the people who hit the play button. Suddenly, 135 million tracks would disappear, not just from SoundCloud’s own apps and website, but from countless embeds woven throughout the web. More than any other music service (except perhaps YouTube), SoundCloud has long prioritized shareability, making its tracks easy to embed anywhere, rather than walling them off inside its own app. By contrast, Spotify and Apple Music offer limited, embeddable song widgets for websites, but they both push you back to each service’s respective app. SoundCloud turns any browser tab into a full-fledged listening session. If anything happens to SoundCloud, its millions of embedded tracks would go silent across music blogs, major publications and various other websites.

One of the most unique (and valuable) things about SoundCloud is just how much of its content doesn’t exist anywhere else. Spotify, Tidal or Apple Music could disappear tomorrow, and we’d still be able to rebuild our music collections and playlists on a competing service; the on-demand subscription streamers all license more or less the same catalog of albums from the labels. That’s not the case with SoundCloud. The service is brimming with remixes, DJ sets, demos, and otherwise unreleased songs that can’t be found elsewhere. There’s a lot of total garbage on there (welcome to the internet), but there’s also a lot of great stuff, much of which was uploaded by the artists who made it. Last year, when revered electronic music producer Aphex Twin pried open his personal archive to share unreleased tracks with the world, he uploaded them to SoundCloud.

As I write this, I’m listening to a playlist of tracks I’ve found on SoundCloud over the years. Like this excellent remix of Michael Jackson’s “Human Nature” and this Middle Eastern-inspired cover of the rare Nirvana song “Marigold.” There are a few mixtape-style DJ sets I favorited. Tracks recorded by my friends’ bands. This Beach Boys remix by J Dilla. This Tame Impala cover of a Fleetwood Mac song. An eight-bit, Nintendo-style rendition of “Paranoid Android” by Radiohead. All kinds of stuff. Most of these tracks can’t be found on Spotify or Apple Music (or if they can, they weren’t yet there when I first found them and tapped the little heart icon on SoundCloud). This is why, as a Spotify subscriber, last year’s rumored merger between the two streaming companies actually kind of excited me; the combination would create the ultimate catalog of music in one place.

thank you so much @SoundCloud for giving me an outlet to become creative, who knows where I’d be without you. pic.twitter.com/dAAidjfKRd

SoundCloud’s theoretical demise would also be a loss for artists. For all the uncertainty and anxiety generated by music’s transition to an online-first medium, SoundCloud has always enjoyed the rare admiration of artists. It’s slightly counterintuitive, considering SoundCloud was never a substantial source of revenue for musicians. Instead, it gave them something few other platforms could: control and a sense of community. Other than YouTube and perhaps Bandcamp, there’s no easier way to quickly get music out into the world than by uploading it to SoundCloud. And the platform’s deeply social nature—based around following artists, labels, and curators, liking and resharing tracks, and adding comments at specific times within a song’s waveform—makes SoundCloud feel more personal and interactive than other streaming services. Even Apple has repeatedly struggled to build a social network around music. SoundCloud is a social network, both for artists and fans.

SoundCloud is especially valuable for smaller, less established artists. Together with Bandcamp and YouTube, it’s one of the few ways to distribute music to a wide audience without having to pay for it. If you’re an unsigned band without much of an audience, getting your work onto Spotify and other subscription services requires you to pay for a service like CD Baby or Tunecore (usually between $30 and $50 per album). If an artist does not rack up enough streams to generate meaningful royalties, they could actually lose money in the quest for exposure. That’s not the case with SoundCloud.

For many artists, SoundCloud is a more than just a distribution platform; it’s part of the creative process. For all the jabs SoundCloud gets for being loaded with lower-quality content like amateur demos, this is actually an important part of what the service provides for budding artists: a way to get feedback on new creative work from listeners, even before it’s totally polished. One can also share tracks privately for collaborative purposes. When I used to play in a band, we recorded our practices and jam sessions and uploaded them privately to SoundCloud, where we could discuss them and critique our own playing by leaving comments at specific intervals. Similarly, songwriters can use the platform to share demos with collaborators in a format that’s more useful than a Dropbox link or an email attachment.

What Does This Mean For Music Tech And Innovation?

Zoom out, and there are implications for the future of technology, too. There’s something disheartening about an original, innovative idea with a unique offering being flushed down the toilet while a handful of Spotify copycat services continue to thrive, thanks to their giant parent companies’ cash reserves. What sort of chilling effect might SoundCloud’s loss have on young entrepreneurs experimenting with new ideas for the ways we make and consume music?

Artists, just like listeners, would of course, begrudgingly or not, find a new home for music in the (again, hypothetical) event that SoundCloud disappears. But that kind of disruption wouldn’t be easy, and its impact would be felt beyond the company’s remaining 250 employees. If SoundCloud goes quiet, artists, fans, and technologists will, at least temporarily, find the silence deafening.

Music fans and artists and many more have a lot to lose if SoundCloud goes the way of Vine.

The last thing almost anyone wants to see is for SoundCloud to sink. From the artists and podcasters who use it, to the listeners who hit “play”–and even many employees who were recently stunned by mass layoffs at the struggling music service–are all cringing at the suddenly feasible-seeming possibility that SoundCloud may end up in the graveyard of failed startups. 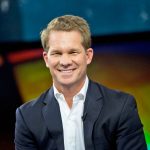 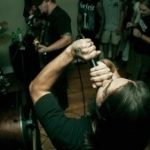 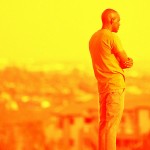