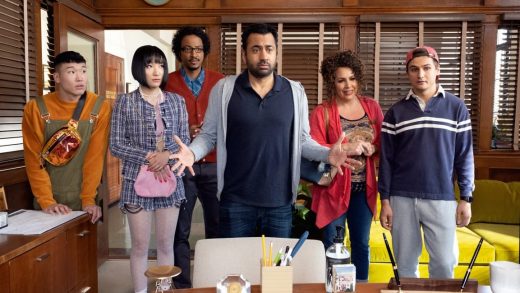 As this year’s TV upfront season kicks into high gear with presentations from all the major networks this week, one message is clear: Broadcast TV has no desire to be confused with streamers. At least on the surface.

In contrast to the dark, edgy dramas that have successfully branded streaming companies like Netflix (Stranger Things) and Hulu (The Handmaid’s Tale), the networks are rolling out benign slates heavy on comedy, prime-time game shows, and animation that are designed to be loved by all. Some shows are even combining feel-good genres: NBC’s new series Perfect Harmony is part comedy about an Ivy League professor who leads a rural church choir (Bradley Whitford), and part a cappella musical fest (the shows also stars Pitch Perfect‘s Anna Camp).

At face value, the strategy seems to be to keep the hell out of Netflix’s way, and not even try to compete with a company that has poached a number of broadcast showrunners (Shonda Rhimes, Ryan Murphy, Kenya Barris) with the promise of giving them more creative leeway and fewer FCC restrictions. You want your characters to swear and have sex all day and night? Come to Netflix!

But the reality seems to be a more savvy play on the part of the networks, whose parent companies (at least Disney, Comcast, and WarnerMedia) are in the process of launching their own streaming platforms later this year, and who surely realize that the bulk of viewing time on Netflix is on those broad, feel-good comedies made by studios. According to a Wall Street Journal story earlier this year, 72% of viewing minutes on Netflix are spent on library programming, such as TV reruns. The most-watched of those shows are The Office, Friends, and Grey’s Anatomy.

Why not, then, go into high gear, producing the kinds of shows that play well on both linear on streaming, and that generate a particularly heavy amount of repeat online viewing? Which is more or less what the networks are saying. “The NBC comedy is literally the heart of our future,” Paul Telegdy, co-chairman of NBC Entertainment, said over the weekend. His co-chairman, George Cheeks, added that the network was the starting point for how people will watch NBC shows “for years to come,” meaning that it’s the basis for what will wind up on Comcast’s streaming app.

In other words: Let Netflix, Hulu, and Amazon explore dark, complex human stories in their original programming. When it comes to what people actually want to watch–we got it.

This attitude is true across the network spectrum, with every network touting a slate of “new” shows that have decidedly “old” and familiar names. Parks and Rec showrunner Michael Schur is an executive producer on Kal Penn’s NBC pilot, Sunnyside, which explores immigration issues through a comedic lens. Chuck Lorre is behind CBS’ Bob Hearts Abishola, a comedy about a man (Billy Gardell) who falls for his hospital nurse after he’s treated for cardiac arrest. Also at CBS, Will and Grace veteran Alex Herschlag and Jane the Virgin creator Jennie Snyder Urman have Broke, another comedy about a trust-fund baby (Jamie Camil) who’s cut off from his father and has to move his family into the Reseda condo of his estranged sister (Pauley Perrette). CBS also has greenlit Carol’s Second Act, about a retired teacher (Everybody Loves Raymond‘s Patricia Heaton) who decides to be a doctor.

The shows area almost exclusively multi-camera and big on belly laughs–like Fox’s Outmatched, a comedy starring Jason Biggs as the head of a blue-collar family in New Jersey trying to raise four genius kids. Those that do go into more contemplative issues are doing so in a format that’s already been tested: ABC’s Mixed-ish is a prequel to Black-ish.

None of the shows have the gritty pedigree of a Netflix or Amazon Original Series. But that seems to the the point. The networks will be keeping them for themselves as they roll out their streaming services. Let Netflix go dark. The networks are banking on having the last laugh. 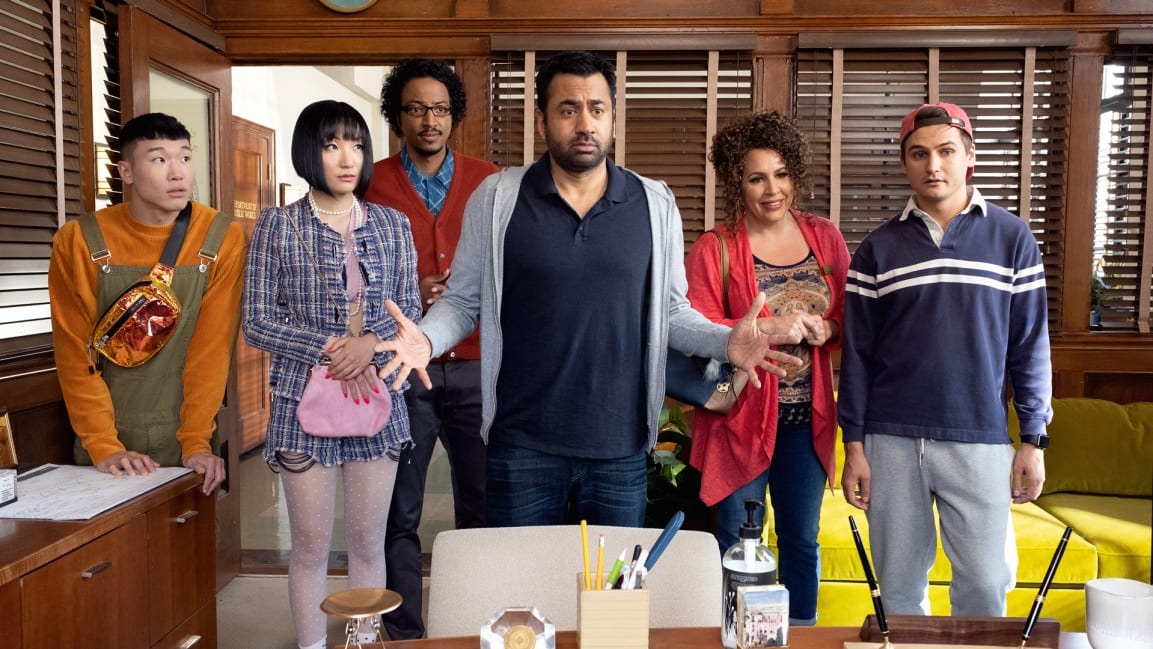