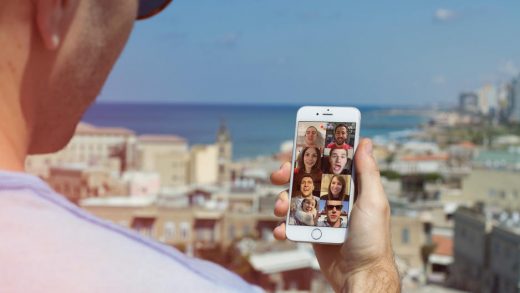 On February 29th, 2016—that’s Leap Day—the team members behind Meerkat secretly launched a new live-streaming app. Rather than pitch reporters or spend money on ads to promote it, they opted to just put the app in the App Store and see what happened. To help keep their identity secret and avoid potential coverage, they identified the developer using a pseudonym rather than credit Alexander Herzick, who happens to be the husband of the app’s cofounder, Sima Sistani .

Houseparty is actually the fourth attempt by Meerkat’s creators to build the perfect live-streaming app. The idea behind remaining secretive about its origins was so they could determine if this new app truly fulfilled that vision.

“The mission of the company is to connect people in the most human way possible when physically apart,” says Sistani. “And our hypothesis has been that mobile live video is the best way to do that.”

Meerkat offered one-to-many broadcasting and appealed to people like influencers, brands, celebrities, and media companies, most of which already had existing audiences somewhere else that they wanted to connect with through live video. But it missed the mark when it came to the company’s mission of connecting individuals.

“The metaphor that we kept using internally was we built a theater, but for everybody to use this and for it to be a daily habit, we should build a house party,” says Sistani. As they started to build the product the name stuck, and Houseparty was born.

The Short, Eventful Life Of Meerkat

Meerkat launched in February 2015 to a great deal of excitement but was quickly overtaken by Twitter’s Periscope and Facebook Live, both of which have a better built-in way to connect users with viewers. Meerkat originally used Twitter to connect friends, but the social network cut off its access to the Twitter graph during last year’s SXSW, offering just two hours notice. It was a warning sign for the Meerkat team, who soon began working on something new, something they hoped would help users connect to friends better than Meerkat was ever able to do.

“We went to the board and kind of explained why Meerkat is dead and why live video basically is going to be owned by Facebook and we should just move on,” says cofounder and CEO Ben Rubin. (The Meerkat app disappeared from app stores last September.)

The idea behind the app is to create a virtual space where you can hang out with your friends—a “house party” where everyone you know is invited. When a friend loads the app, you’ll get a notification letting you know they’re in the house. If you’re around and want to chat, then you launch the app and join as well.

“We believe that live is the most true form of communication,” says Rubin. “We’re trying to become this internet living room or place where you go and you hang out with people that you actually care about.”

Chats are organized by room, and anyone you’re friends with on the app has a virtual invitation to drop in on your conversation. Their friends can also join, in which case you’ll see a “Stranger Danger” message. Beyond that, it’s just like any other “party” where you can just freely chat with friends. Up to eight people can be in a room at a time, and you can casually move between rooms to interact with different groups of friends. When you want to prevent people from joining a private conversation, you can lock the room.

It’s a different approach than broadcasting tools such as Facebook Live or Periscope. “We’re just trying to bring you closer to your real-life network, not something that’s like vying for likes or hearts or followers,” says Sistani.

What makes the experience compelling is its casual nature. Rubin notes that if someone talked about hanging out with friends tonight, you’d assume that meant in the same physical location. But with Houseparty, that get-together can happen virtually, and with people you might not otherwise have the opportunity to see.

Soon we had six people from around the country in a single room hanging out, all unplanned.

One weekday night, for instance, I started chatting with a Los Angeles friend of mine who I haven’t seen in quite some time. I’ve never video-chatted with her before, in part because that’s always seemed like something you would set up beforehand—”Hey, want to video chat at 6 p.m. on Tuesday?”—rather than do on an impromptu basis. We’re both busy people, too, so coordinating anything would likely have been a nightmare.

She happened to be live in the app, and I joined a room with her and her father, who she was trying to convince to download the app so they could stay in touch. We chatted for a while, and then another friend of hers joined the room, and then two of my friends—one in North Carolina, one in Las Vegas. Soon we had six people from around the country in a single room hanging out, all unplanned. That room led to a few spinoff rooms, and soon we had something that was starting to look like a real party on our hands.

And speaking of parties, Houseparty is a popular one. Just two months after that stealthy App Store launch, it rose to #1 in the store’s overall rankings and #2 for social networking. The only marketing the company did was to tell students about the app at their alma maters.

“And then the back-end totally shit the bed because we weren’t ready for that kind of scale,” says Sistani. Through June and July the app’s servers failed for hours at a time, sometimes to a point where people couldn’t even log into the app. When the team was finally able to get everything up and running perfectly in August, miraculously enough, users came back—and they brought their friends. It resonated so much with them that they were willing to deal with some (huge) technical snafus.

Since August, Houseparty has seen steady growth. Currently, it has over a million daily active users and is the #2 app on Apple’s free social networking chart, right between Facebook Messenger and Facebook itself. It’s being used for everything from catching up with family across the country to recapping the day’s activities after school with a group of friends. Teens are holding virtual study sessions and brushing their teeth together before bed. (For now, the company is focusing on expanding its user base even further; turning it into a moneymaking business will come later.)

Houseparty’s target audience and its primary users are Gen Z, the next generation after millennials. A whopping 60% of the apps users are under the age of 24. Sistini remarks that the Gen Z audience, in particular, is interested in being involved more in things that are “me, plus my people” instead of platforms, like Meerkat, where they’re the sole focus of all of the attention and have to present a polished, perfect version of themselves. 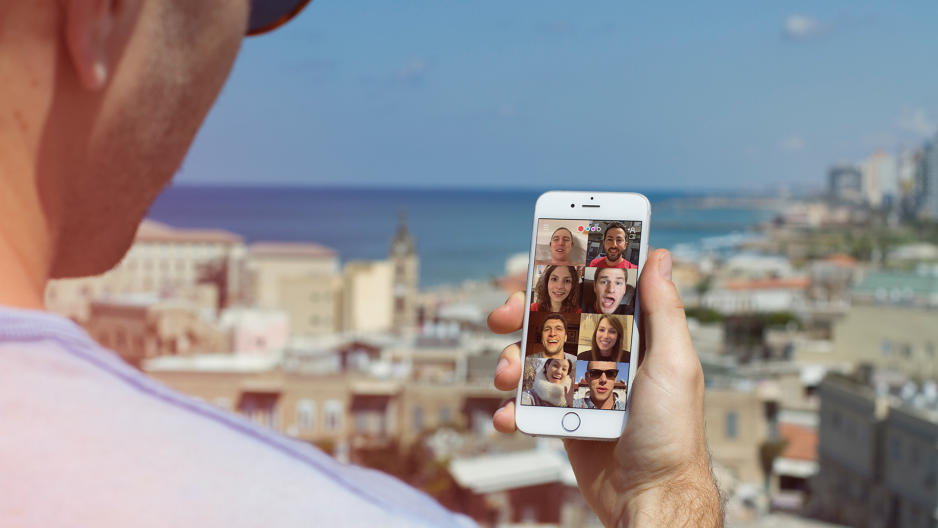