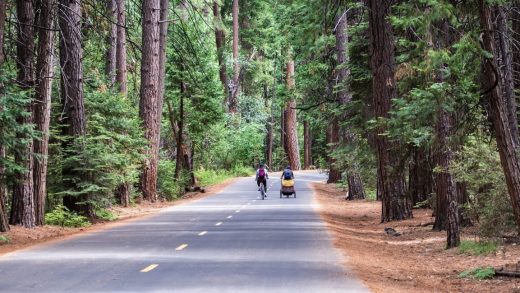 To the joy of e-bike riders and the chagrin of various conservancy groups, the National Park Service will now let people whiz through federally owned trails on their electric bicycles.

The new policy, announced on August 30, allows e-bikes to go wherever pedal bikes are currently allowed on federal lands managed by the Interior Department. It comes after Interior Secretary David Bernhardt signed an order meant to “increase recreational opportunities for all Americans” by officially classifying certain types of e-bikes in the same category as non-motorized bicycles.

The initiative, in part, aims to make travel easier for people who would normally have trouble getting to remote outdoor places. As National Park Service Deputy Director P. Daniel Smith said in a press release about the new policy, “[E-bikes] provide an option for people who want to ride a bicycle but might not otherwise do so because of physical fitness, age, disability, or convenience, especially at high altitudes or in hilly or strenuous terrain.”

Naturally, e-bike riders are enthusiastic about the change. Gordon Goodwin, a 69-year-old who plans to ride his e-bike through the trails on Acadia National Park in Bar Harbor, Maine, told the Associated Press,”there’s just too much traffic on the main park roads that you can’t enjoy them.” Now Goodwin says he and his wife can have the luxury of riding down the less crowded carriage paths, which will give them access to better views and keep them away from exhaust fumes.

Moving e-bikes to paths previously reserved for pedal bikes and pedestrians, however, means putting higher-speed vehicles in spaces accustomed to low-speed traffic. E-bikes come in different speeds, as classified by the Interior Department, the slowest of which (Class 1 e-bikes) go up to 20 miles per hour. Class 3 e-bikes can reach up to 28 miles per hour.

“Despite assertions to the contrary, mechanized or motorized bicycles are not bicycles, just like a combine is not a scythe,” Brendan Mysliwiec, director of federal policy and legislation at the Appalachian Trail Conservancy (ATC), wrote in an email. Because e-bikes both discharge exhaust and produce “an audible internal reaction,” added Mysliwiec, treating them like “silent, emission-free bicycles is inappropriate.”

The ATC was part of a larger group that expressed concern over e-bikes being allowed on national parks’ “non-motorized trails” in a letter to the Interior Department back in July. The letter, signed by numerous horseback riding associations, trail groups, and conservancy organizations—like the Colorado Mountain Club, Idaho Trails Association, and North Carolina Horse Council—insists that “all e-bikes are motorized by definition” and calls the policy change “ill-advised.” E-bikes could interfere with other human uses of the paths (imagine taking a leisurely woodland stroll to have a vehicle suddenly fly by you at 20 miles per hour) and potentially damage natural resources like soil, according to the letter’s authors, by causing erosion.

Use of e-bikes could also disturb wildlife. A February 2010 review of the ecological effects of mountain biking noted the relative speed of biking compared to the activity’s silence. A fast but fairly quiet approach—even more pronounced in an e-bike than a mountain bike—makes it so wild animals can’t react to a speeding bicycle until it’s well within the animal’s “flight response zone,” increasing the intensity of the animal’s startle reaction. It’s not only bad to scare animals for the animals’ sake, but doing so could also put humans in danger. No one wants to startle a grizzly bear.

How different are e-bikes from regular bicycles, really? E-bikes include motors and batteries, and usually require the rider to pedal to activate the motor, while a battery can run for up to 60 miles once it’s charged. Because they’re battery-powered and don’t use gas or diesel, e-bikes can help reduce greenhouse gas emissions (when used instead of a gas-fueled bike). Some e-bikes don’t need riders to pedal. Instead, riders can just twist the bike’s throttle and move forward using only the motor.

Motor-only e-bike operation is still not allowed on national parks’ bike paths. E-bike riders must be pedaling in order to ride them on federal nonmotorized trails. In other words, exercise is still required. 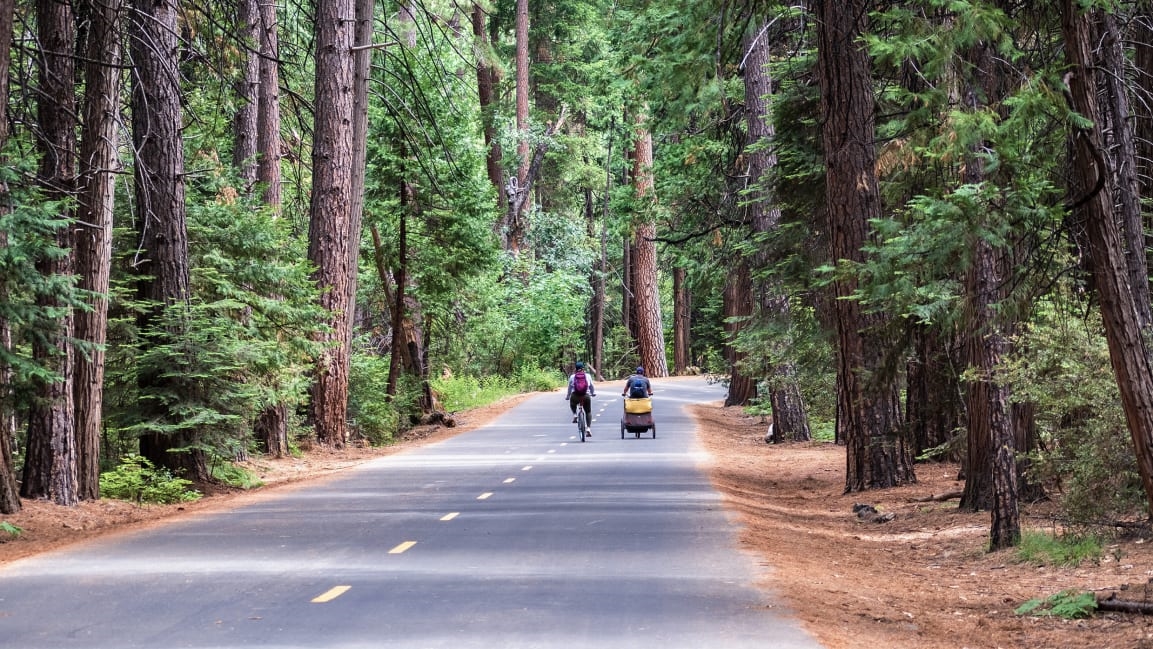