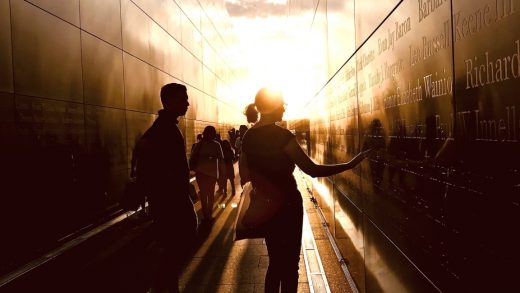 20 years later, the 9/11 attacks are still seen as the biggest news event of the last half-century

The vast majority of Americans still see the events of September 11, 2001, as the most significant news event of the last 50 years, beating even the global COVID-19 pandemic, according to a new exclusive Harris Poll conducted for Fast Company.

Among people who say they are familiar with 9/11, 87% agree that the terrorist attacks on the World Trade Center, the Pentagon, and Shanksville, Pennsylvania, were the No. 1 news event in the last half-century. The sentiment cuts across gender and age lines and includes people who weren’t yet born and those who are too young to remember the events of that crisp Tuesday morning. That’s the response of 83% of men, 90% of women, and 85% of respondents ages 18 to 34, which covers a chunk of Gen Zers.

As the United States commemorates the 20th anniversary of September 11, the influence of that day is still obvious—from increased security to a still-palpable Islamophobia to radio commercials about the 9/11 victims fund deadline and news stories about Guantanamo Bay detainees.

For people who didn’t live through the assassination of President John Kennedy, a key marker for baby boomers, this was a generation-defining moment. That the 9/11 attacks happened on U.S. soil—land that remained untouched through two world wars and hasn’t seen such fighting since the Civil War—made it all the more dramatic.

“The deliberate cruelty is why. It creates a strong emotional connection. The threat is very direct,” says Dr. Melanie Greenberg, a San Diego-based clinical psychologist and author of The Stress-Proof Brain. “With terrorism, it’s having an enemy. It’s something our mind clings to. It’s someone who wants to destroy us. Before 9/11, we felt pretty safe in the U.S. Terrorism was pretty minor. We felt invulnerable.”

The immediate shock of the event registered in a way that the current COVID-19 pandemic—a far deadlier crisis—doesn’t. The pain of 9/11 unleashed a new kind of horror—sudden, acute, and sharp—while the virus wreaking havoc around the planet is more of a slow burn. The beginning was a profound rapier, but it’s morphed into a long-term severity that constantly clubs us.

“Terrorism, you don’t know where that is. There’s no real estate,” explains Greenberg, who recalls breastfeeding her daughter during 9/11 and knows people who were supposed to be on flights or in the World Trade Center, but at the last minute weren’t. “[With] COVID, you can have safety if you’re in your house. There’s a bit more control of your exposure. Also, it’s not as deliberate. It’s a disease. It’s not personal. It’s not someone targeting you. It’s not tribal.”

The images of 9/11 were captured primarily by professionals. Some—the ash-covered people fleeing from the World Trade Center, the smoldering Pentagon, the second plane hitting the second tower, the Shanksville crater and the heartbreaking “Falling Man” picture—are seared into the minds of people who weren’t alive when it happened.

Gabe Zoda, a Hofstra University junior was born two days after 9/11. He calls the day “super important” and points to the moving footage of the tragedy, the tremendous loss of life, and the unity and resilience Americans showed in the aftermath as key reasons why it resonates with him. And as a Queens, New York, resident, Zoda went to high school with kids whose parents were New York City firefighters and police officers.

“Even though I wasn’t alive doesn’t mean it doesn’t mean anything. It didn’t affect just New York, but the whole world . . . and the legacy lives on to today in 2021,” he says. “Just being able to see all the video from that day and be able to take it apart, it always felt to me a little more real. Even though I’ve seen the Challenger [explosion] and the assassination of John F. Kennedy and all that stuff, the magnitude of stuff and visuals makes it more real. Like dang, that’s huge.”

The weighted Fast Company-Harris Poll of 1,053 U.S. adults was conducted between August 20 and 24. In the poll, 92% of respondents said they were familiar with the events of 9/11, including details such as who carried out attacks, the response by the U.S., and the number of deaths. 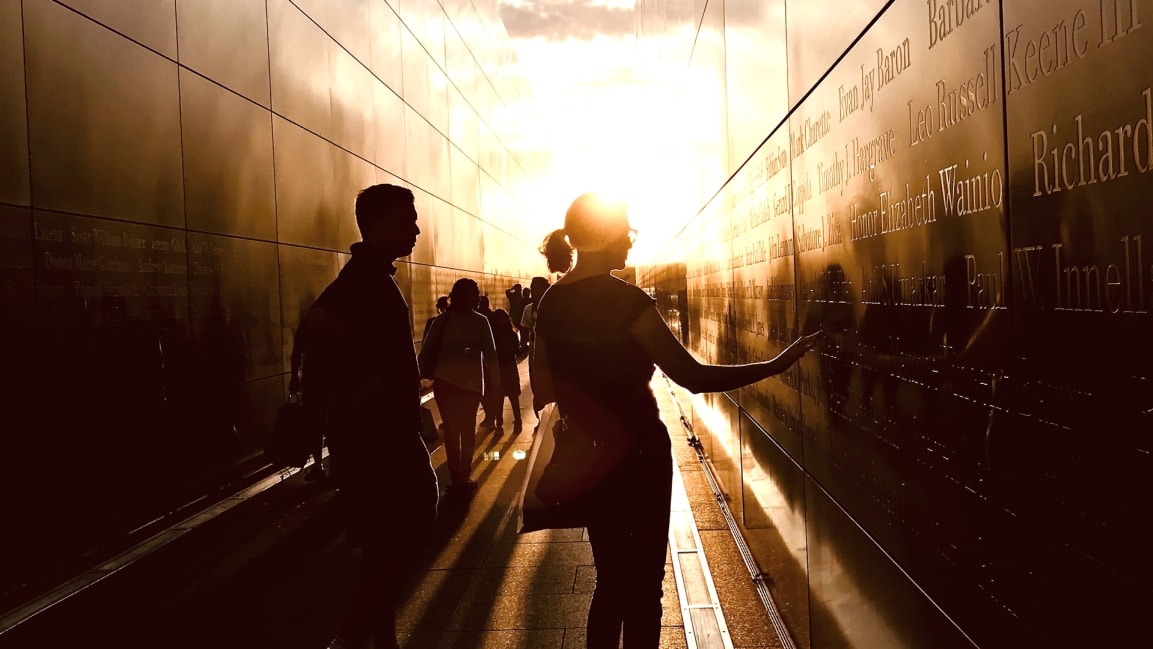