From brand safety issues in YouTube and Facebook to the clock running out on the yodeling Yahoo as an entity to the unending frustration with the new AdWords user interface, 2017 was an interesting year for paid media and its legion of keyboard quarterbacks — also known as digital marketers. But enough rehashing the past and what did and didn’t go well. Here’s what we should look for in 2018.

Amazon: If 2017 has shown us anything, it is that the duopoly that is Google and Facebook has been infiltrated (for ecommerce/retail) by Bezos and Amazon. Not since Facebook’s DPAs have we seen such a viable competitor in ecommerce ad space. Be on the lookout for budget cannibalization of Google and Facebook by Amazon, but don’t expect it to stop with ecommerce clients. We may see adjacent categories such as travel, insurance, and local services begin popping up in the Amazon platform? Since Amazon is a nightmare to roll out technically, with spotty analytics, it has kept competition and pricing relatively low. And finally, with the platform growing in popularity, expect more operations to dedicate an entire practice to Amazon (some big agencies already have).

Yahoo: I wrote about it in 2006 and I will restate it now: Verizon knows how to run a search engine (think back to the Super Pages days). But the purple search engine has taken many hits lately, with the collapse of the Mozilla deal most likely the most painful (after many other pre-Verizon issues). Be on the lookout for Verizon to make Yahoo the default search engine on their phones and for Fios service as a way to recoup some market share. Failure to recover (not even gain) market share will send Yahoo the way of Old Yeller (but first they need to fix the Gemini UI).

Bing: From the integration of Bing with Windows 10 and Amazon Alexa, Bing has the brightest future for growth of any search engine. The rollout of the chatbot extension and in-market audiences have shown us they don’t necessarily play second fiddle to the Big G in every aspect of search. However, they still need a legitimate voice-based personal assistant device for the home (no, Cortana is not one), with the growth of voice search across the board, it needs to be a bigger priority for them (instead of the Lumia phone). But don’t be surprised to see a co-promote deal with Amazon on Echo. Finally, the time has come to expect (if not demand) a search network/native reach from Bing Ads into LinkedIn. When this happens, Bing will become the go-to platform for B2B marketing.

Google: For the Alphabet platforms, 2018 will be interesting. Anticipate a mini-revolt, and ultimately a forced acceptance of the new AdWords UI, anticipate more niche audience targeting (something along the lines of in market audiences for search), and prepare for a new level of device/environment targeting with voice efforts. That last one should be harped on — there is enough demand from advertisers to see the data, and the usage of LIA’s in voice search results, the capability to manage to it just makes sense. Why hasn’t it rolled out yet? Great question. Most likely a technology and talent hold up (hold up, not a road block). In YouTube, don’t hedge your bet on Bumper Ads — 6 seconds is cute, but it still lacks the ability to qualify a viewer as “qualified.”

Facebook: The interplay between Facebook and paid-search teams is becoming deeper. Anticipate more operations to consolidate the responsibilities. Facebook, which was the platform that threatened other platforms, now finds itself fighting off ad-dollar loss to Amazon. The effort to adjust by ramping up video ads has been positive, and is expected to increase. Refinement on data, CPV and VTR approaches is still needed, but either way, may be the future for Facebook.

The bump in traffic it has seen with the Trump administration has begun to decline, but has still been a plus for consumer usage. Twitter remains a solid platform, but its lack of US market penetration hinders its ability for growth. Be skeptical when the platform says it has streaming rights of video content, like the NFL — don’t fall for the over-budgeting nightmare.

Yeah…no. Lack of growth outside of its key demographics and inability to shake some ugly stigmas have put the platform in a position of stagnation.

Audience targeting: The reality is that not all audiences are created equal. With growing access to targeting tools, expect that marketing efforts in search (and all media) without some form of audience targeting will be as rampant as the dinosaurs are today.

Voice: Awesome for local search — anticipate that 20% of it in Google will be monetized soon.

Crypto: Paying for media in crypto currency? Expect to see the ability become reality, and for no one to do it.

Last Click: Goodbye. Google is kicking you to the curb, as a second-tier metric, and therefore, everyone else will/should too.

Brand Safety: As an industry, we have still not learned from our mistakes. Anticipate another brand crisis arising. Just don’t be that brand. 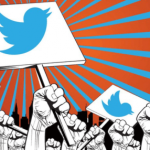 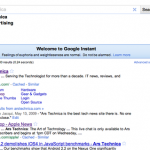 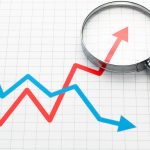 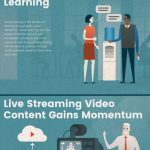 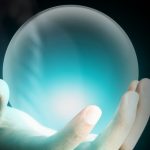 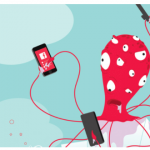 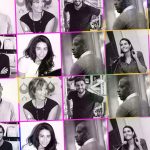 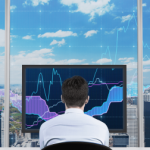 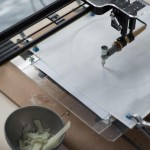 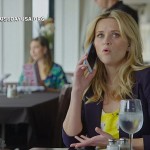