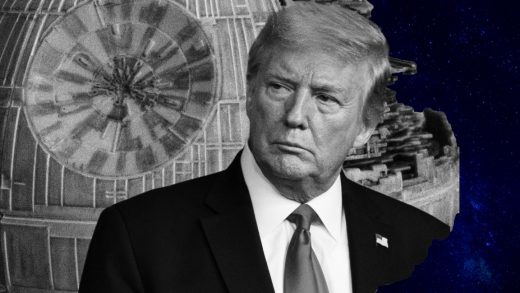 On Thursday, Brad Parscale, Donald Trump’s campaign manager, tweeted that they are team Death Star and they plan to “fire on all cylinders.”

The tweet is referencing the campaign blitz they plan to launch for the next phase of the presidential campaign season, but in true stereotypical villain format, it both telegraphs their plans and is not an original concept. Parscale also tweeted that the media began referencing their campaign as the Death Star, so they decided to lean into it.

I didn’t give our campaign the name, Death Star, the media did. However, I am happy to use the analogy. The fact is, we haven’t used it yet. Laugh all you want, we will take the win!

None of this is ironic, given the Trump administration’s handling of the coronavirus crisis and its callous disregard for human life. Villains tend to be all about money and world domination, no matter whose lives are at stake, so this is on brand.

But if they’re going to be villains, they might as well stay committed to that premise. There are other villains whose philosophies the Trump campaign might want to consider for inspiration.

The following tweet makes a good case for Lord of the Rings‘ Eye of Sauron. The Eye of Sauron was part of a larger plan for world domination mastermined by Morgoth, which in this case could be metaphorical for Mitch McConnell.

im just waiting for @parscale‘s tweet about how the trump campaign is the eye of sauron pic.twitter.com/EerbgDUs47

The Legion of Doom

Their lives consist of constant plots to take over the world and doing everything they can to undermine the Super Friends. You can basically look at that as the bipartisan wars that plague American politics.

Snidely Whiplash represents the ridiculousness of leaning into evil. His antics are so extreme and stereotypically villainous that it’s almost funny.

Can Trump just hurry up and grow the Snidely Whiplash mustache already? pic.twitter.com/vvQN0hzeoh

If you’ve ever watched a Blaxploitation flick (or even School of Rock), then you are familiar with the concept of The Man. It’s an exaggerated trope inspired by the stereotypical white men in charge. The Man is always on a quest for power—typically at the expense of poor people and minorities. As seen in movies like Foxy Brown, Black Caesar, and even I’m Gonna Git You Sucka (a parody of the Blaxploitation genre), The Man has no complexities or redeeming qualities.

What’s a list about villainous philosophies without a James Bond reference? Blofeld—the character who inspired Austin Powers‘ Dr. Evil—has been a thorn in Bond’s side in several James Bond books and movies. But all he really wants is, you guessed it, world domination. Part of his backstory is that he was hired by the Polish Ministry of Posts and Telegraphs and appointed to a sensitive communication position, which he used for buying and selling stocks at the Warsaw Stock Exchange. Foreseeing WWII, he made copies of the top-secret information he was privy to and sold it for cash to Nazi Germany. This might sound like an extreme character backstory but we’re beyond the point in real life where there is a cap on how crazy things can get. So far, in the past four seasons of the United States, we’ve seen Russian election meddling, Trump’s attempts to force the Ukraine to dig up damaging information against a political rival, an impeachment where one side of the aisle refused to acknowledge facts, a literal virus being called a hoax, confirmation of UFOs, and so much more.

The difference between #Trump and Blofeld is that Blofeld is very smart, embraces his baldness, and likes cats. pic.twitter.com/emMu4GQIJq

Goldfinger—another popular Bond foe—was also the richest man in England. Not surprisingly, his money wasn’t traceable, and he didn’t pay taxes. His obsession with gold and acquiring as much of it as possible was the impetus for his dastardly deeds.

Trump is playing Goldfinger now. Who is our James Bond? pic.twitter.com/VpnqSsBKQb

A fanatical leader who demands total loyalty and allegiance, Cobra Commander’s objective is to control the world’s governments and hoard as many resources as possible. His method of achieving his goals is to bring about chaos. Full stop.

Mayor Larry Vaughn from Jaws technically wasn’t a villain, but he did ignore warnings from experts about the impending shark attacks that ended up costing the lives of several people. That makes him callous and complicit in the loss of human lives that could have been saved.

The Bugs From Starship Troopers

Chaos is the name of the game.

Voldemort and His Death Eaters

Social media is rife with comparisons of Trump and his administration to Harry Potter’s Lord Voldemort and his sycophantic band of Death Eaters. Voldemort’s philosophy was to eradicate the world of muggles (non wizards or “half-bloods”). In other words, the entire Harry Potter series was a metaphor for how people treat people in real life when it comes to racism, classism, sexism, and all the other violent isms where the core philosophy is to get rid of people or at least make their lives harder simply for existing. The Death Eaters carried out Voldemort’s bidding no matter how bad things got as long as there was something in it for them.

TRUMP OR VOLDEMORT
“I will build a great, great wall on our southern border, and I will have Mexico pay for that wall. Mark my words.”#Trump #Voldemort pic.twitter.com/W0Lm8Eg3iC

Lex Luthor is actually the leader of the Legion of Doom. He is also rich, entitled, arrogant, and immoral. In the DC Universe, Luthor represents our fear of the rich and powerful. Luthor uses his influence and resources to further his goals no matter what it may cost others, and he always seems to escape prosecution. What’s also interesting about Luthor is that he donates to charity—not because he cares about people, but because he understands that public perception is important. Lex Luthor has a complex story arc in the DC Universe and at times can even be seen as an antihero.

Frank Booth is deranged and capricious, and that is terrifying.

We New Yorkers, we know this guy.
He will go Full Frank Booth before
this is over.#NewYorkKnowsTrump
Now I’m freaking out AGAIN. pic.twitter.com/4W7b9WCBb8

If they really want to be committed to sociopathic rule, then they might as well go full-on Buffalo Bill. This Silence of the Lambs character took his disdain for women seriously by kidnapping them, murdering them, and making suits out of their skins.

Can someone please #deepfake the “Goodbye Horses” scene in Silence of the Lambs and turn Buffalo Bill into @realDonaldTrump? pic.twitter.com/0MyEh6uOel

This one’s a no-brainer, but imagine Trump with the added bonus of a Havoc Staff. A HAVOC STAFF!

We’re about a month away from districts being declared. Get your cardio up.

Jack Torrance was not qualified to maintain the Overlook and ended up descending into madness as a result. It brought about his downfall.

LRT We’re really a few weeks away from Trump having a Jack Torrence in The Shining breakdown. pic.twitter.com/nOLC4b5HaV

Are we sure Donald Trump isn’t actually Pennywise? I mean, he’s a clown and seems just the type to promise he can make you float. #itmovie pic.twitter.com/SFr6F8YlEs

I love the @CNN commentator that compared @realDonaldTrump to Jason Vorhees. HE. JUST. KEEPS. COMING. BACK. #debatenight #Debates2016 pic.twitter.com/3KgSgZY14C

I can’t wait until this nightmare is over trump reminds me of freddy Krueger trying to kill as many as possible and he like kids pic.twitter.com/wp6PIU3Ixl 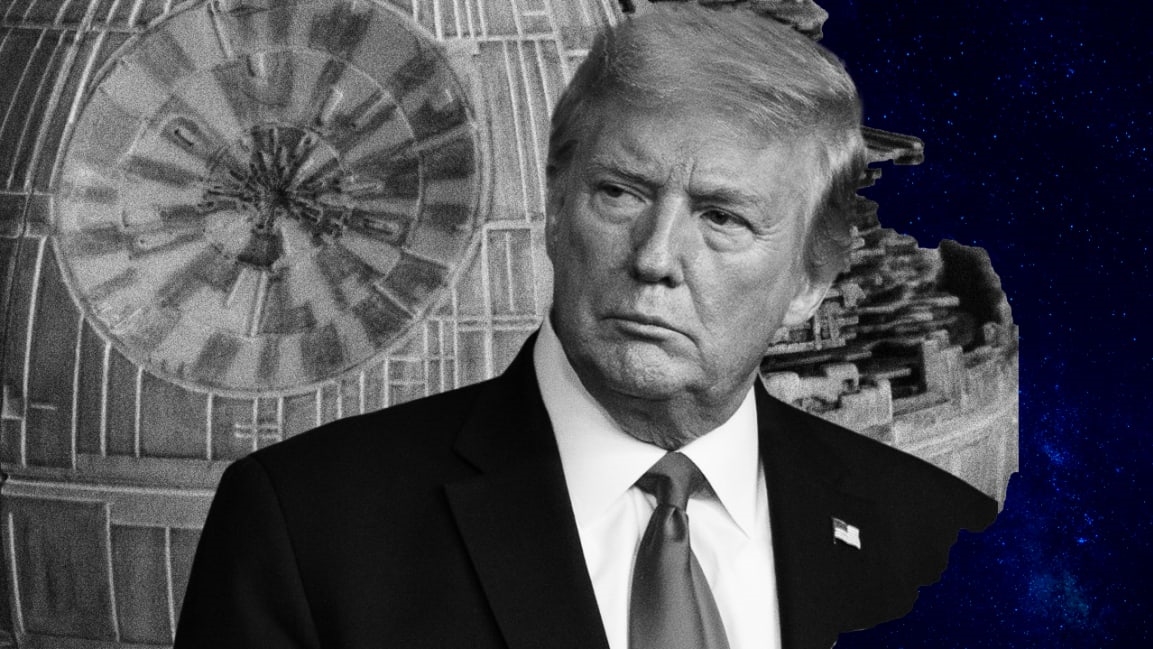