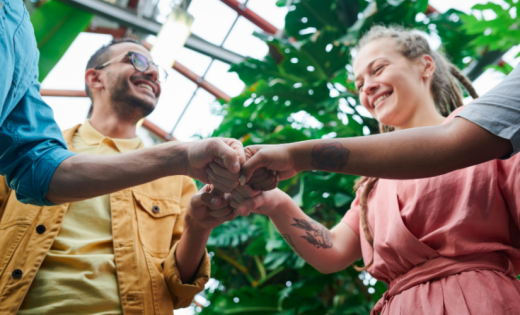 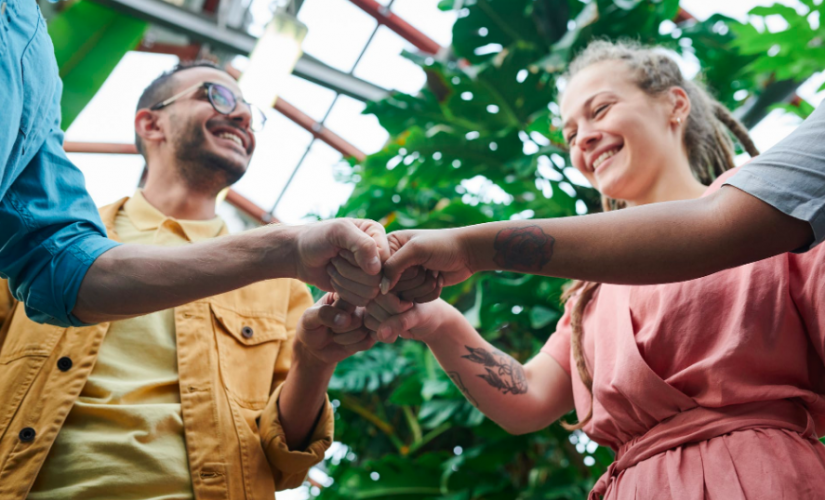 The ties between company culture and financial performance are clearer than ever. But according to one company culture expert, only recently have leaders realized their cultures need work.

Companies with strong cultures see four times the revenue growth of their peers. Yet a separate study found just 15 percent of business leaders think their culture is where it needs to be.

If you count yourself among the 85 percent, here’s the truth: It’s going to take work. But no matter your company’s size or budget, the culture you want is within reach.

“It’s really an across-the-board thing,” Dyer explains. “Companies with strong cultures have the most engaged, loyal workers. They are the most productive and more resilient in times of stress.”

What holds companies back from that sort of culture? Dyer notes that there’s no one-size-fits-all answer. <

“The first and most important step is for leadership to design a fully thought-out and intentional culture,” Dyer says. “Think about culture as the norms and permissions in the workplace. The outcome of a culture is how it makes people feel. Understanding that is key.”

Although companies’ cultural challenges are unique, Dyer says, there are some common solutions. Those solutions are the focus of his podcast, “TalentTalk.”

On “TalentTalk,” Dyer interviews executives across industries to learn not just how they find, hire, and retain talent, but also how they create positive team environments. “It’s fascinating to hear how all sorts of corporate leaders have settled on a few core approaches,” Dyer says.

What are those core approaches? Dyer points to:

“Show your employees that building a better culture is not just in their interest, but in their power,” Dyer recommends. “Help them see that they’re a key part of it.”

There are dozens of ways to do that. Encourage employees to participate in roundtable discussions about the company’s culture. Put up an anonymous comment box, in case certain employees are afraid to speak their minds. Encourage workers to celebrate each other — put together a birthday committee.

Just as important as employee involvement is commitment from the company’s leaders. If managers and executives see culture as a “soft” priority, help them understand its true value. Show them the litany of data that connects culture to everything from employee retention to revenue to brand value.

“Leaders have to be on board,” Dyer stresses. “If they’re not, it doesn’t work. Employees look upward to determine whether an initiative is all talk or whether it’s actually important to the company.”

Alignment of words and actions

If sustainability is a company value, for instance, make sure that’s reflected in everything the company does. Are there recycling bins in the office? Is the company buying zero-emissions vehicles? Are executives doing their best to minimize travel?

Dyer emphasizes the importance of a 360-degree view. “There’s almost always something more you could be doing. Don’t let workers get the wrong idea simply because you haven’t thought about it.”

Even companies that follow those recommendations can’t change their cultures overnight. It takes months, even years, of deliberate work. And once leaders make progress, they have to maintain it.

Once you’ve identified cultural gaps and addressed them, the hard work is maintaining what you’ve built. Dyer has a few words of advice on how to do it:

Too often, Dyer says, companies only bother to audit their culture after a significant event. Maybe a key employee quits. Perhaps customers complain about a subpar service experience.

Dyer likens a culture audit to the annual check-up you get at your doctor’s office. “Maybe you’re perfectly healthy,” he says. “A culture audit is still an important check to do once or twice a year.”

To do a culture audit, Dyer suggests surveying people throughout the organization to see how they score the company on each of those seven pillars. He recommends asking for comments on each of them, given that a numerical score alone doesn’t tell much of a story.

Make culture part of your recruitment and education processes

Just like role-specific skills, culture is something that can be hired for and trained. “It’s crazy that companies worry about things like punctuality, but not applicants’ values, when hiring,” Dyer points out.

When considering a job applicant, ask her about her values. Free personal assessments like Barrett Values Centre’s online Personal Values Assessment are a good place to start.

Don’t expect an exact match, but do look for overlap between the company’s own values and the applicant’s answers. “Trainable applicants should be at least open to values that the company names,” Dyer says.

Then, whether it’s a new hire or an employee who’s been with the company for 20 years, Dyer recommends putting employees through a seminar on the company’s mission and values. Ensure that the seminar uses concrete examples to illustrate how they apply in practice: High-minded talk about values may come across as irrelevant or inauthentic to some workers.

In a recent study by 15Five, 81 percent of Millennial employees said they’d rather work at a company that has “open communication” than one that offers more perks.

Dyer isn’t particularly surprised: “Say what you want about Millennials, but they do care about things like culture and team dynamics. If anything, it’s the old guard that needs to be convinced.”

That starts with open communication about the company’s culture and programs. Employees must feel they have a say, and managers must be genuinely interested in their ideas.

Use open-ended questions, both in verbal conversations and written surveys: “How would you describe the company’s values?” “What changes could the company make to strengthen its culture?”

Most importantly, Dyer says, remember that cultural improvement takes conversation. “It takes openness by both parties. But if it’s obvious you’re committed to building a better culture, your employees will be, too.”