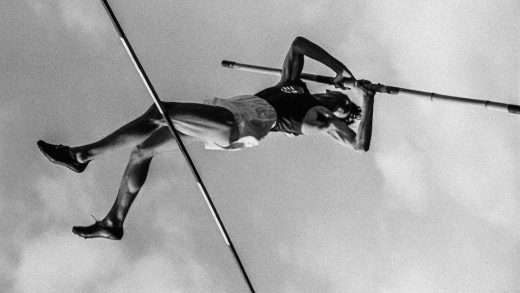 At the 1968 Olympic Games, fans and athletes stared on perplexed as Dick Fosbury, a college sophomore from Oregon State University, jumped over the high bar backward. The confused crowd laughed at him. Until that point, every Olympic athlete competing in the high jump had gone over forward. But eight years later, 90% of high jumpers were going over the bar backward. Today, every high jumper performs what is known as a “Fosbury Flop.”

Each time the Olympic Games are held, athletes seek to break past records—and they often succeed, shaving off milliseconds or refining existing techniques. But every few years, an athletic innovation appears that changes the game forever. Such disruptions—the Fosbury Flop, the introduction of the flip turn in swimming, Glen Hall’s butterfly goalie technique in hockey—open up a world of possibilities. They are found not only in sports, but also in the world of business. True innovators don’t play by the same rules as everyone else; they introduce new concepts that lead to a whole new game altogether.

There are four habits you can develop that will help you draw on historic breakthroughs—from past Olympic games and beyond—to replicate record-breaking performances:

Exploring athletic concepts that changed competition forever offers strategies of how to apply these practices to achieve success in your own role and career.

Identify and enhance your strengths

It seems like great athletes push past their limitations every year, incrementally improving their performance by training harder or making subtle lifestyle changes. This may be true, but the biggest leaps forward come when an athlete discovers a new idea or concept that alters the game itself. This means not following the same patterns that everyone else is following.

Glen Hall has a legacy as one of the greatest goalies in the National Hockey League. He introduced the “butterfly” goalkeeping technique by dropping his knees together and angling his skates to the sides. He found that butterflying utilized his strengths—quick reflexes and strong eyesight—so that he could position himself lower to see the puck approaching. At first, crowds were appalled. In those days, goalies didn’t wear masks and chest protectors were light; it was incredibly dangerous to perform Hall’s new move. Then, he was criticized. At the time, there weren’t any goalkeeping coaches teaching technique. Today, the butterfly is widely practiced in front of the net.

Try this quick exercise to identify your own strengths and determine where you might focus your innovative efforts. Make a list of all the initiatives you are executing or considering. For each activity, ask: If I am successful with this initiative, what impact will it have on my objectives? How easy is it to execute? You’ll come up with four types of ideas:

Since the first Summer Olympics in 1868, swimmers had been swimming all the way to the wall, grabbing hold, and kicking off to turn. Sixteen-year-old Al Vande Weghe developed a significant competitive advantage and won the silver medal at the 1936 Olympics in Berlin when he introduced the concept of flip-turning, a smooth flip underwater that swimmers perform to maintain momentum.

Vande Weghe knew his heavy legs slowed him down when kicking off the wall. He realized instead that he could use their power to propel himself through a flip, then powerfully kick against the wall to speed ahead. In 1936, he was the first to turn this way. He held the advantage for about a year until others began copying his method. In each decade since, all competitive freestyle and backstroke swimmers have been flip-turning.

Vande Weghe took a risk, an experimental approach that he found gave him speed over conventional turns. There was no new technology that allowed him to perform this new style of turn, but rather a willingness to try something new. Often, expertise and conventional rules can bind us to repeating what has worked in the past. This may help with incremental improvement, but to experience disruptive success, apply what Zen Buddhists call a “beginner’s mind.” Take one of your initiatives and try to imagine that you’re approaching it for the first time. What would you do if you didn’t know what might not work? How could you look past what others have done to search for a better way?

There is a pattern that we often see repeated in the world of athletics. Technology allows for both incremental and transformative performance increases–the latter of which may not be as obvious as the first.

The best athletes and coaches are attentive to technological advancements to gain an immediate edge that shaves valuable seconds off their time. In 1912, women’s swimsuits were made from silk. By 2000, all swimmers were introduced to Speedo’s Fastskin suits, which resembled sharkskin. New spikes on cleats help sprinters to run faster and cause past record holders to shake their heads.

However, the immediate performance gains from technology are just the first step. Technology also opens the door to transformative new approaches that defy the commonly held dogma about how something is done. There was no new technology in 1968 that made it possible for Dick Fosbury to jump over the high bar backward. The thick cushioned landing pads had been introduced years earlier. So why hadn’t any other Olympian tried his technique before then?

In many cases, it is not the technology that is missing, but the concept and a name. Once jumpers found out about the Fosbury Flop, they could start studying the technique, and coaches could start teaching it. This pattern happens with all technological and strategic innovations:

Train your mindset to attempt new techniques and explore possibilities

The flip-turn didn’t see any major changes from 1936 until 2015, when Ryan Lochte attempted a new style of turning that would earn him multiple gold medals. “I’ve always known in my head that I’m better at kicking on my back than I am on my stomach,” he explained. Instead of spinning right onto his stomach after a flip-turn, Lochte would remain on his back much longer than other swimmers, pumping his legs up and down to speed through the water.

Fédération Internationale de Natation (FINA), the international governing body for aquatic sports, was unsure how to react and made the turn illegal in certain races. But in freestyle, Lochte’s area of expertise, the turn will remain legal. We are early in its adoption, but we may see the prevalence of the “Lochte Turn” in years to come. The greatest athletes, coaches, and innovators don’t stop when something is working. They ignore what competitors are doing and continue working to disrupt themselves.

If you play the game the way you’ve always played, the outcome will remain the same. To improve your outcome, you need to change the way you play the game. Resist emulating others or replicating what you’ve done in the past—learn to build upon your strengths and ignore any time-wasters. Develop a habit of seeking new approaches and looking past currently accepted solutions. Pay attention to technological advancements, but train your brain to look for and apply emerging concepts, although they might not yet be widely recognized. To find your own Fosbury Flop, butterfly, or Lochte Turn, try something that is inconsistent with what people expect. 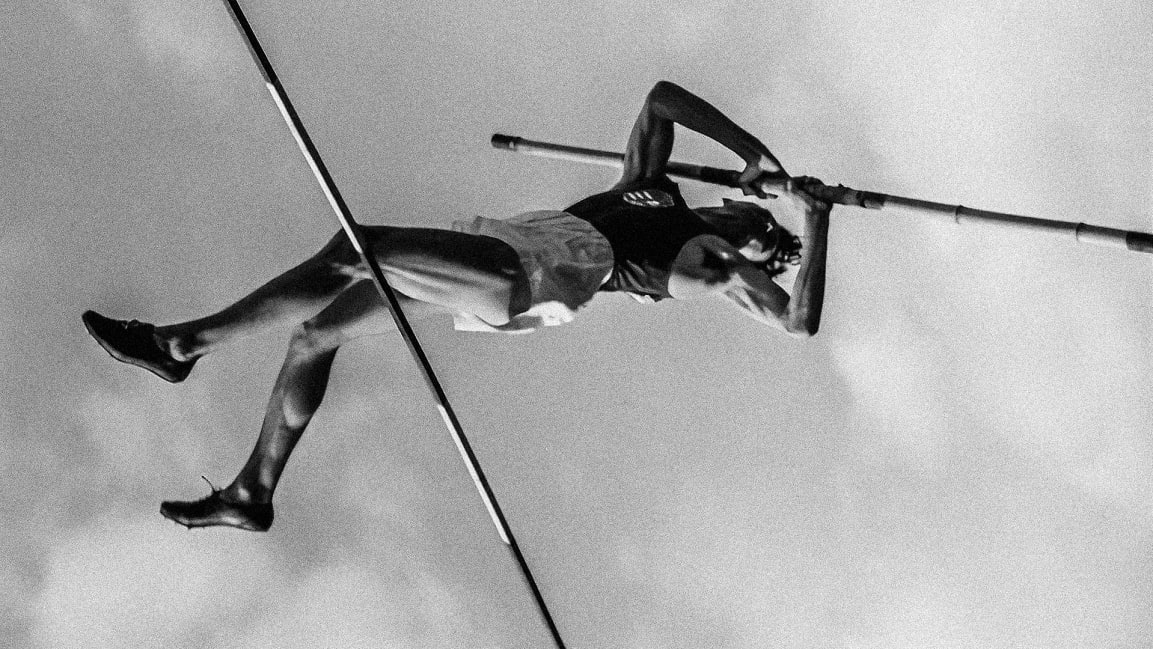