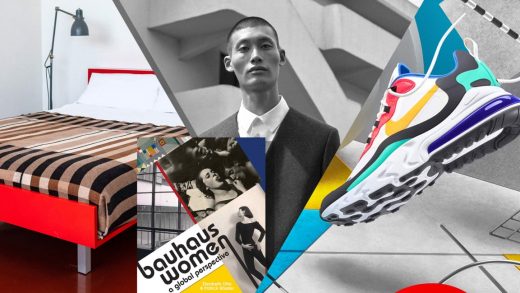 If you’re someone who cares about design history, you’re aware of the many, many celebrations surrounding the 100-year anniversary of the founding of the Bauhaus school of design. There have been dozens of festivals around the world, starting with a blowout party across cities in Germany to special exhibits at the Harvard Art Museums and the Royal Institutes of British Architects in London. These festivities underline how the Bauhaus movement continues to influence so much about design in the modern world, including much of the architecture, furniture, and products we encounter every day.

Founded in Weimar in 1919 by the German architect Walter Gropius, the Bauhaus brought together artists and designers from many disciplines to design based on a methodology where form followed function, and practicality was on par with beauty. In the years between World War I and World War II, the school produced wildly innovative design across many genres and fields, from ceramics to architecture, all emphasizing how design for mass production could put thoughtfully designed products into the hands of more people. But by 1933, the Nazi party had forced the Bauhaus to shut its doors, calling the school’s output “degenerate art.” And yet, the ideas developed at the Bauhaus lived on, influencing generations of designers around the world. Many of the school’s original students moved to other cities—like Chicago, Boston, and Tel Aviv—where they helped shape the curriculum at design schools as well as the architecture and art in those cities.

This year, the centennial of the school has been celebrated by museums, galleries, and publishers all over the world, but also by a slew of clothing and design brands that debuted Bauhaus-inspired collections or revived lost Bauhaus work in time for the anniversary. As celebrations begin to wind down, these objects serve as souvenirs of the centennial—and a more affordable way to put some Bauhaus-era design in your home.

Earlier this year, I wrote about how a London-based design studio called Wallace Sewell recreated the 1926 dormitory blankets originally designed by Gunta Stölzl, a Bauhaus student in the textile workshop. She created durable handwoven blankets from rayon, a material that was considered cutting edge at the time because it would last longer than wool or cotton.

The 100 blankets she wove have all been lost, but Wallace Sewell created a replica using archival drawings, photographs, swatches, and a copy of the blanket produced for a 1996 exhibition. The blankets have a geometrical pattern on them that lends beds an orderly look. There’s one key difference between the original and the new version, however: Wallace Sewell made these blankets from lambswool, which is a more sustainable material. The blankets are now available for sale from the MoMA store.

The New York-based handbag brand MZ Wallace aspires many Bauhaus principles: Founders Monica Zwirner and Lucy Wallace Eustice use nylon fabrics to make their practical bags for busy people as lightweight as possible. Each bag boasts plenty of pockets and can be carried in a multitude of ways. The function-first bags have become iconic thanks to the quilted nylon exterior.

To celebrate the Bauhaus centennial, MZ Wallace released a limited-edition Bauhaus-inspired version of the Metro Tote, one of its best-known designs. The brand collaborated with the foundation founded by Josef and Anni Albers, the influential Bauhaus students who eventually settled in the United States, where they became well-known artists and designers.

The tote’s exterior features a quote from Josef Albers that reads, “Good teaching is more a giving of right questions than a giving of right answers.” The quote is printed in Kombinations-Schrift, a modular lettering system designed by Albers while at the Bauhaus school. The bag comes with two pouches, one of which features a separate quote by Anni Albers that reads, “Students worry about choosing their way. I always tell them, ‘You can go anywhere from anywhere.’” MZ Wallace will donate 100% of net proceeds to the foundation’s education initiatives for young women in Senegal.

London-based fashion label COS will release a capsule collection in November called the Archive Editions, Inspired by Bauhaus. From the time COS launched in 2007, it has been grounded in functionality, durable materials, and classic silhouettes. The pieces also have an architectural flair, with a focus on clean lines and neutral palettes. With this Archive collection, COS will reissue key pieces that are particular inspired by Bauhaus architecture. There will be 13 pieces in all, six for men, six for women, and one accessory. They are united by their functionality, simplicity, and geometric forms. The garments are presented in a monochrome palette—particularly textured grays and whites—inspired by the very Bauhaus school building itself.

The collection is available in stores and online starting in November.

While the history of the Bauhaus often focuses on well-known male designers and architects, such as Walter Gropius and Marcel Breuer, women were admitted to the school and played a central role in the development of the Bauhaus movement from the start. With this gorgeous book released earlier this year, Elizabeth Otto and Patrick Rossler introduce us to 45 Bauhaus women who have often been left out of conventional scholarship on the Bauhaus. The book considers how the Bauhaus attracted female designers, artists, and architects from many parts of Europe and the rest of the world, who went on to bring the Bauhaus concepts to their countries of origin.

Even Nike is jumping to release a pair of Bauhaus sneakers, as my colleague Mark Wilson reported. The shoes are the first lifestyle version of the Air Max, and the Bauhaus inspiration is particularly evident in the bright colors and geometric shapes that radiate across the sneaker’s exterior, which Nike says “heralds the 100th anniversary of the Bauhaus’s founding by recalling the school’s formal studies of asymmetrical balance.” As Wilson points out, the Bauhaus pushed the bounds of color theory, championing graphical abstraction over representation. Who knew its groundbreaking ideas would one day end up on a sneaker? 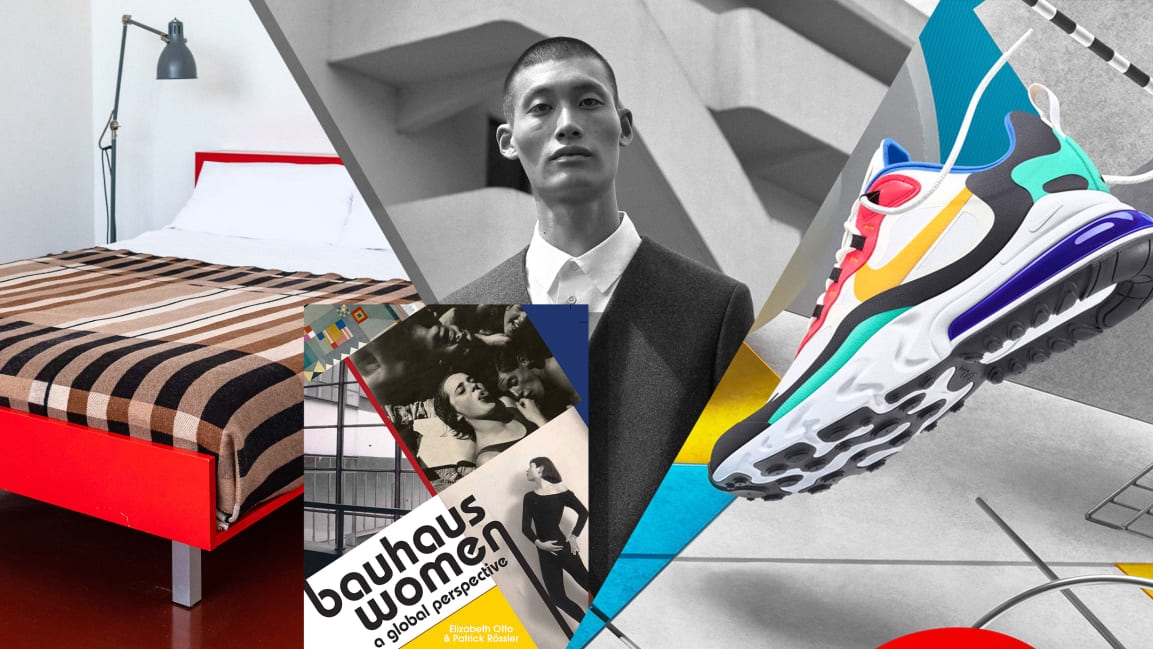