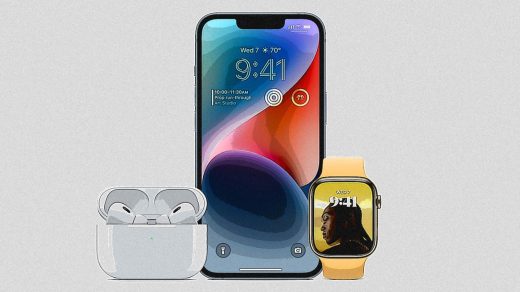 An Apple event is always a spectacle, and Wednesday’s “Far Out” launch was no exception. There were new iPhones, new watches, new Airpods—and car crashes, lots and lots of car crashes. The company laid out its latest lineup of products, which it hopes will be in high demand as the holidays draw near.

But between the introductions, there were a few themes Apple hit on to underscore the features of the new devices. Here’s a look at some of the most notable.

Women’s health is a priority

Early on, Apple dedicated a considerable amount of time to the new health features of the Series 8 Apple Watch (starting at $399), with a particular emphasis on women’s health. New temperature sensors will offer women retrospective ovulation tracking and also alert to cycle deviations, which could indicate medical disorders.

More importantly, however, the company emphasized the Watch’s privacy features, noting “your health data is yours and yours alone.” Undoubtedly anticipating fears of tracking data being used against women who choose to get abortions in the post-Roe v. Wade world, Apple said all data was encrypted on the device and only accessible via passcode or biometric ID. Even if your watch is synced to iCloud, Apple is unable to access it.

The Apple Watch Ultra is a beast, with a big screen, 36-hour battery life (60 hours in optimization mode), and a host of exclusive features (like its new action button and night mode). And the sizzle reels positioned it as everything from a dive computer to a possible saving grace for mountain climbers to a triathlete’s best friend. Apple called it “an essential tool for essentially anything.” It’s a device that, at $799, is more expensive than most smart watches, but less than high-end watches and even many dive watches.

The extreme athlete market, though, is a limited one. And Apple is acutely aware of that. It certainly made the case to that audience, but in doing so, it made the Ultra the “cool” offering, which should boost sales to people whose idea of deep-sea diving is swimming to the bottom of their pool to pick up the toy their kid dropped.

The design isn’t changing much

While there were plenty of new features detailed during the event, one thing was notable. Apple is pretty confident in its product designs. The new Airpods Pro ($249) have things like boosted noise canceling and touch controls, but the pods look exactly the same as their predecessors (and there was no update whatsoever to the regular Airpods).

And the iPhone 14 (starting at $799), while it too has plenty of new features, like the expected better camera and boosted battery life, doesn’t offer any design updates. In many ways, the 14 felt like a slight upgrade of the 13 (which isn’t a bad thing, given how well the 13 was received).

Admittedly, the 14 Pro ($999 and up) had some notable changes, like what Apple dubs the “dynamic island,” a moving notch at the top of the screen, which expands into different shapes to alert you to calls and other notifications, and a big upgrade on the camera, particularly the ability to shoot 48MP resolution RAW photos.

Although there were plenty of new features and products, Apple went a bit dark with its marketing at times. There were heart attacks, bears, plane crashes, and lots and lots of car crashes (shown to highlight the vehicular crash detection of the new watches and phones). Apple also spent a fair bit of time focusing on emergency SOS operations, both in the iPhone and the Apple Watch Ultra. (That SOS satellite system will be free for two years. Apple didn’t announce what it would charge after that.)

Obviously, these safety features are welcome additions. Having a phone or watch that can alert authorities when you’re unable to is something no one can complain about. But overall, the tone felt a bit darker than Apple’s typical upbeat pitch.

Apple’s going all in on eSIM, eliminating the SIM tray in all iPhone 14s sold in the U.S. That’s a small chip embedded in the phone. Theoretically, that makes it easier to switch networks and allows you to have more than one SIM. However, some critics have noted that eSIM actually makes it harder to switch. And if you’re worried about being tracked via your phone, you can’t remove the eSIM.

The metaverse can wait

While there was plenty of speculation that Apple might use this event to debut, or at least hint at, its virtual or mixed reality headset, it did not. We think. There was an odd teaser that appeared to be from the show Severance after the event ended, almost like a post-credits scene in a Marvel movie. It could have just been a teaser for season two or it could be something more. Either way, the lack of a definitive update leaves an open path for Meta, which will reveal its high-end VR headset on October 11.

Apple, though, has never rushed into a market. But don’t expect it to sit on the sidelines forever. 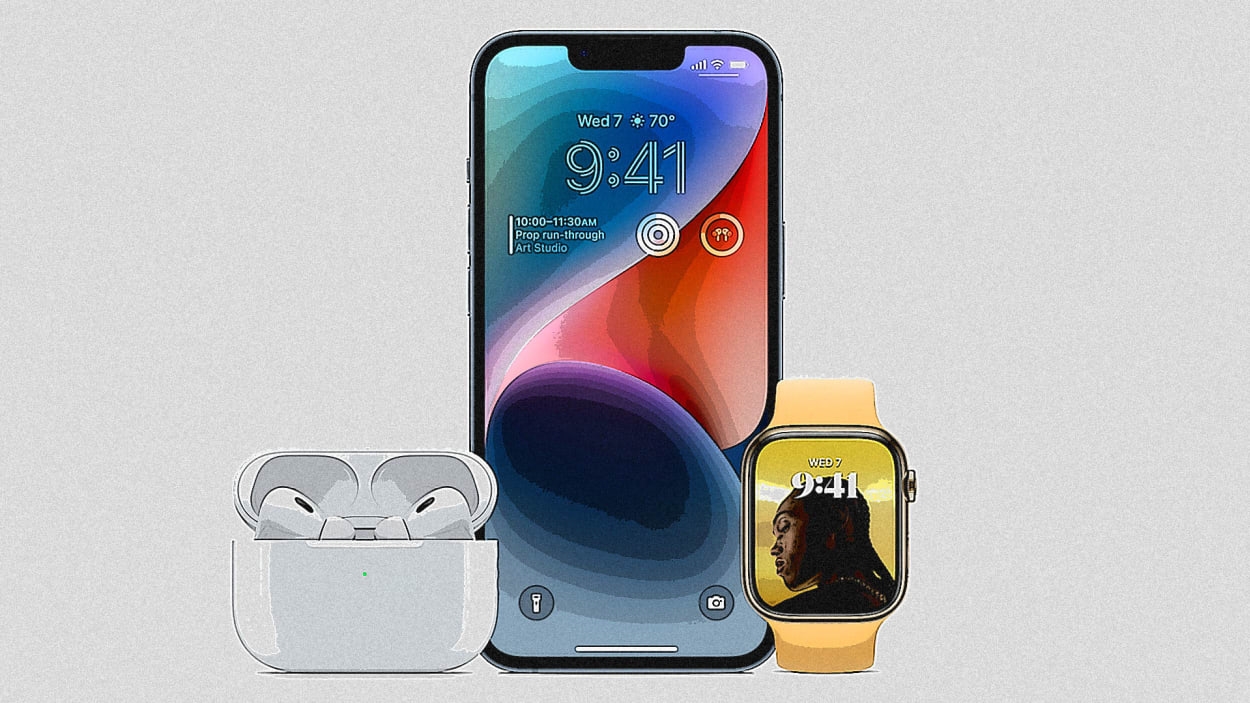