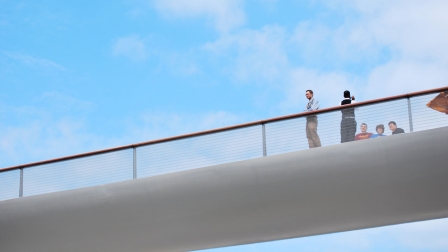 Scrolling through my social media feed, I noticed a college friend’s photograph of his son’s dormitory. My friend and I had been thick as thieves during our undergraduate years, and now his son was leaving home, and roughly the age his father was when he and I first met.

Suddenly, I was hit with a wave of regret.

We hadn’t seen each other in years, even though we live roughly an hour apart. I don’t really know his children well, and he doesn’t know mine. Over the years, when one of us reached out to the other, we were always busy with work, soccer practices, music lessons, or other commitments. “Next time for sure,” we’d say as we postponed. At one time in our lives, I thought we’d be close pals forever and our children would carry on the next generation of our friendship. It didn’t work out that way.

With a full roster of work, family, friends, and other obligations—not to mention trying to make time to stay healthy and have an occasional moment or two alone—it can be tough to fit in all the things we want and need to do. As we try to keep all of those commitments, it’s not uncommon to form habits and take shortcuts that let us fit more into the day. We may stay at our desks longer, forego vacations, or crowd out time for family and friends.

Many people let fear rule when it comes to making decisions, which is a common source of regret.

A recent survey by Allianz Life Insurance Company of North America found that roughly one-third (32%) of Americans regret major choices in their lives.

But what kind of consequences do those decisions have in the long run? Possibly big ones, experts say. Here are some key things you may be doing now that you’ll likely regret in a decade or more.

Giving Up On Romantic Relationships

Many people have relationship regrets, whether they’re related to friends or romantic partners, says Gail Saltz, MD, an associate professor of psychiatry at the New York Presbyterian Hospital Weill-Cornell School of Medicine. The relationship road not taken is a big source of regret among people she sees. Career-focused romantic partners may find themselves either living in different areas or faced with one partner making a sacrifice to be with the other.

“Given the day and age we’re living in now, many, many people feel they shouldn’t have to do that for someone else, and so they don’t,” she says. Later, they may have the great career, but regret that they didn’t try harder to make the relationship work, she says.

While lost friendships are often considered unimportant compared to romantic partners, their loss can be just as painful and regrettable, says Neal Roese, PhD, a professor of marketing at the Kellogg School of Management at Northwestern University, and author of If Only: How to Turn Regret Into Opportunity.

When you put in too many hours at work and let those friendships drift away, you’re setting yourself up for regret. Roese has coauthored several studies on regrets and their causes and says that not making time to maintain friendships is a big one, especially because it can be harder to make new deep friendships later in life. This is especially true at work, where friendships with colleagues can boost both happiness and productivity.

It’s easy to end up sitting at your desk all day or blow off working out because you’re tired when you get home. However, failing to make time for regular exercise can affect everything from your overall health to your creativity. As we get older, establishing a regular exercise habit is even more important.

A March 2016 study in the online issue of Neurology found that regular exercise can slow brain aging by as much as 10 years. Saltz says that many people know better, but don’t heed the potential consequences of their actions when they’re younger. “It’s a firmly rooted early belief that I’m invincible, or I’ll be young forever, or these issues of later just don’t pertain to me,” she says.

Putting Off A Health History

Similarly, Saltz says compiling a routine health history—including check-ups and routine testing such as blood pressure, cholesterol, and others—is important in the long run. If you’re not compiling a health history and, when possible, sharing health concerns and history with a medical professional, you risk missing important warning signs. Many treatments are time-limited, and early detection can make a big difference in outcomes, she says.

Living in a chronic state of being overscheduled and under a variety of pressures can lead to a number of stress-related behaviors and problems, says stress expert Mary Wingo, PhD, author of The Human Stress Response: The Biological Origins and Responses to Human Stress.

There’s even evidence that prolonged stress can predispose people to mental illness. Wingo says it’s important to find ways to mitigate that stress before it causes damage.

“Sit down—by yourself, with a therapist, self-help group, etc.—and list every single stressor,” Wingo advises. Then make a conscious effort, the way you would if you were going on a diet or quitting smoking, to eliminate what stressors you can, she says. Adopt stress-relieving habits like meditation, exercise, and other practices that are helpful to relieve stress.

Whether it’s fear of not making enough money, disapproval from others, or other concerns, many people let fear rule when it comes to making decisions, which is a common source of regret, says Hal Shorey, PhD, associate professor in the Institute for Graduate Clinical Psychology at Widener University.

Instead of taking healthy risks and following their passions or intuition, some people worry that they won’t meet certain standards they, or others, have for themselves and instead make choices that aren’t really right for them. Such fear-based decision making can also lead to ethical issues, which Shorey has seen with his students:

My first management job, and this happens with a lot of my grads, they’re making good money for the first time in their lives, and they think to themselves, “Oh my goodness, I’ve arrived.” Then they’ll be asked to do things professionally that they may think are unethical, or they might be asked to do things professionally that go against their own knowledge of leadership and the right way to do things. Because they’re too concerned about losing the job, they go along with it and conform.

Of course, it’s not possible to map out a strategy for a regret-free life, and some regrets are bigger than others. However, Roese says that paying attention to the areas where research shows us most people have regrets can help us be more mindful about our choices.

Looking for ways to “have your cake and eat it, too” can help. Nurture friendships at work. Make time for important people in your life. Take care of your health. Being aware of your own values system and what matters to you can also help you make more regret-free decisions, he says.

Some regrets we just get over. We rationalize or explain them away. But other things linger. I think that the key question that a lot of people like to talk about these days is, let’s say you’ve reached the end of your life, or maybe you’re on your deathbed. What are your deathbed regrets? If you look at these, there might be a recipe for how better to live your life.