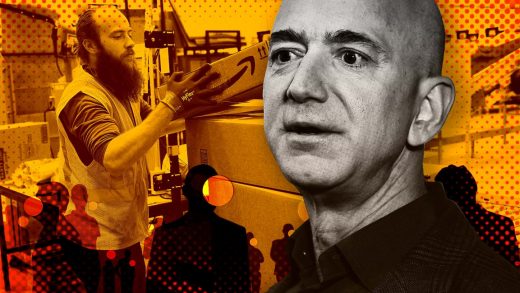 Those pee-bottle stories were just a whiff of how Amazon workers are treated.

A blockbuster New York Times exposé, published on Tuesday morning, delves deep into many of the persistent problems plaguing Amazon’s workers, on multiple fronts, with a focus on how those problems reached a fever pitch during the pandemic.

To report the story, journalists Jodi Kantor, Karen Weise, and Grace Ashford interviewed 200 current and former employees in a wide range of positions—though Amazon declined interviews with many of its most senior executives, including the head of human resources and CEO Jeff Bezos. The reporters also sifted through a miles-long trail of corporate documents, legal filings, government records, and online posts from Amazon employees. Though the story concerns Amazon’s practices as a whole, its central location is JFK8, the sole Amazon fulfillment center in New York City, with a warehouse the size of 15 football fields.

While the company itself thrived during the pandemic, earning profits equivalent to the three previous years in 2020 alone, many of Amazon’s roughly 1 million wage earners did not fare nearly so well. In many cases, their pandemic plight was created by systems and practices already set in place.

Although the entire report is well worth reading, here are nine eye-popping highlights:

Amazon’s model for managing people, which relies on metrics, apps, algorithms, and chatbots, was “uneven and strained” prior to the pandemic, with no easy-to-conjure advocates to assist in disputes. During the onset of COVID-19, however, this system “burned through workers, resulted in inadvertent firings and stalled benefits, and impeded communication.”
Although the company eventually spent billions on COVID-19 safety measures, many employees at one point or another still had to choose between their safety and their paycheck. For instance, at the beginning of the pandemic, Amazon told workers to take as much unpaid time off as they needed but soon initiated mandatory overtime.
After an early wave of absences disrupted shipping, Amazon was unclear about how the virus might affect employees’ personal safety on the job. “The company did not tell workers at JFK8 or other warehouses the number of cases, causing them to worry whether notifications about ‘individuals’ testing positive meant two or 22.” The New York warehouse had at least 700 confirmed cases of COVID-19 between March 2020 and March 2021.
To entice workers back in the spring of 2020, after shipping times began to lapse, Amazon offered a temporary $2-an-hour raise, double pay for overtime, and unlimited unpaid time off. By mid-April, with competitors gaining market share, the company seemed desperate to get employees back to its warehouses. In late April, Amazon informed workers that unlimited unpaid time off would not continue into May, and soon announced an end to the $2-an-hour raise and double overtime pay.
Although Amazon has crowed about its huge job-creation numbers—350,000 new workers from July to October 2020 alone—the automated hiring process led to heavy churn. “Even before the pandemic, previously unreported data shows, Amazon lost about 3 percent of its hourly associates each week, meaning the turnover among its workforce was roughly 150 percent a year.” This rate is almost double what’s typical in the retail and logistics industries.
Amazon’s issues with race may have hit a boiling point with the Alabama unionization drive led by Black workers earlier this year. Those issues have been at play for a long time, however, as the New York Times report details. “More than 60 percent of associates at JFK8, according to internal Amazon records from 2019, are Black. Management, the documents show, was more than 70 percent white or Asian. Black associates at JFK8 were almost 50 percent more likely to be fired—whether for productivity, misconduct, or not showing up for work—than their white peers.”
If any hourly workers at Amazon felt as though they had no chance of rising up within the company, the report makes clear that it wasn’t just their imagination. “Amazon intentionally limited upward mobility for hourly workers, said Mr. Niekerk, the former H.R. vice president who retired in 2016 after nearly 17 years at the company. By contrast, more than 75 percent of managers in Walmart’s U.S. stores started as hourly employees. Following a pattern across Amazon, JFK8 promoted 220 people last year among its more than 5,000 employees, a rate that is less than half of Walmart’s.”
The infamous pee bottles are a result of Amazon’s reliance on intense, rigid productivity metrics. Workers are monitored for their Rate, which is how fast they get the job done, and their T.O.T., or Time Off Task, which includes, yes, bathroom breaks. The NYT report at one point illustrates some of the many hazards of these metrics with the story of an otherwise stellar employee, Dayana Santos, who was fired after one bad productivity day due to circumstances beyond her control. “After repeated inquiries from the Times about the Time Off Task policy and Dayana Santos, the JFK worker who challenged her termination, Amazon this month announced an immediate change: No longer could someone be fired for one bad day. All those who had been were now eligible for rehiring. The company said it had been reconsidering the policy for months.”
In the middle of 2020’s pandemic summer, workers at JFK8 were informed that “productivity feedback” would be suspended during the pandemic. By late September, though, the reprieve on monitoring Rate was said to be coming to an end, in advance of what anyone could have predicted would be a uniquely busy holiday season.

Taken together, all of the problems in the NYT report reveal a corporate culture that openly appeared to value maximum profits over employee safety and quality of life. In Bezos’s final letter to shareholders as CEO, released last April, he asserted that he wants Amazon to become the “Earth’s Best Employer and Earth’s Safest Place to Work.” But any system that makes fulfillment as fluid as Amazon—especially one that grew as rapidly as Amazon did—seems fundamentally incompatible with one that treats workers humanely, let alone well. If that wasn’t abundantly clear years ago, the pandemic may have removed all doubt. 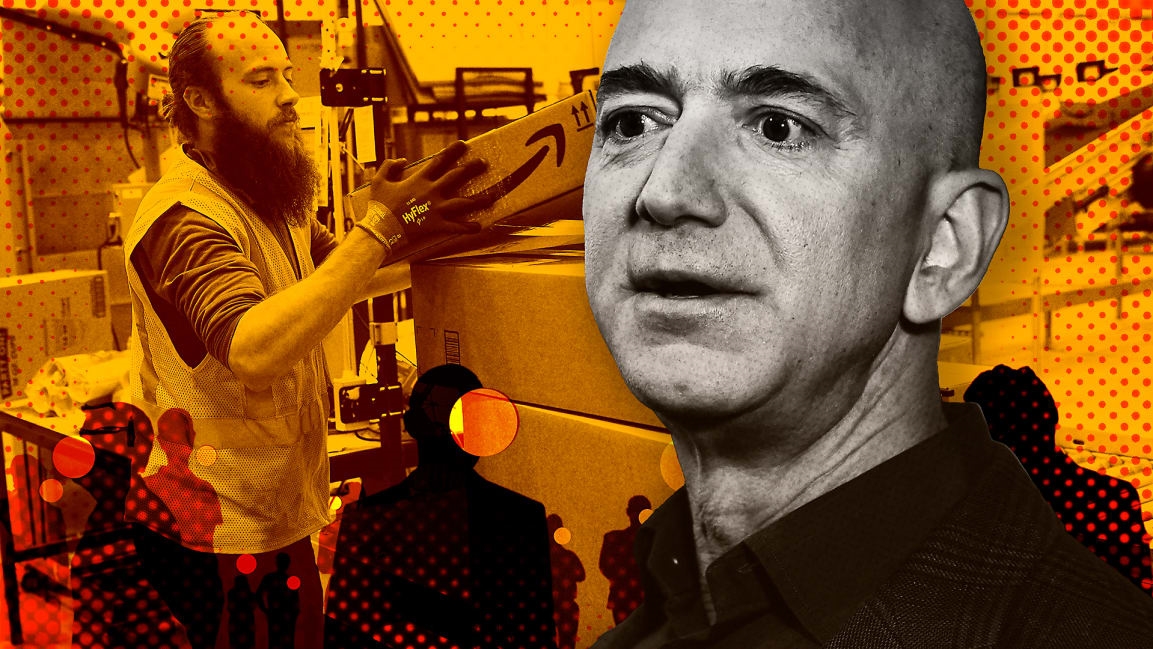