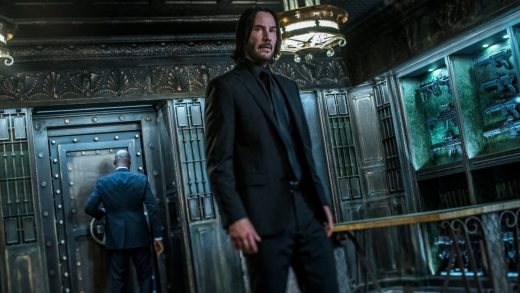 In action, though–propulsive, balletic, genre-revitalizing action–there’s way more to it than that. The Wick franchise exists in a heightened version of the modern world, utterly riddled with hitmen, complete with their own rapidly ballooning mythology and a deep bench of memorable characters, some of whom remain at large. We’re far beyond the novelty of canine-motivated vengeance at this point.

The series may not have started out with longevity in mind, but something happened in between the first two films. The original proved to be a respectable hit with an influential style of kinetic, close-up gunfights, and deep cultural saturation. By the time the second entry rolled around three years later, it was clear that the filmmakers were ready to go the distance. John Wick: Chapter 2, which came out in 2017, begins immediately after the events of its predecessor, and ends by spinning the story off in an entirely new direction. Now that John Wick: Chapter 3 — Parabellum is upon us, it’s a perfect time for novices to get up to speed on the world of Wick.

Here are the five things you need to know for jumping in on Chapter 3.

Who and what is a Baba Yaga?

According to Russian legend, Baba Yaga is the boogeyman. It’s also what Russian mobsters in the series have nicknamed John Wick. According to one of them who does not survive the first film, Wick isn’t actually the boogeyman; “He’s the one you sent to kill the fucking boogeyman.” Wick’s lethality cannot be over-emphasized. He was famously rumored to have once killed three men with a pencil–“a pencil!”–until we saw him use this same deadly apparatus for two kills in the second film.

Practically every single person we meet or even glimpse in the first two movies is moved to ask this very question. So here’s the deal. Wick ceased being Baba Yaga in order to devote time to his wife (Bridget Moynahan), who was ailing from some unnamed disease. In order to earn his way out of the surprisingly popular hitman lifestyle, Wick had to complete a vaguely described “impossible task,” whose results built the foundation for the Tarasov crime family’s financial future. Once Wick was out, he only had a short time to enjoy the straight-and-narrow life before his wife succumbed to her illness. Her final gesture was leaving behind an adorable puppy to keep Wick company. No sooner do man and dog become constant companions than John Wick has a fateful run-in with Iosef Tarasov (Alfie Allen), who wants to buy Wick’s sweet ’69 Mustang. Wick refuses. Because Tarasov the Younger has no idea who he’s dealing with, he ransacks Wick’s home in the middle of the night, stealing the Mustang and murdering Wick’s puppy. Viggo Tarasov (Michael Nyqvist), head of the Russian crime syndicate, chides his son for invoking Wick’s ire, which ends up being even more brutal than one might imagine. Though Wick has to kill dozens of henchmen to exact his revenge, he is not exactly out of retirement yet.

This is why everyone is confused and constantly seeking clarification on the matter. One such confused party is Santino D’Antonio (Riccardo Scamarcio), who shows up in Chapter 2 seeking Wick’s assistance. As we then find out, Santino had aided Wick in the “impossible task” that earned him his initial retirement. Now that Wick has ventured back into the underworld again, Santino serves him a “marker”—a tea saucer-size silver locket that represents a blood oath IOU. Santino wants Wick to un-retire and complete another seemingly impossible task. It takes some rather unpleasant convincing, but Wick reluctantly complies. He is, indeed, back. After Wick completes his mission, though, Santino double-crosses him and puts a $7M bounty on his head. Suddenly, Wick is engaged in a deadly game of whack-a-mole, trying to shoot down the emerging army of hitmen that occupy every inch of New York City. Of course, when they’re not trying to kill John Wick, most of the hitmen (and -women) of New York tend to hang out at The Continental.

What is The Continental?

The Continental is a 5-star hotel just for hitmen and something of an administrative body for the greater hitman ecosystem. If you need a sommelier of guns, a doctor who treats mortal-seeming stab wounds, or a tailor who makes bulletproof suits, just find The Continental branch in any major city worldwide and they’ll set you up. There are only two rules, though, and these are strictly enforced: No blood on Continental grounds, and a marker can’t be refused. (Guess whether John Wick ultimately breaks either of these rules.)

The Continental will serve as the jumping-off point for an upcoming TV series on Starz that further terraforms the John Wick universe.

Who else is still alive after the first two chapters?

Aurelio (John Leguizamo): John Wick’s friend, who is caught up in the hitman world and also works at a chop shop.
Winston (Ian McShane): The proprietor of The Continental.
Charon (Lance Reddick): The manager of The Continental who spent most of Chapter 2 off-screen, taking care of…

Nameless: The new dog John Wick procured at the end of the first film, an American Bully.
Jimmy (Thomas Sadoski): The cop who always shows up whenever something bad happens at John Wick’s house.
Cassian (Common): This one’s a maybe. John Wick memorably left a knife embedded in this fellow hitman’s aorta, but we never quite saw him die.
Abram Tarasov (Peter Stormare): Viggo Tarasov’s brother and Iosef Tarasov’s uncle, Abram showed up in Chapter 2 long enough to agree to a truce with John Wick and disappear.
Bowery King (Laurence Fishburne): An all-seeing, all-knowing criminal entity who did John Wick a favor in Chapter 2. He has spies dressed like homeless people all throughout New York, and he uses homing pigeons for some reason.

Where did we last leave John Wick?

After breaking The Continental’s no-blood rule by killing Santino on the hotel’s grounds near the end of Chapter 2, John Wick is “excommunicado” in the hitman universe. Because of their history, Winston has left Wick with a marker he can use to possibly get help and an hour-long head start before every hitman available tries to put holes in him. “Whoever comes, whoever it is,” Wick promises Winston, “I’ll kill them. I’ll kill them all.” Chapter 2 ends with John Wick limping quickly through the city with adversaries everywhere. Any of the survivors mentioned above are just as likely to help him as they are to go after him (and very possibly die trying). 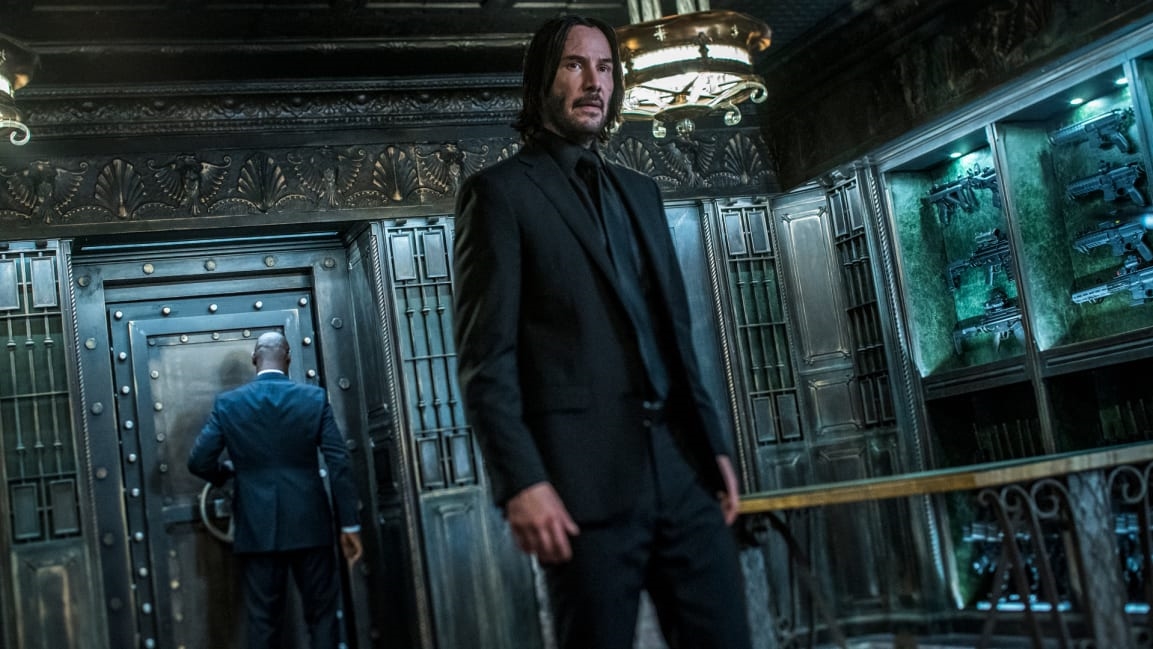