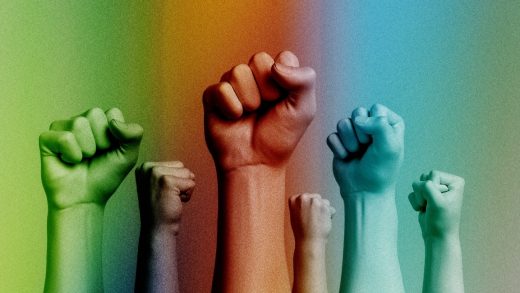 February 22, 2021
Advocacy is the process where someone with privilege and power is willing to take steps to protect, publicly support, and dismantle systems against a marginalized group of people. In order to be an advocate, you have to be willing to do additional work beyond getting familiar with the nuances of marginalized groups and developing empathy for them. It is about taking action to change how others experience the world. Similar to allyship, advocacy is not a title—it is a verb. There are actions that you have to take to be considered an advocate.

Sometimes people mistakenly believe allyship is less important than advocacy. That is not true. Both roles are necessary. A simple way to distinguish between the two is to recognize that allyship is focused on the individual and their unique experiences and perspectives. Advocacy is focused on the systems. In order to be an advocate, you have to protect people from harm, you have to publicly support people having access and being heard, and you have to be willing to dismantle systems that may serve you but are not equitable for others.

To be an advocate, you must be willing to do all of the things we discussed under allyship but add one additional step: Take personal risk. It is the willingness to take personal risk that sometimes leads those in activism circles to use “accomplice” rather than “advocate.” Advocate or accomplice behavior means being willing to take risks to push for equitable treatment.

An advocate shows solidarity. “Solidarity” means showing support with your actions. It is one thing to agree with someone; it is much more impactful to agree with someone and accompany them in the process of protecting, advocating, or dismantling. People who show solidarity are unafraid of being seen expressing their support and are willing to openly challenge the status quo. Solidarity can be as simple as asking tough questions or as audacious as participating in a protest, strike, or walkout. Being in solidarity means “I am so committed to your cause, I will stand with you although I may not be personally affected.”

Taking personal risk also requires you to use your power and privilege to make others feel seen and safe. I have a very close friend who is a transwoman. I work to be an ally to all women and am especially passionate about safety for transwomen who are Black. I know that Black transwomen are being harassed and even murdered, so I pay attention to my friend while we are out. When she leaves the group to go to the bar, I am watching. If she leaves the group to go to the restroom, I usually go to the restroom too. I don’t ask her if she wants me to go with her. I don’t tell her to let me know when she is going to the restroom or bar or anything. I want her to feel agency in the decisions she makes, and she doesn’t need my permission to live her life. In fact, I don’t even know if she notices that I go to the restroom at the same time she does. Her knowing really isn’t the point. As an advocate for transwomen, I see it as my responsibility to make sure she feels safe. I have heard horror stories of transwomen being confronted and even attacked in restrooms. So, I go. If something happens, I will be there to intervene. So far, thankfully, our trips to the restroom have been uneventful.

Remember, advocating for someone means openly supporting or calling attention to a perspective or cause. When you are serving as an advocate, it is more than just ensuring that people are considered and invited to participate. Advocating for others in the role of an advocate willing to take personal risk means you will create space and opportunity for others to feel safe, seen, and heard. It is the difference between saying “Hey, I notice we need some different perspective” and “I have the mic, but I would like to invite someone else up to speak instead of me.” Advocating in the role of an advocate means creating opportunities for underrepresented people to speak for themselves about their challenges. It means advocating for changes that will help remove obstacles and systems that are not equitable.

Advocates fight against systemic and systematic oppression by dismantling systems that perpetuate discriminatory and inequitable practices, even when those practices benefit them. The many protests against social and racial injustice are an example of fighting against systemic and systematic oppression. An advocate may attend and participate in protests or contribute to organizations that support protests.

Advocates also look at the practices of their employers and publicly ask for changes that make the process equitable. Advocates encourage their employers to offer health benefits to spouses of employees, regardless of their gender. These actions are about addressing the systems that perpetuate discrimination, which is what makes them advocacy behaviors and not just allyship.

The last tactic of an advocate is to operate with bravery. “Bravery” means committing to protect, advocate for, or dismantle systems even when you are uncomfortable. Being willing to take personal risk requires bravery. Acts of bravery as an advocate can show up in a number of ways. In the workplace, it means being willing to go to bat to ensure talent on your team gets the promotions or resources they need and deserve. In your home, it means being willing to push back against antiquated or discriminatory ideas in your family and with your friend groups. In the world, it might mean joining the layer of white people who physically place themselves between police and Black protestors. Acts of bravery mean being willing to be courageous and endure danger to protect, advocate for, and dismantle dysfunctional systems.

How to avoid the pitfalls of performative allyship and advocacy

Performative allyship and advocacy are when someone with power and privilege professes to support and solidarity with a marginalized group publicly in a way that isn’t helpful, is not backed up with meaningful actions, or actively harms that group. One way to determine if allyship or advocacy is performative is to see whether there is some sort of “reward” involved. The reward might be accolades for a job well done, or lots of visibility, or likes on social media.

Performative actions are dangerous because they give the appearance of improvement—we have a committee, a newsletter, a few more brown faces on our social media posts, for example—but there is no real impact. True allyship and advocacy take a lot of self-work. The work is not neat and easy to capture. It is brave, it speaks up, it asks tough questions, and it can be noisy.

One way you can stay out of performative allyship is to ask yourself three questions:

What impact will my action have?
Am I able to see, own, and explain my personal responsibility in this system?
Is my action about me feeling good or being seen as good?

If it is a social media post, what impact will that action make? Is it about likes and being seen as doing or being good? If the action is you deciding to stop supporting an establishment that has discriminated against disabled patrons, what impact are you having? Can you see your own complicity in oppressive systems? It is important to realize that allies and advocates understand they are complicit and can explain why and make decisions to behave differently as a result of their complicity.

I’ve included a list of the tips we have covered for being an ally and an advocate. I recommend picking a few of these to practice for a while so you can start to develop habits around the behaviors. By doing so, they will become a part of who you are. Take a look at the list and pick two that you want to focus on. It’s helpful to let those around you know that you are working on them so they can support and share their observations on how you are doing.

Expect to be uncomfortable

Practice identifying for yourself feelings that bubble up.
Remind yourself that change can cause discomfort.
Manage your emotions.
Make space for imperfection.
Build meaningful, trusting relationships.
Practice using candor.
See vulnerability as a strength.
Recognize that everyone is on a different part of the journey.

Invite feedback.
Consider “If this were true, how would I respond?”
Be appreciative of feedback.
Avoid being reactive.
Be prepared to apologize.
Do not rely on anyone as a spokesperson.

Speak up and give feedback

When you see something out of line, say something.
Ask for permission.
Advocate for those not in the room.
Use your power/privilege.

Be an attentive listener

Pay attention to verbal and nonverbal messages.
Create safe spaces for discussion.
Listen to understand, not respond.
Be mindful of redirection.
Be as confident listening as you are sharing; avoid debates.

Check in and reach out.
Allow space for emotion.
Commit to improvement and act.
Expect resistance/skepticism.

Show solidarity.
Use your power/privilege to make others feel seen and safe.
Advocate for others.
Fight against systemic and systematic oppression.
Operate with bravery.

Amber Cabral is the author of Allies and Advocates and a diversity and inclusion consultant to major retailers and the Fortune 500 at her company Cabral Co.

Excerpted with permission of the publisher, Wiley, from Allies and Advocates by Amber Cabral. Copyright © 2021 by Cabral Consulting, LLC. All rights reserved. This book is available wherever books and e-books are sold. 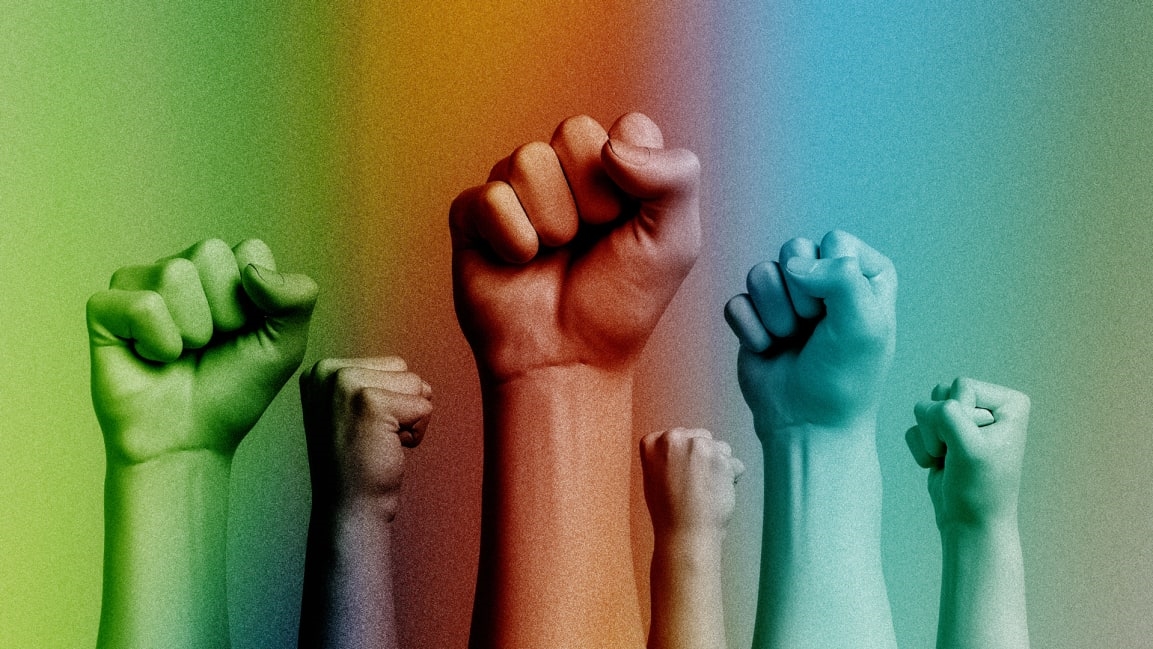