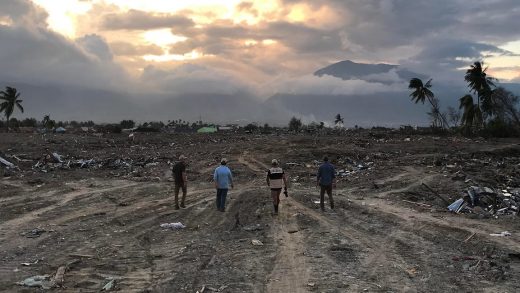 Inside a small, rectangular room at the University of Washington is a series of shelves filled with more than 300 high-tech tools. There’s a collection of drones, cameras, and tablets, and even a mobile EEG kit, able to measure a brain’s electrical activity and detect stress levels in disaster victims. Each one has been meticulously organized, labeled, and packed away in a protective case, ready to be sent hundreds or even thousands of miles to the next natural disaster.

This is one of the three rooms that make up the RAPID Facility in Seattle, a first-of-its-kind center pushing the boundaries on natural disaster research, along with the world’s ability to mitigate the potentially catastrophic effects of these hazards.

At a time when extreme weather, such as hurricanes and wildfires, is having a major impact on our daily lives, gaining this type of information is becoming especially vital, says Joseph Wartman, director of the RAPID Facility and geologic hazards professor at the University of Washington. In 2018, these types of hazards resulted in 247 deaths and almost $100 billion in damage in the U.S. Globally, natural hazards resulted in $330 billion in global losses in 2017, up from $200 billion in 2014. Wartman said there does appear to be a trend toward more frequent weather-related disasters, as well as an uptick in their intensity, so it’s very important to understand these hazards better.

Launched in September through a National Science Foundation grant, the center–officially called the Natural Hazards Reconnaissance Experimental Facility–acts as a type of natural disaster research hub. Entities across the world reach out when hazards strike (occasionally right before, if there’s any type of warning), and the small team ships them equipment to use temporarily, travels out to the site to operate the tools themselves, or actually collects and processes the data for them.

The facility has already been instrumental in research following hurricanes Michael and Florence, earthquakes in Japan and Indonesia, and large landslides in Alaska and Oregon. In each case, the team of about a dozen researchers has facilitated the collection of huge swaths of data of the disaster zone during the crucial period before serious clean-up begins. They then organize this evidence into comprehensive tables or transform it into point clouds, 3D visualizations of a scene made up of a large number of individual points, or even Google-type streetview images.

But no matter how they process this data, they make a point of always sharing it online.

“Whatever we collect goes up to a public repository very quickly, and then researchers from around the world can use that,” said Wartman. “Let people not only use it, but let them dream up new uses for this data. It’s a public asset after we use it.”

Along the first grouping of boxes inside the center, Jake Dafni, the facility’s operations manager and only full-time employee, pulled out a large black box, revealing a street view camera. The small, white device is equipped with six cameras facing in all directions and can be hooked on the top of a car to capture images while driving.

When Hurricane Florence hit North Carolina last September, Dafni and a small team used the camera to assess the wind damage to residential areas. In three days, he said, one of the researchers was able to drive through 12 neighborhoods and capture images every few meters. They then used software to tie all of those images together, creating a type of extremely detailed Google street view of the damage.

“They could take this imagery and zoom in and see, okay, did the roof tiles come off, did the roof peel back at all, are the windows cracked and damaged?” says Dafni. “All of that is captured in a very short amount of time in the field, and then they can spend as much time as they want later on actually looking at the data.”

In the facility’s adjoining room, Dafni switched on a laser-scanning device known as the Maptek I-Site XR3. He used it to collect location data inside of a marina that had been damaged in Florida following Hurricane Michael. Wherever the device was placed, it rapidly sent out laser pulses to measure the distance between it and everything around it. The result was a detailed 3D image of the marina and thus all of the damage it had endured.

Next to the laser-scanning device was a large black drone, equipped with a high-definition camera. Wartman explained that he used it in November in Indonesia after the Sulawesi Earthquake in order to collect aerial photos of the scene. He flew the drone 180 feet above the area and collected high-resolution images every 15 to 30 feet. After six hours, he had about 1,000 photos and was able to stitch together a digital scene consisting of several square miles of damaged properties.

This is the type of information the facility, a partnership between the University of Washington, Oregon State University, Virginia Tech, and the University of Florida, has been focused on–perishable data. Teams of researchers work to take measurements and capture images of destroyed homes or muddied hillsides or anything else that would likely disappear within a few weeks or even days as rescue and recovery efforts unfold. (Their inventory even includes a boat: The remote-control Z-boat uses cameras and echo sounders for underwater damage assessment.) The facility is also working to bring social science into their research by measuring how these hazards impact communities and individual people.

With this type of data and sharing, the entire scientific community has already started to gain extremely precise information about what actually takes place when these hazards strike. That can be very helpful when it comes to reworking or building new predictive models that help anticipate the type of damage and effects on communities resulting from each natural disaster.

“What we’re trying to do is anticipate and ultimately be able to better forecast hazards, because if we can do that then we can begin to understand where our weak points are and take measures to reduce the risk and increase resilience,” said Wartman.

He offers the example of the RAPID team’s examination of the marina and other large buildings after Hurricane Michael. The team discovered that these types of large, metal buildings weren’t necessarily destroyed by the heavy winds, but by “this accordion effect of these buildings vibrating, and those vibrations are almost similar to having an earthquake that will collapse the building,” said Wartman. That information can then be useful for retrofitting these buildings to prevent these types of collapses.

The facility is expected to continue to help boost natural disaster research for at least a few more years. It’s running on a five-year contract from the National Science Foundation, along with about $5 million in funding from the agency.

But Wartman said their goal is in no way to make this facility a permanent fixture in the research community. In fact, in some sense it’s just the opposite.

“If all goes well, we’ll put ourselves out of business,” he said. “If we can get to the point that we’ve made so much progress that this becomes a secondary concern among the other kinds of challenges and issues facing society, that will be a measure of our success.”

Hallie Golden is a freelance journalist based in Seattle. Her work has appeared in the Economist, the New York Times, and the Associated Press. 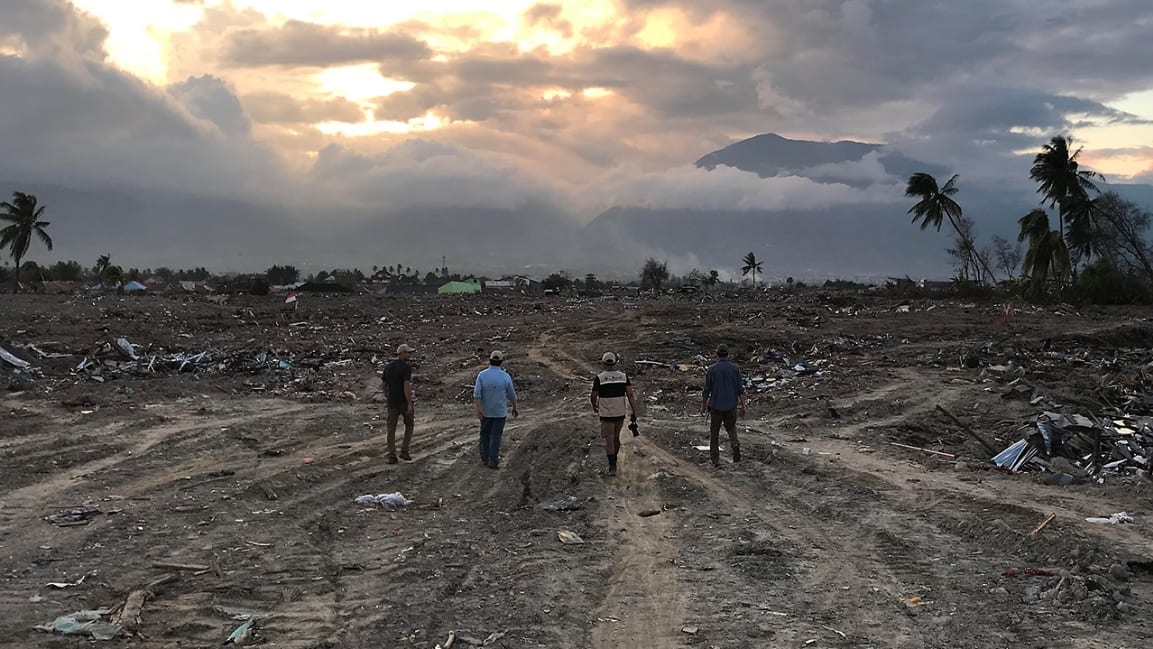