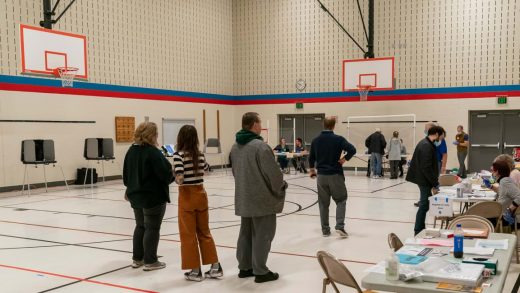 In 2016, Scott Duncombe, a developer in San Francisco, created a website through which generous citizens could pay for pizza delivery to hungry voters patiently waiting in line at polling places. As he gauged the interest for Pizza to the Polls this year, people told him that as much as voters needed pizza, there was also a critical shortage of poll workers at those sites to eat the pizza. Duncombe pivoted to launch Power the Polls, which in July started recruiting “the next generation of poll workers.”

That’s according to Courtney Cardin, Power the Polls’ director of nonprofit partnerships, who chooses those words deliberately to stress the younger age of many of the new enlistees, which has been necessary to make up for the significant reduction in older poll workers for this year’s election. The organization “blew right past” its goal of 250,000 recruits by September 1, and has now pulled in more than 450,000. The majority of sign-ups are by 18- to 35-year-olds.

Part of that haul is thanks to more than 200 corporate and nonprofit partners. One of the latest is a partnership with two groups on opposite sides of the age spectrum: AARP and the Association of Young Americans (AYA), which have joined forces to recruit new people. Both groups are using their platforms to spread awareness to their membership bases via social media and content campaigns, and to send people directly to Power the Polls. “There is a need for us to sound the alarm,” says John Hishta, AARP’s senior vice president of campaigns, “and that’s why we’re working intergenerationally with these other folks.”

In typical years, 27% of poll workers are 70 or older, and 61% are 60 or older. But COVID-19 has driven many older people, who are at a higher infection risk, to decline to participate like usual. Ninety-five percent of regular poll workers in Anchorage, Alaska, for instance, decided they couldn’t help this year. In July, a Maryland official said the state had only 32% of the 40,000 poll workers needed. “I think this is one of the untold stories of the whole electoral process,” Hishta says.

The shortage of poll workers could also impact voter turnout. During the primaries, Milwaukee consolidated its 180 polling places to five, and Wisconsin’s governor asked the state’s National Guard to perform some poll work. In Nevada, there were reports of seven-hour waits (the last voter cast their ballot at 3 a.m.). States are now begging for more workers. “At this point, if you call and say you’re interested in working, we’re hiring you, as long as you meet the requirements,” an elections administrator in Hidalgo County, Texas, told The Texas Tribune.

And in a year when more people want to take advantage of early voting, the lack of poll workers can gum up that process as well. “We’ve already seen the consequences,” says Ben Brown, founder and CEO of the AYA. “Poll worker shortages lead to reduced polling locations, long lines, confusion, and ultimately, voter disenfranchisement.” Early voting sites in Fairfax County, Virginia, have already seen long lines—but Hishta says Election Day, when most people are still expected to vote, will be the real crunch, and a turnover of poll workers will be needed throughout the day and night, especially in places like New York City, where polls close at 9 p.m.

“You can’t expect people to man them for 14 straight hours,” he says. “You need shifts.” While their essential, behind-the-scenes work—and pay—varies from state to state, poll workers are responsible for: setting up voting booths, signs and supplies; greeting voters and checking their names off voter rolls; assisting those who need help; monitoring equipment; clearing up and transferring ballots to local election officials; and in some states, tallying and reporting results. This year, they’ll also need to enforce social distancing and continually sanitize equipment.

Power the Polls is working with election officials to ensure they employ safety measures that align with public health recommendations for personal protective equipment and social distancing. “We’re encouraging only people who are at lower risk, or feel comfortable serving in the midst of a pandemic,” Cardin says. In most cases, that means young people, and in some states, that includes outreach to those who are younger than 18. For instance, Indiana, one of only five states that’s not permitting COVID-19 as an excuse to vote by mail, will expect flooded polls on Election Day, and allows 16- and 17-year olds to register for poll work.

The group has partnered with several corporations, including Starbucks, Microsoft, and Patagonia, to encourage their employees to sign up. Clothing companies Old Navy and Tory Burch have agreed to give employees paid time off to work at the polls on Election Day; Levi’s is donating masks for poll workers. Another partner, the NBA, which has set up various arenas as socially distant “giant polling locations,” plans to have notable players working, Cardin says, and recently started running a recruitment ad during the playoffs.

Despite the dire causes that have led to the emergency recruitment, the organizations agree it’s healthy for more young people to get involved in civic duty, and a boon for representation. “I think it’s really important to be able to walk into a polling location and see people working on behalf of democracy that look like you,” Brown says.

No fear for pie fiends—Pizza to the Polls will still be running, but with a hope that peckish voters won’t have to wait as long if enlisted workers can help the process move more smoothly. And, there’s a hope that the enrollment will improve voter turnout in the long run. Cardin notes, “People who work the polls at a younger age stay involved in civic engagement, and are more consistent voters throughout their life.” 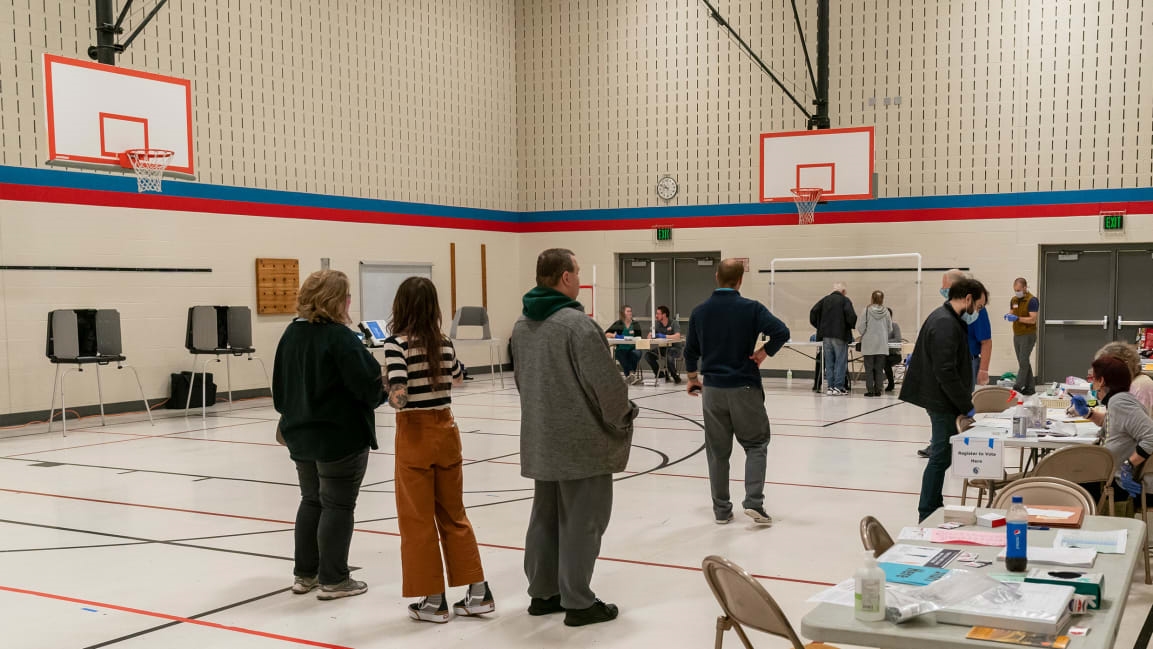